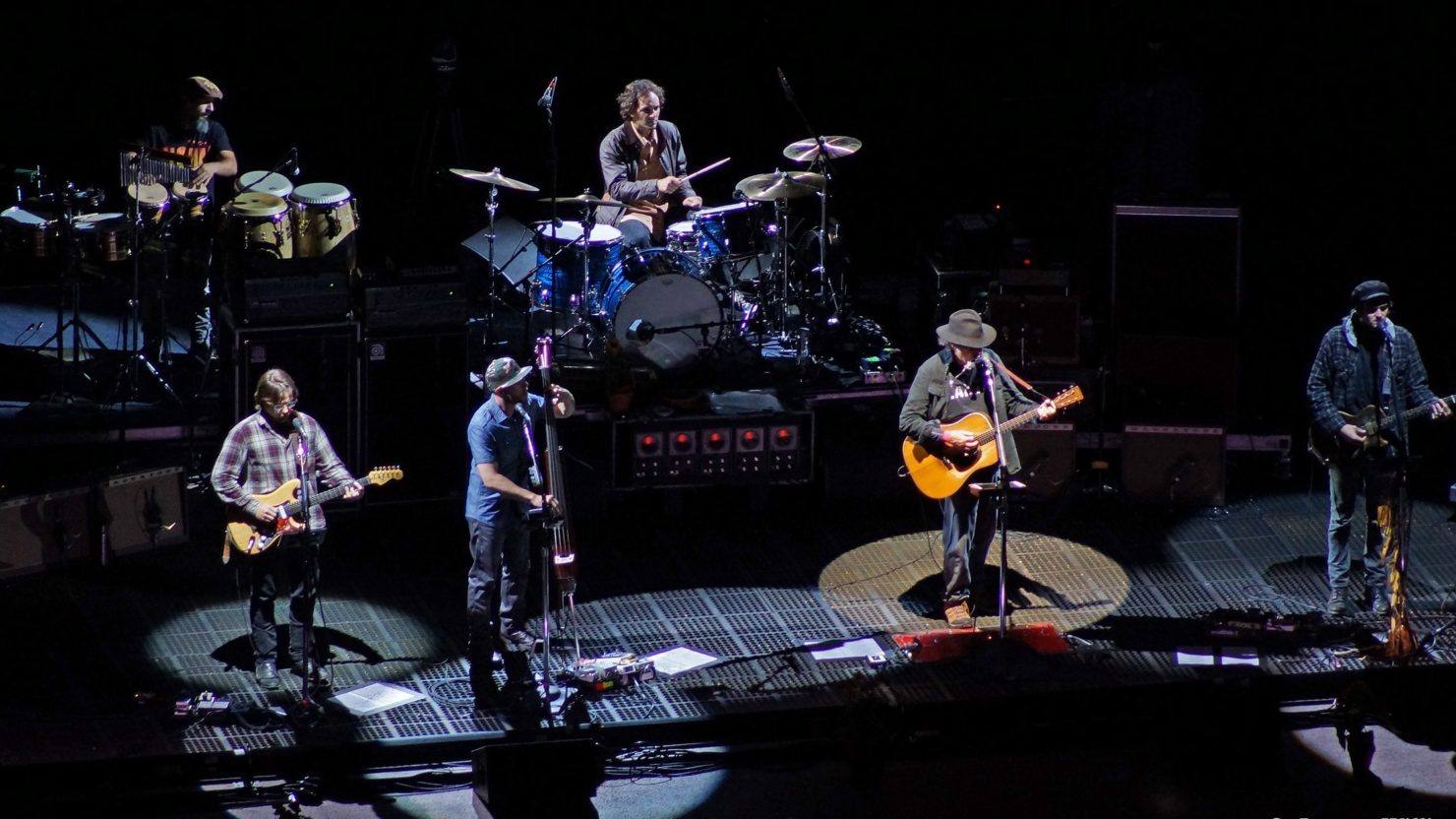 Watch “From Hank To Hendrix” from a live album and concert film that documents the band’s European tour in 2019.

Neil Young and Promise of The Real collected highlights from their European Tour 2019 for Noise & Flowersa live album and concert film to be released on August 5 via Reprise Records. Young and POTR shared a video of “From Hank To Hendrix” to give a preview of the 14 song collection.

On June 29, 2019, Neil Young & Promise Of The Real embarked on a series of nine shows across Europe, which is currently the group’s most recent tour. The field trip began two weeks after the death of Neil’s longtime manager and lifelong friend, Elliot Roberts. Young honored Roberts during the trek by playing next to an image of Elliot taped to his suitcase.

“Playing in His Memory” [made it] one of the most special tours ever,” Young wrote in the album’s liner notes. “We hit the road and took his amazing spirit with us in every song. This music does not belong to anyone. It’s in the air. Every note was played for the great friend of music, Elliot.”

Noise & Flowers features a mix of classics such as “Mr. Soul’, ‘Helpless’ and ‘Rockin’ In The Free World’, along with rarities ‘Field Of Opportunity’ and ‘On The Beach’, as well as ‘From Hank To Hendrix’ and ‘Throw Your Hatred Down’ from the 90s. other gems. The live album is available for pre-order on double vinyl and CD through Neil Young Archives’ The Greedy Hand Store, while the concert film directed by Young under his Bernard Shakey pseudonym and dhlovelife (Daryl Hannah) can be purchased as part of a Deluxe Edition Box Set or on Blu-Ray. Digital versions are coming to the Xstream Store at Neil Young Archives and most DSPs.

Watch Neil Young & Promise Of The Real’s “From Hank To Hendrix” by Noise & Flowers below: