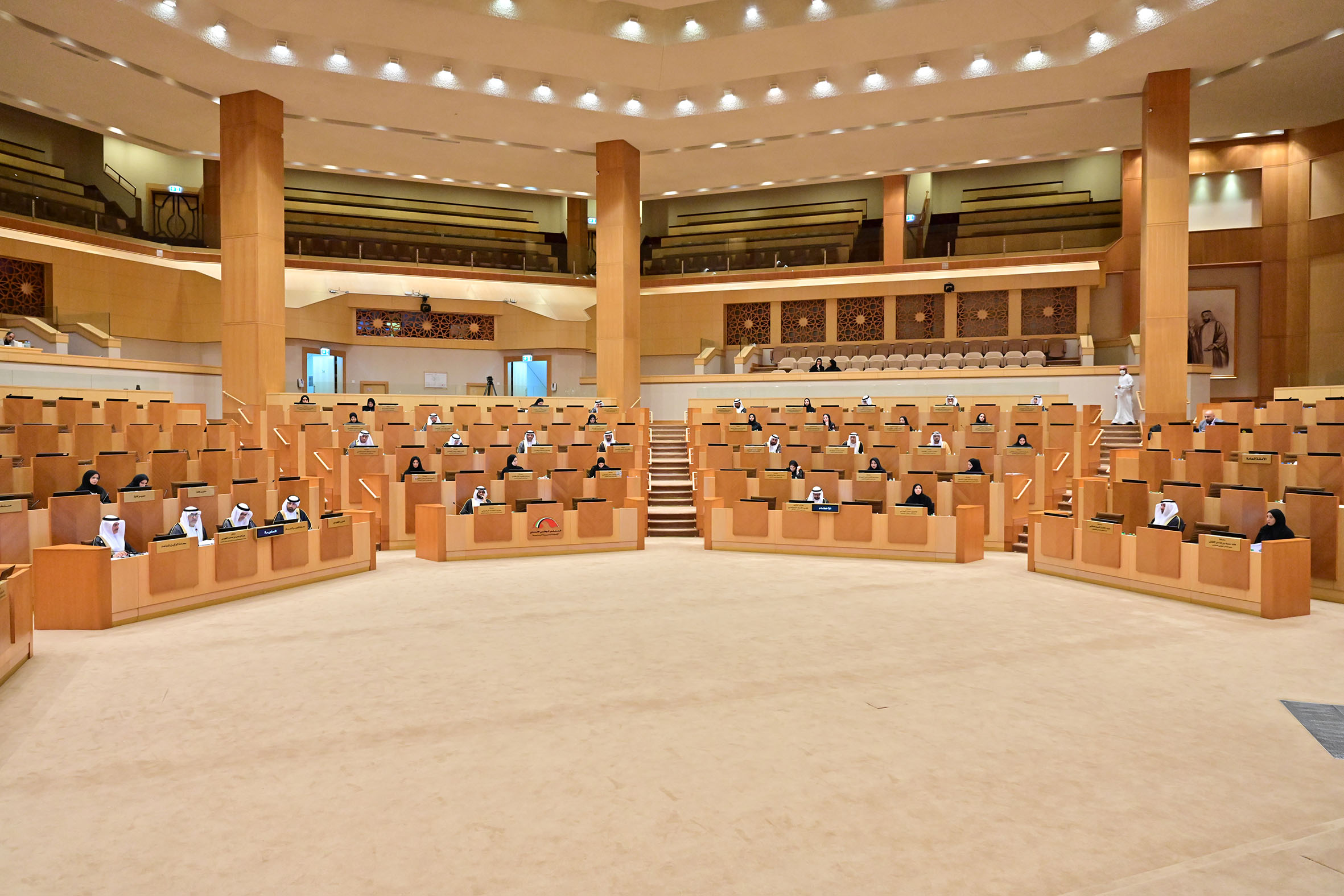 Next Tuesday, the Federal National Council will hold its 11th session of the third regular session of the 17th legislature, chaired by Council President Saqr Ghobash, to discuss two general topics, the first on “the policy of the Ministry of Energy and Infrastructure”, and the second, “The Sheikh Zayed Program Housing Policy”, and the adoption of my report and recommendations of the Committee on Islamic Affairs, Endowments and Public Utilities, headed by Saeed Rashid Al-Abedy, regarding to the two issues, in the presence of the Minister of Energy and Infrastructure Suhail bin Muhammad Faraj Al Mazrouei, a large number of ministers leaders and government representatives.

The President of the Council also announced at the meeting the referral of three draft federal laws received from the government to the relevant parliamentary committees, the first of which is a federal draft law amending some provisions of Federal Legislative Decree No. ) of 2019 on public finances (urgently referred to the Financial, Economic and Industrial Affairs Committee), the second, a federal draft law on cooperatives (referred as a matter of urgency to the Financial, Economic and Industrial Affairs Committee), and finally, a draft federal law on the approval of the consolidated final account of the union (consolidated financial statements) for the financial year ended December 31, 2021 (reference to the Committee on Financial, Economic and Industrial Affairs).