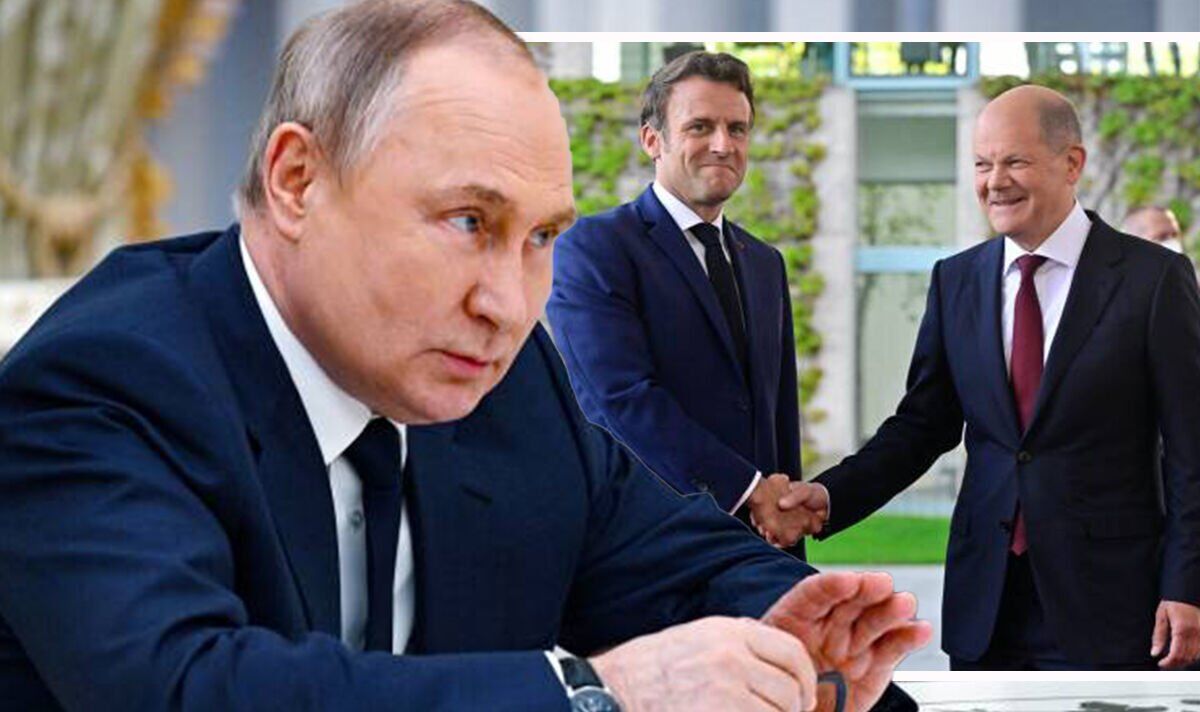 “However, we in Lithuania think it is impossible to talk to the leader of a state that is trying to redraw the map of Europe in the 21st century.”

The sentiment was doubled by Latvian Prime Minister Arturs Krisjanis Karins, who added that he was “confident that Putin will not start talks until he realizes he is starting to lose the war”.

So why are the leaders of France and Germany still making phone calls to the Russian despot?

In March, Macron said lines of communication with Moscow must remain open to avoid any risk of a “new world war” arising.