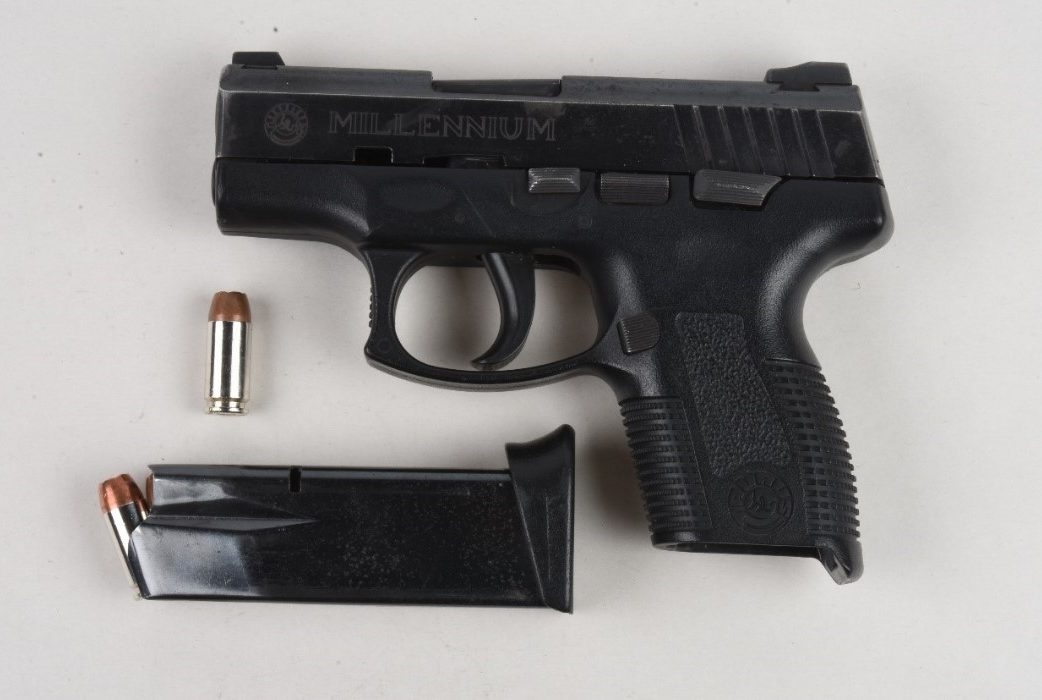 OTTAWA — A national freeze on the import, purchase, sale or otherwise transfer of handguns is a central feature of the firearms control legislation introduced Monday by federal liberals.

The measure will not completely ban handguns, allowing current owners to continue to own and use them, but seeks to limit the number already in Canada.

“This is a concrete and genuine national measure that will make a major contribution to the security of Canadians,” Prime Minister Justin Trudeau said at a news conference in Ottawa.

The bill would also allow the automatic withdrawal of firearms licenses from people who commit domestic violence or engage in criminal harassment, such as stalking.

The bill would create a new “red flag” law, allowing courts to require people who pose a danger to themselves or others to surrender their firearms to the police.

The government says the measure would safeguard the safety of those who come forward during the trial, often women at risk of domestic violence, by protecting their identities.

The Liberals also say they will demand that long-gun magazines be changed permanently so that they can never hold more than five rounds, and that they will ban the sale and transfer of large-capacity magazines under the Criminal Code.

However, the new bill comes amid intense gun safety debate on both sides of the Canada-U.S. border following an elementary school shooting that killed 19 children and two adults in Uvalde, Texas, last week. Earlier this month, 10 black people were gunned down at a grocery store in Buffalo, NY.

Trudeau said on Monday that people should feel free to go to a store, birthday park or picnic without worrying about gun violence, but unfortunately the problem in Canada has grown over the years. “We only need to look south of the border to know that if we don’t act vigorously and quickly, it will get worse and worse and harder to fight.”

Mendicino has already tabled legislative amendments to parliament to ensure the national gun freeze can be implemented quickly, the government said Monday.

“These regulations will help halt the growth of small arms in Canada and are expected to come into effect in the fall of 2022.”

According to federal statistics, the number of registered handguns in Canada increased by 71 percent between 2010 and 2020 to about 1.1 million. Handguns were the heaviest weapon present in most firearms-related violent crimes between 2009 and 2020.

Under the government plan, chief firearms officers would not be able to approve the transfer of a gun to individuals. Companies could continue to sell to other companies, such as film companies and museums, as well as to exempt individuals.

Exempt persons include those who transport valuable goods and elite marksmen who participate in or coach small arms events recognized by the International Olympic or Paralympic Committees.

The government had previously pledged to work with provinces and territories that wanted to ban handguns, an approach that has been criticized by some gun control proponents as a blueprint for an ineffective patchwork of regulations across Canada.

“Gun violence is a national problem that requires national solutions,” he said. “The Toronto City Council has been clear that it supports a national ban on small arms.”

But Teri Bryant, Alberta’s chief firearms officer, told a news conference Monday night that it’s already very difficult to get a gun in Canada, and that the money would be better spent on hiring staff in key firearms offices to do the job. provide a quick and thorough vetting of applicants, or on guards at the border.

“I’ve seen this package of measures today as a large amount of very symbolic virtue signage, and very thin on the things that will actually have an impact,” Brant said, noting that the proposed changes will put an additional burden on existing staff.

“It is the people who make the difference.”

The bill was widely praised by groups advocating for tighter controls, including PolySeSouvient, the Coalition for Gun Control and Canadian Doctors for Protection from Guns.

NDP critic Alistair MacGregor said his party wants to believe the announcement is an urgent priority and not just another political stunt.

“If the Liberals are finally serious this time around, the new Democrats are here to make it happen,” he said in a statement. “We are committed to addressing gun violence and making our communities safer.”

The legislation introduced on Monday builds on previous federal steps.

Two years ago, the government announced a ban on more than 1,500 models and variants of what it considers assault-style firearms. The Liberals plan to introduce a mandatory buyback program to compensate affected owners and businesses.

The government pledged Monday to ensure that such firearms are automatically banned in the future when they hit the market. “We will continue to work to ensure that new weapons that meet the definition of assault weapons are captured.”

The buyback plan has been praised by gun control proponents, but Conservative MPs and others opposed to the idea have suggested it targets legitimate gun owners rather than preventing illegal firearms from falling into the wrong hands.

Several women’s groups have recently pleaded with the government to repeal the “red flag” provision, a version of which was included in the bill that failed to pass last year.

The groups said it is transferring responsibility for enforcing gun laws from authorities onto others, including potential targets of violence.

“Citizens or other organizations, let alone potential victims, should not be expected to put themselves at risk by going to court to demand action that should be immediate and under the direct responsibility of the police,” it said. their letter.

The government appears to have acknowledged the concern by shielding the identities of vulnerable people during the course of justice.

Samantha Price, who was shot in the hip at age 17 in a 2018 shooting along Danforth Avenue in Toronto, was among those attending Monday’s press conference in Ottawa.

Price said she was “very happy” with the announcement, adding that it would “help us feel more secure.”

“You want to feel safe in your own community.”

— With files by Marie Woolf