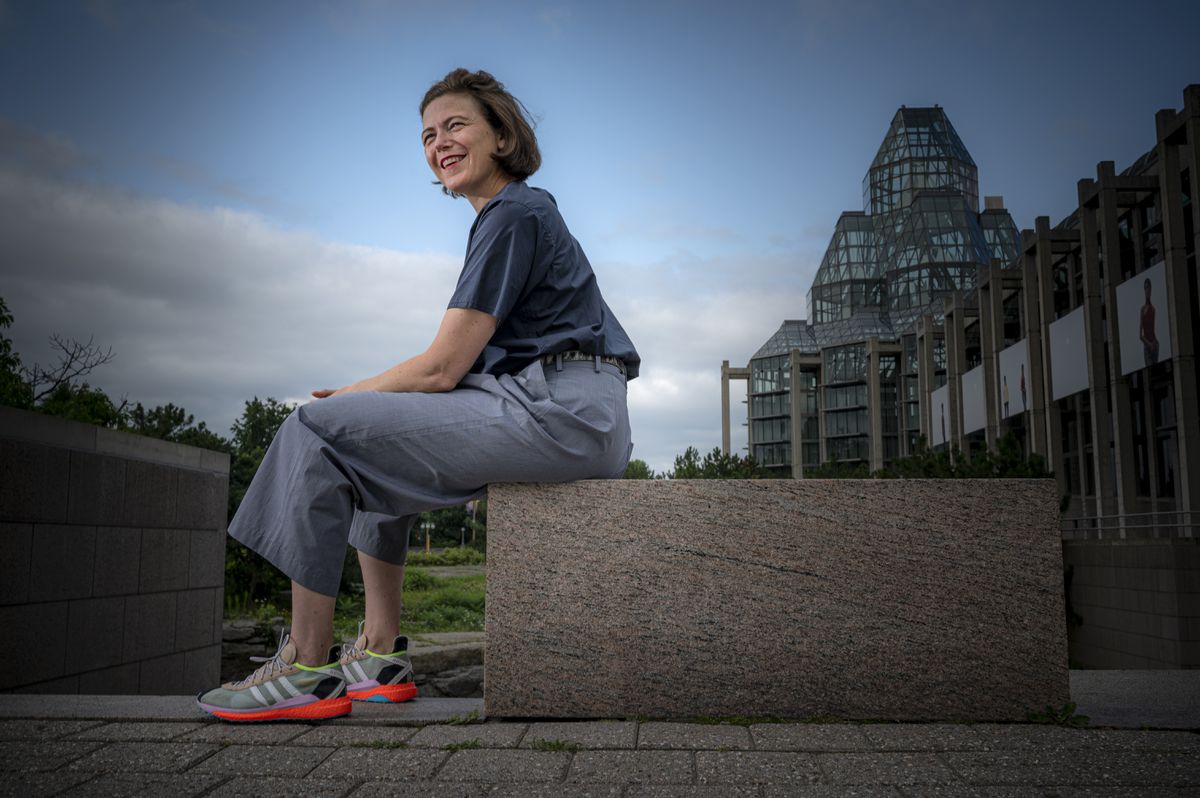 After three years as director and chief executive of the National Gallery of Canada, including establishing the institution’s first strategic plan, Sasha Suda departs to take a leadership role at a well-known art museum in the United States.

Starting in the fall, Dr. Suda is the director and CEO of the Philadelphia Museum of Art.

She heads to the PMA to replace beleaguered outgoing leader Timothy Rub, who was criticized last year for his handling of staff scandals, including reports of harassment and gender and equality issues.

The PMA was founded in 1877 and has more than 240,000 works of art. It is undergoing an 80,000-square-foot expansion designed by architect Frank Gehry, which is expected to be completed in 2028.

dr. Suda becomes the 14th director of the museum and the third woman in the post.

The shift was announced Tuesday with Françoise Lyon, the chairman of the board of directors of the National Gallery, who said Dr. Suda had achieved objectives including implementing the strategic plan and reinvigorating the organization’s institutional brand.

Released in May 2021, the plan for Canada’s premiere art museum included a series of commitments: to strengthen community connections through “transformative art experiences,” build a diverse and collaborative team, and consider Indigenous ways. of ‘knowing and thinking’.

dr. Suda said the gallery would “live” the plan and she noted that when the gallery held a high-profile Rembrandt exhibition, three curators and art historians were invited to tell the Dutch painter’s story through a Western, black and indigenous lens.

In consultation with Indigenous Elders, the gallery was given an Algonquin word, Ankosé, meaning “everything is connected”, to describe its new purpose.

dr. Suda said her departure will allow her to hand over the National Gallery’s leadership baton “at a very high point”.

Born in Orillia, Ont., and raised in Toronto, she arrived at the National Gallery in 2019, its youngest director since World War I.

She attended Princeton University and Williams College and received her PhD from the Institute of Fine Arts at New York University. She launched her career at the Metropolitan Museum of Art in New York before transferring to the Art Gallery of Ontario, where she was curator of European art.

Her leading role at the National Gallery was her first as museum director and she arrived a year before the pandemic and the challenges it brought from prolonged closures.

Further on, Dr. Suda, 41, takes on the challenge of assuming leadership responsibility at the PMA and her personal connections to the city.

She cited her studies at Princeton in New Jersey, “a stone’s throw” from Philadelphia. She said she spent a lot of time at the PMA; as an athlete she rowed in Philadelphia and there she has friends and colleagues.

In a statement, the Philadelphia Museum of Art said Dr. Suda brings a new generation of leadership to the institution and that she will mark a new era of growth and civic engagement.

“She is an accomplished art scholar with an inspiring vision for the future of the museum and a proven commitment to diversity, equality, inclusion and access,” said Leslie Anne Miller, chair of the board of trustees, in a statement. “Sasha is the leader we need in this transformative moment.”

When asked if she was sorry, Dr. Suda that she wished she could have stopped the pandemic. But she added, more seriously, that she has “no other regrets.”

Ms Lyon said the National Gallery will soon appoint an interim director and CEO and begin recruiting a new leader.

With a report from The Canadian Press

Subscribers only: Get exclusive political news and analytics by signing up for the Political briefing†