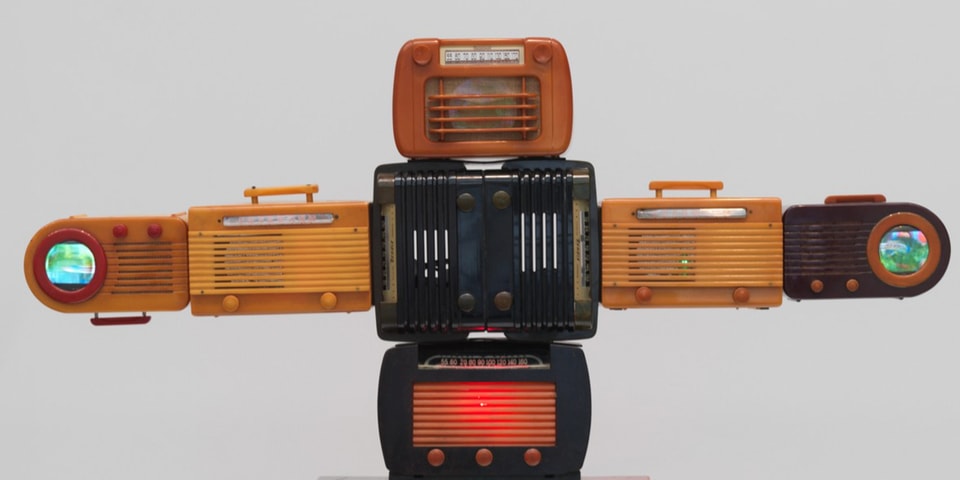 Gagosian unveiled the first part of a series of two exhibitions by iconic Korean-American artist Nam June Paik. Paik’s mesmerizing installations are remembered as a pioneer of video art and are influenced by the extensive international background that has shaped him – from his hometown of Seoul to Japan, where he attended university, and then on to West Germany, where he became an integral member of the Fluxus art movement of the 1950s to New York City, where Paik shifted further into the avant-garde movements of the 1960s.

In Art in Progress: Part One, the gallery presents a wide variety of paintings and video sculptures spanning four decades of Paik’s career. Inspired by a variety of global and historical references such as the Silk Road, Indian sculptures and the advent of television, Paik’s multimedia work serves as a precursor to today’s hyper-connected world full of mass communication, artificial intelligence and the blurring of artistic disciplines.

The exhibit is on view at Gagosian’s 555 West 24th Street location until July 22. The second part of the series will begin from July 19 to August 26 at the Park & ​​75 outpost of the New York gallery.