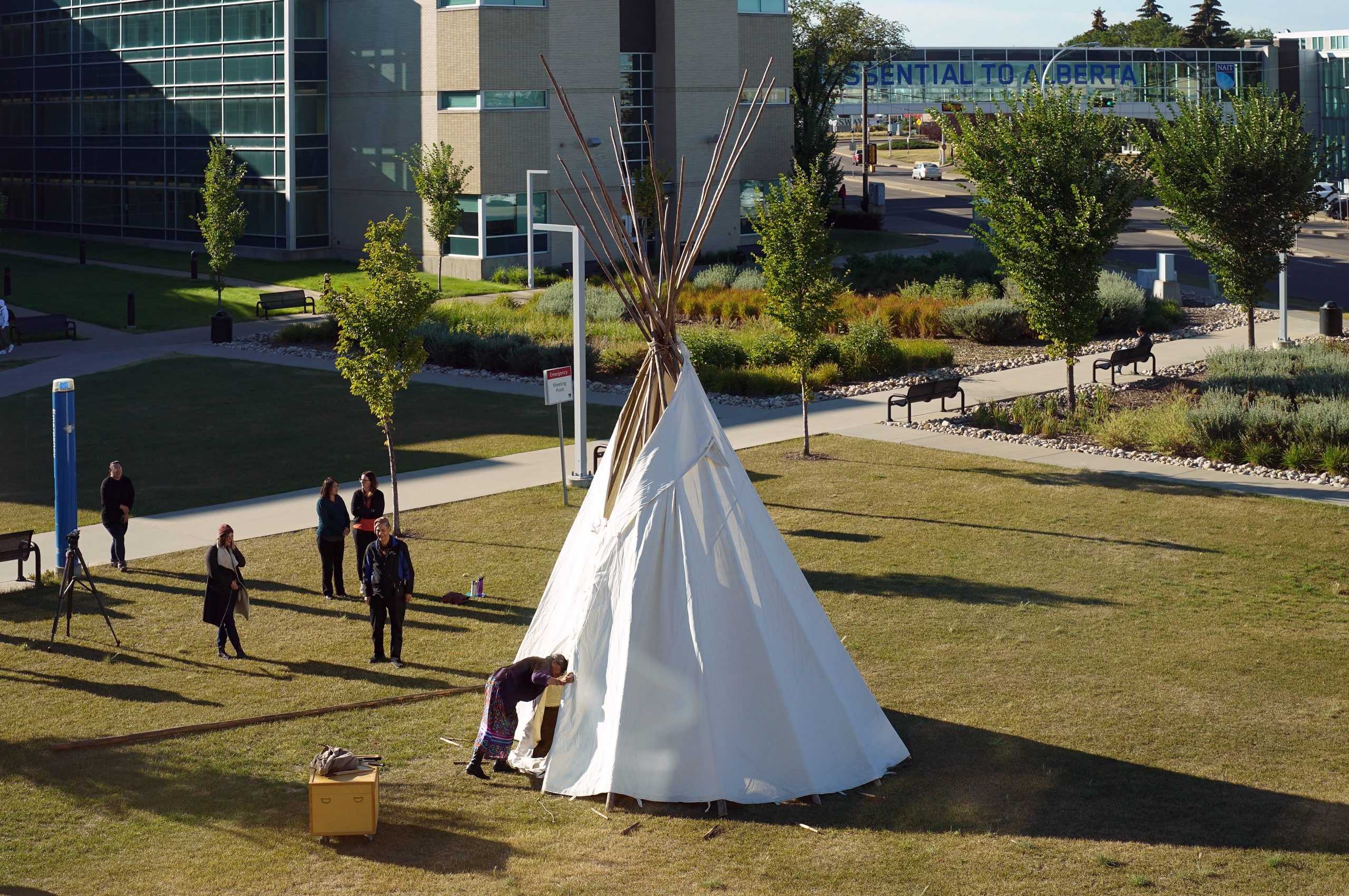 The Northern Alberta Institute of Technology (NAIT) raised a teepee in its quad bike on its Edmonton campus on Thursday in honor of Aboriginal Culture Day, an annual celebration of Indigenous identity, traditions and knowledge.

“Everything we do has some kind of doctrine behind it, and the purpose of why we do it,” Thunder said of the events planned for the day, which also include a pipe ceremony and a stew and bannock party, as well as powwow and Dancing metis.

“People won’t know who we are unless we provide opportunities like this to show who we are,” Thunder added.

Each of the 15 poles used to build the structure represents values, Whiskeyjack explained, such as honesty, patience, humility, kindness and sharing.

“Any kind of values ​​attached to one of those poles is how the mothers took care of the children in a home and how they would raise them,” he added.

The tipi started out as a tripod that saw the first three posts tied with rope at their intersection about two-thirds of the way up. Volunteers then helped Thunder, Whiskeyjack and others plant subsequent posts while a man circled the frame with a length of rope tying each new addition to the site.

After helpers wrapped the frame in canvas and pushed the pole base out for a snug fit, third-year undergraduate business student Rena Gladue helped the team hammer poles to keep the teepee on the ground.

With Indigenous and Jamaican roots, Gladue said she was drawn to the event out of a sense of pride for her heritage — an appreciation she gained after working for organizations such as the Nechi Institute, which provides health and wellness programs for Indigenous communities.

“That’s where I started learning about my culture, and I never knew how beautiful it was,” she said, adding that she plans to attend a women’s circle scheduled for Thursday’s celebration.

Aboriginal Culture Day at NAIT also kicks off a week of Indigenous programming leading up to Canada’s second National Day of Truth and Reconciliation, a federal legal holiday honoring residential school survivors, their families and communities, and the children who never returned home.

“Our parents, many of them were not even connected to their culture because they went to residential schools,” Gladue added, noting that indigenous languages ​​and customs were often banned in those institutions. “They had nothing to teach their kids about their culture, so I feel like that happened to me.”

The annual celebration at NAIT was set well before the federal holiday, Thunder said, and the college decided to keep its scheduled programming to recognize both Indigenous identity and perseverance.

“We get to celebrate who was there because it tells people that no matter what happened in Aboriginal history, we’re still here,” he said. “We should celebrate the traditions we have and be proud of who we are and where we come from.”