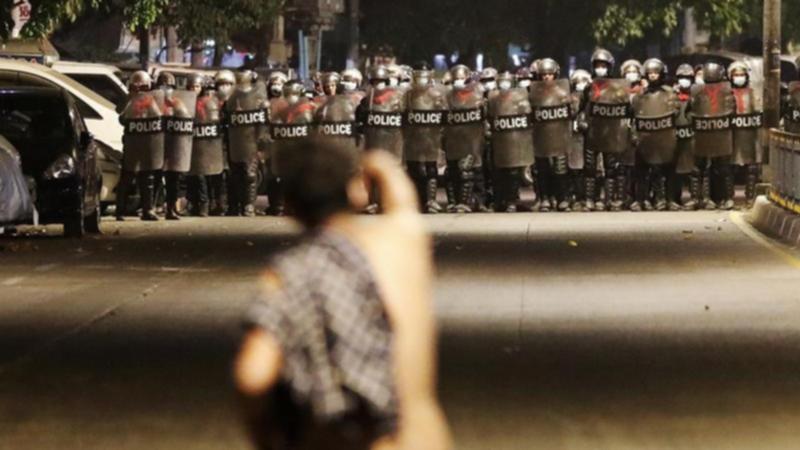 Government Spokesperson Major General. Zaw Min Tun said the decision to carry out the hangings was upheld after the four legal appeals were dismissed.

The United Nations, which has advocated the death penalty, called the Myanmar military’s decision to execute the two pro-democracy activists “a blatant violation” of the right to life, liberty and security guaranteed in the Universal Declaration of the United Nations. Human rights.

Last year’s takeover of the army sparked nationwide popular protests, which turned into a small uprising after nonviolent demonstrations were countered with deadly force by the security forces. The Assistance Association estimates that 1,887 civilians have been killed at the hands of the police and military in a crackdown on opponents of military rule.

It is widely believed that the last judicial execution carried out in Myanmar was of another political perpetrator, student leader Salai Tin Maung Oo, in 1976 under a previous military government led by dictator Ne Win.

In 2014, the sentences of death row inmates were commuted to life sentences, but between then and the takeover last year, several dozen convicts were sentenced to death.

Phyo Zeya Thaw, aka Maung Kyaw, and Kyaw Min Yu were sentenced to death by a closed military court in January this year. They were found guilty of explosive charges, bombings and terrorist financing.

Phyo Zeya Thaw was a hip-hop musician before joining Generation Wave, a political movement founded in 2007.

He was arrested last November on charges of possessing weapons and ammunition, according to a report in a then-state newspaper. He said he had been arrested based on information from people detained a day earlier for shooting security personnel.

Kyaw Min Yu is one of the leaders of the 88 Generation Students Group, veterans of a failed popular uprising in 1988 against military rule.

Since then, he has been politically active and has spent more than twelve years behind bars. He was arrested in Yangon last October.

The other two men on death row, Hla Myo Aung and Aung Thura Zaw, were convicted in April last year of allegedly torturing and murdering a woman in Yangon. They attacked her as an alleged military informant and killed her in March 2021, according to an April 2021 statement from the Office of the Commander in Chief of Defense Services.