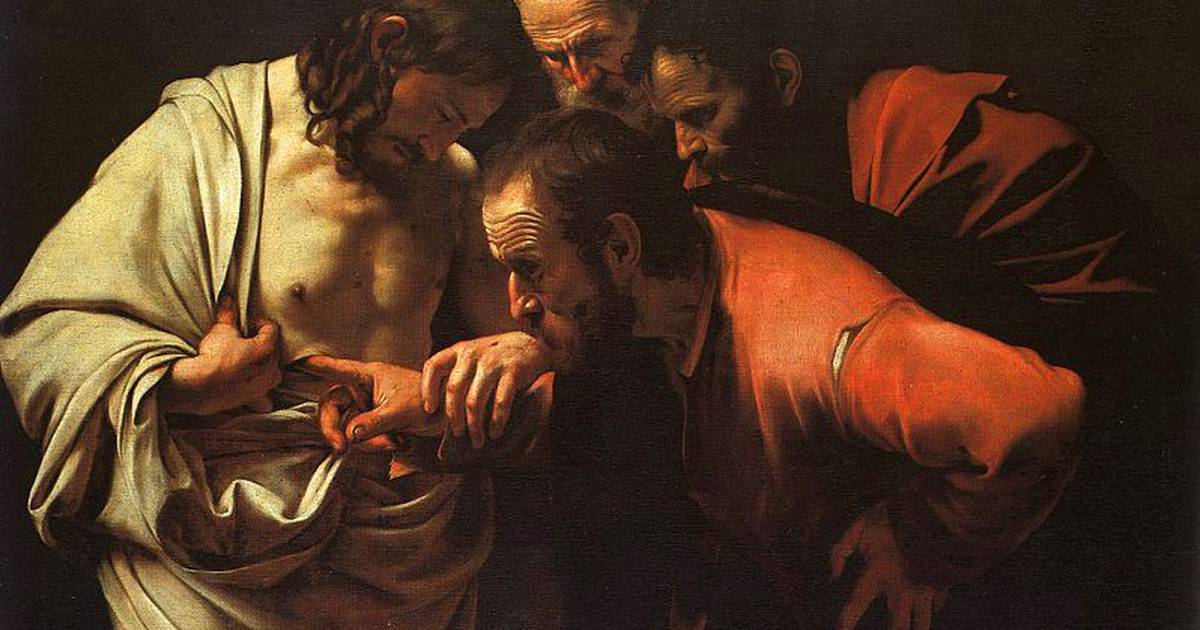 Tomorrow is the feast of Saint Thomas the Apostle. Thomas always reminds me of the little boy in The Emperor’s New Clothes. In this story, two crooks convince the Emperor (and the entire court) that the beautiful royal robe they have woven cannot be seen by those who are foolish or inferior. The entire kingdom lines the streets to admire the Emperor as he displays his dazzling new robes. While everyone else is dutifully cheering, only one little boy shows up and says the obvious, “The Emperor wears no clothes!”

On the few occasions when Thomas appears in the Gospels, we can see that he is an honest, authentic person, willing to say what he thinks in a way that no one else is.

One of those moments is when Jesus tries to prepare his small group of friends for his imminent departure – his death. He promised to prepare a place for his friends to join him. “You know the way to where I’m going”, said Jesus.

Was there a bit of an embarrassing silence at the time?

And Thomas said, “Actually, Lord, we have no idea where you’re going, so how on earth can we know the way there?” Of all the disciples, only Thomas was honest enough to say, “I don’t know what you’re talking about”† even though all the disciples must have thought so.

Then, after his resurrection, Jesus appears to his friends, and they rejoice and understand that he has risen after three days as he had promised. But Thomas wasn’t there at the time, and when he’s told about it later, he just doesn’t feel like it. He saw Jesus dead, and he knows full well that people never come back to life. Not really.

Thomas is not pretending. He doesn’t show that he believes things that don’t make sense to him. He doesn’t pretend to understand things he doesn’t.

This honesty and sensible candor is a great gift to us in the Church. We’re used to hearing Thomas call “doubting Thomas” contemptuously, as if he should have known better. Yet doubt is not a sin. To express doubt is to be honest and real, and suppressing doubt does not make it disappear, doubt must be brought to light. Doubt is not the opposite of belief, for both doubt and belief have to do with the unseen—two sides of the same coin. In fact, the opposite of faith is certainty.

Thomas knew what he needed and he expressed it clearly – another gift to those around him. “I must see him and touch his wounds myself before I will believe”† And Jesus appeared again in the locked room and invited Thomas to bring his doubts to him. Jesus took Thomas’ doubt and turned it into faith. And Thomas expressed his newly minted faith in joyful spontaneous recognition: “My Lord and my God!”

The word Thomas uses here for God is unambiguous – the Greek “O Theos” means God in the absolute sense, not just Master or Teacher. Thomas is the first person to explicitly recognize the divinity of Jesus, and he goes on to take the gospel to the East, where he was martyred in Madras. He is venerated as the patron saint of India and loved and revered by Christians around the world. March Thomas. Saint Thomas.

And what about us, here in 21st century Europe? We cannot touch the wounds of Jesus. But we are able to be honest with God with our doubts and our fears. In faith we are invited to bring our doubts to Jesus. And Jesus has promised that he will especially honor us—we who have never seen him in the flesh—when we recognize him as our Lord and our God, our way, our truth, our life.

Lord, we believe. Help our disbelief.