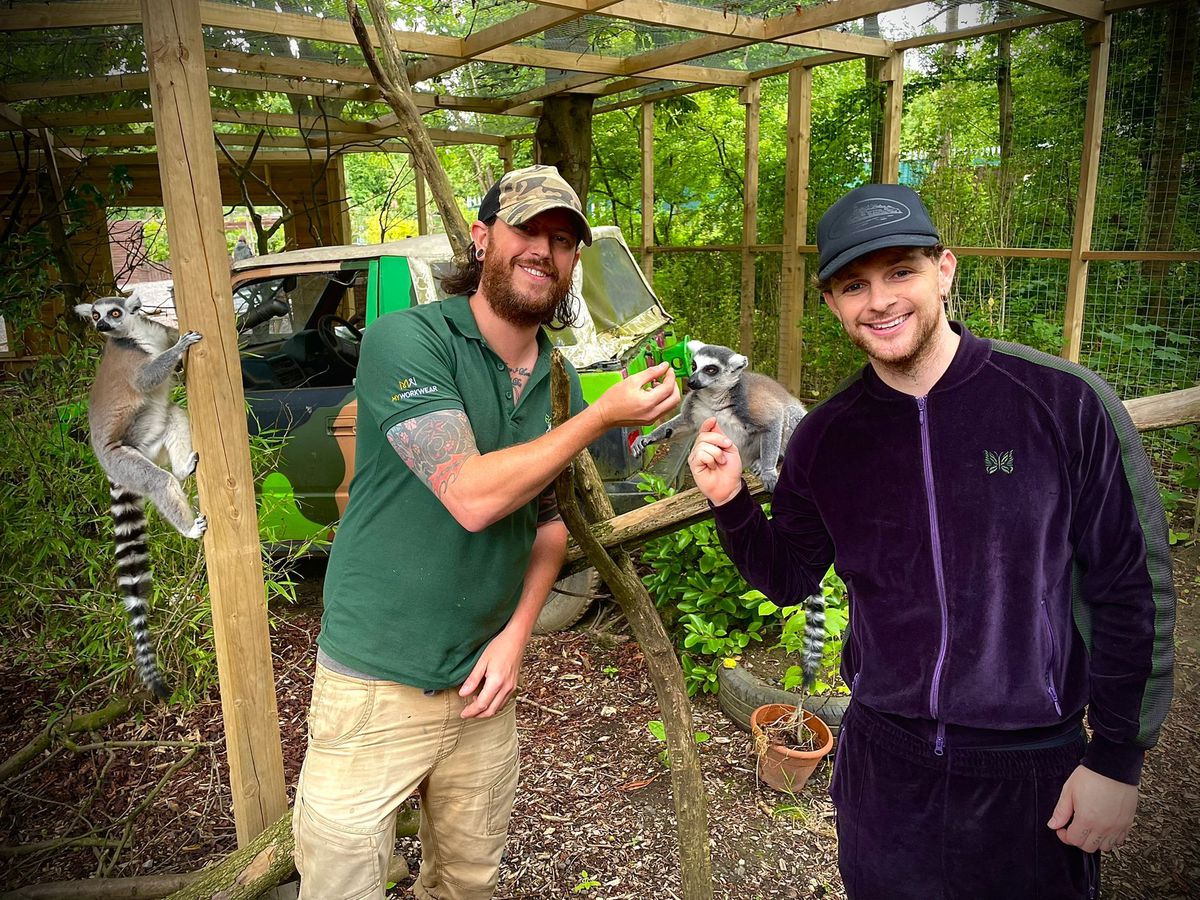 The Bedford Singer-Songwriter rose to fame in 2016 after performing as a guest vocalist on Chase and Status’s song All Goes Wrong.

Now he has two studio albums to his credit and has received two Brit Award nominations, including British Song of the Year for ‘Little Bit of Love’.

Before performing in front of a huge crowd of fans at the Telford QEII Arena last night, he spent the day meeting some of the animals at the Exotic Zoo Wildlife Park, Dawley in Telford.

Tom met the team at the zoo who were happy to give him a tour of the game park where he fed and taught the lemurs – Julian and Julia the zoo Ring-tailed lemurs from Madagascar.

“He put everyone on the guest list for the show at Telford Town Park and it was a nice end to the day.”

Tom stopped by to take pictures with fans and did a big Instagram story for the Exotic Zoo highlighting the work they do and the experiences they have to offer.

One of his videos shows him interacting with the lemurs and holding a baby goat who says, “If this doesn’t melt your heart, I don’t know what is.”

For a small but award-winning zoo, visits from stars like Tom Grennan help support tourism in the area.

Scott joked that he is now waiting for Bryan Adams to visit them today for his performance tonight.