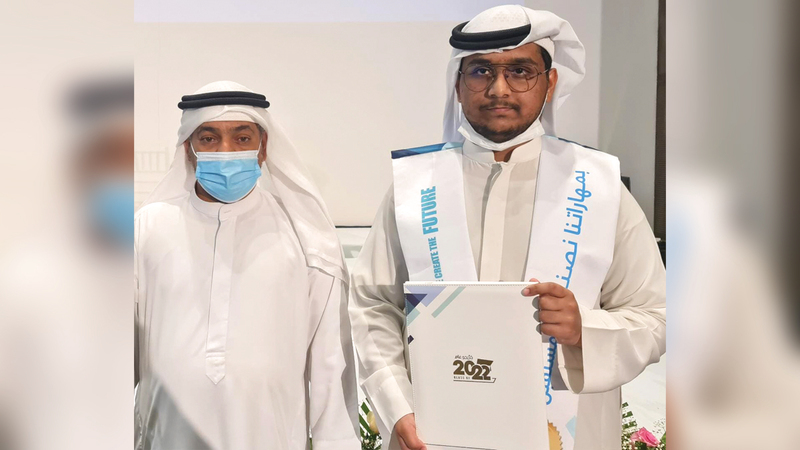 Student Muhammad Obaid Muhammad bin Ahmed Al Tunaiji, first in the Applied Technology Secondary School in Umm Al Quwain, a general course, confirmed that he could not contain himself from happiness when he heard the news, saying: “The leaders of the state inspired me with ambition and striving for first place in everything.”

Al-Tunaiji expressed his great joy for getting the first place, which he sought with zeal and support from his parents, who wanted to create the right academic atmosphere for him throughout the year and face all the challenges he encountered .

He pointed out that the biggest challenge he faced was getting the year-end exams on paper after he got used to the electronic exams. serve his country, which has always provided all the resources, capabilities and support to every citizen and resident of the country.

He added that he chose the electrical engineering major at Khalifa University of Science and Technology so that after graduation he could be a productive and educated individual in his specialization.