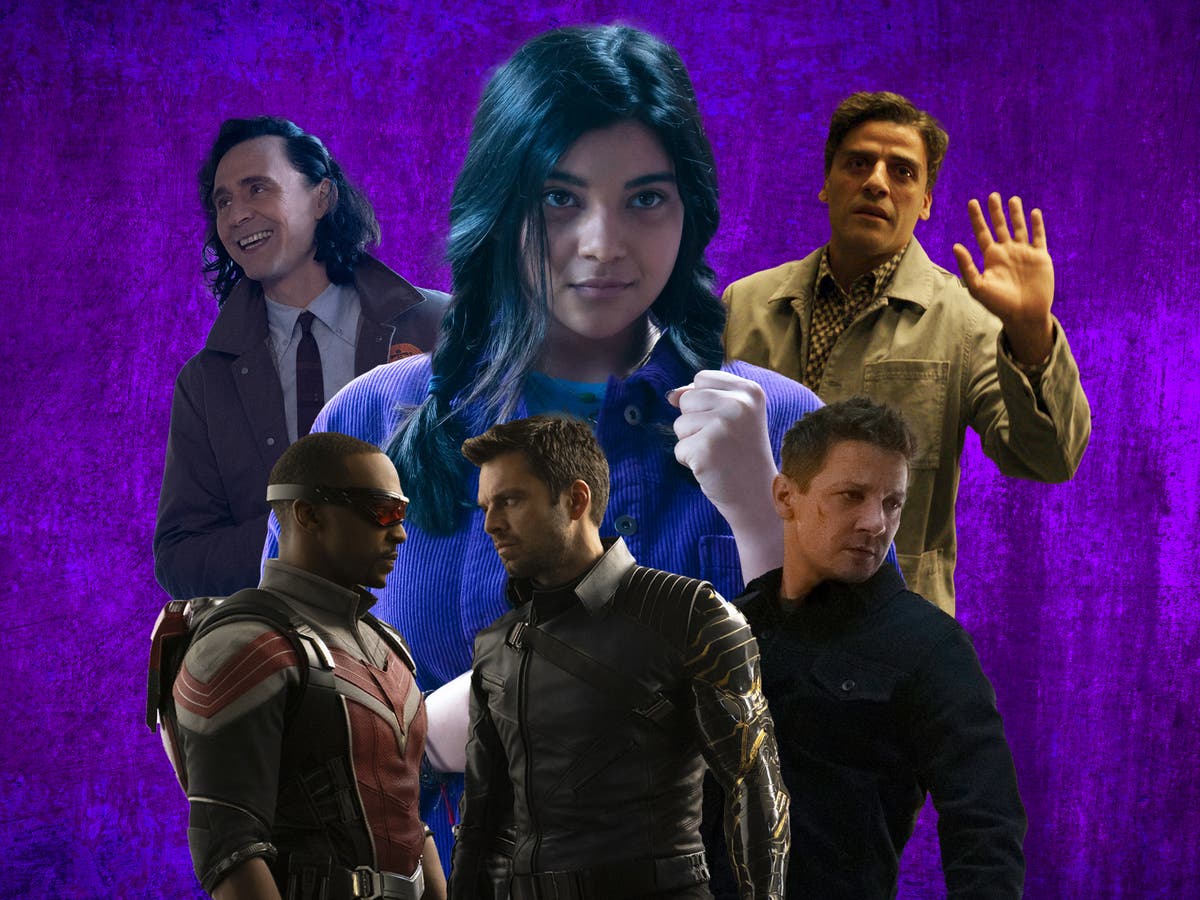 the latest addition to the Marvel universe has the potential to become the most revolutionary superhero event of 2022. Mrs. Marvel, which debuts this week on Disney+, stars Iman Vellani as Kamala Khan, a 16-year-old Pakistani-American high school student from a Muslim family living in Jersey City. Written and directed by Pakistani-British comedian Bisha K Ali (whose resume includes Netflix’s Sex education), the six-part series — about a magical bracelet that grants Kamala cosmic powers and transforms her into the hero of the title — promises to raise the bar for representation in the superhero genre on both sides of the camera.

but while Mrs. Marvel, the seventh of Disney+’s Marvel shows, could very well be a shining light in caped entertainment — Ali has said he wants to portray a “realistic, non-stereotypical, Muslim family” — it remains to be seen if it can shine bright enough to cover up the huge flaws in Marvel’s TV strategy. I’ve stumbled from misfire to misfire since arriving 18 months ago from WandaVisionThe studio’s live television offerings have already undone much of its good work in film.

Until Disney+, Marvel had taken on every challenge. It overcame the early shortcomings of 2008 The Incredible Hulk – starring the incredible mugs Edward Norton – along with Christopher Eccleston’s doctor who baddie routine in Thor: The Dark World in 2013. And it somehow made us forget Avengers: Age of Ultron (2015), with its intricate plot and disjointed action — not to mention the quickly broken romance Joss Whedon had conceived between Black Widow and Bruce Banner.

Marvel instead soared higher and higher with its further Avengers and Guardians of the Galaxy movies, along with witty, self-aware brand extensions like Taika Waititi’s Thor: Ragnarok† But that sense of a unified vision is completely gone with the six Disney+ series released to date, including Loki and hawk eye† The undeniable fact is that Marvel’s TV universe has been wildly inconsistent in tone and quality – and thus has the potential to strip the shine off the previously flawless Marvel brand.

The obvious counterpoint is that there have been duff Marvel movies as well – the aforementioned Hulk and Age of Ultron, for example. Not to mention the tough last year Eternals and Sam Raimi’s recent Doctor Strange in the Multiverse of Madness, which languished in two- and three-star reviews. The difference is that even dubious Marvel movies are brought down with relative ease, always in tune with the wider cinematic universe. While WandaVision† The Falcon and the Winter Soldier and the just decided Moon Knight are often shockingly paced and tonally confusing, breaking the spell that Marvel has worked so hard to create. They don’t so much dab the notebook as tear it up and throw the shredded pages out the window.

It’s hard to deny that all of Marvel’s TV series are hugely flawed. WandaVision, for example, disastrously jettisoned its early black-and-white sitcom look for a disappointing finale drenched in CGI. The generally excellent Loki also threw away all his hard work with a flop conclusion that pulled a new villain — a version of Kang the Conqueror — out of a hat. It reduced the stories from the previous five episodes to a glorious distraction, namely the very significant revelation that Tom Hiddleston’s titular impostor was bisexual.

Some of the shows’ other decisions were downright awful. early in WandaVision, Marvel diehards determined that curious neighbor Agatha (Kathryn Hahn) was the cosmic witch Agatha Harkness – and hoped that the great villain Mephisto would finally be revealed as the one pulling the strings. There was disappointment when that didn’t happen (perhaps comic book fans should learn to accept that a female villain is just as valid as the male variant). In The Falcon and the Winter Soldier, copious hints about a “big bad guy” called The Power Broker yielded the soggy squib revelation that the hidden nasty was actually Sharon Carter (Emily VanCamp) from Captain America: The Winter Soldier† That was a double disappointment – a twist that fell flat and a betrayal of a protagonist who deserved better.

Those are just the standouts. The worst Marvel shows have been a waste of everyone’s time. hawk eye only served to remind us why we were so bored with Jeremy Renner’s bow and arrow-wielding tough guy in the first place (it would have flopped completely without his charismatic counterpart Hailee Steinfeld). And, a few weeks after the final, the only thing anyone remembers Moon Knight is Oscar Isaac’s common sense-influencing Frank Spencer accent. Shockingly, all of this has unfolded under the supervision of Marvel Studios president Kevin Feige. He’s the architect of the MCU – so why has his golden touch let him down when it comes to Disney+ offerings?

Marvel’s movies are testament to his ability to consistently pull rabbits out of hats. With 2008’s Iron Manit turned a C-list hero and a washed-up Robert Downey Jr into megastars. Guardians of the Universe made us invest in crazy heroes, including a talking bush voiced by Vin Diesel. It shouldn’t have worked. And yet it did. So it’s strange that the studio’s prodigious manners have let it down so emphatically when it comes to television.

There’s the added problem that by sending Ms. Marvel to the small screen, Disney is denying her a chance at multiplex glory. How much more revolutionary would it be to give her the full movie treatment. Television is well and good, but not everyone has a Disney+ subscription, while a theatrical rollout could have set Khan in front of many more eyeballs. Imagine how much less iconic Chadwick Boseman’s Black Panther would have been had it been downgraded to a six-part limited series.

Mrs. Marvel and this august She-Hulk: Lawyer (Marvel does) Ally McBeal, judging by the trailers) could go against that trend and be a real reason to subscribe to Disney+. But the risk is high: Another TV disappointment would be another blow to Feige’s Marvel. For years, the studio defied gravity and showed that superheroes could be likeable, funny and full of emotional depth. But something has been lost in their move to the small screen. The questionable quality of these shows is the loose thread that could unravel the whole endeavor.