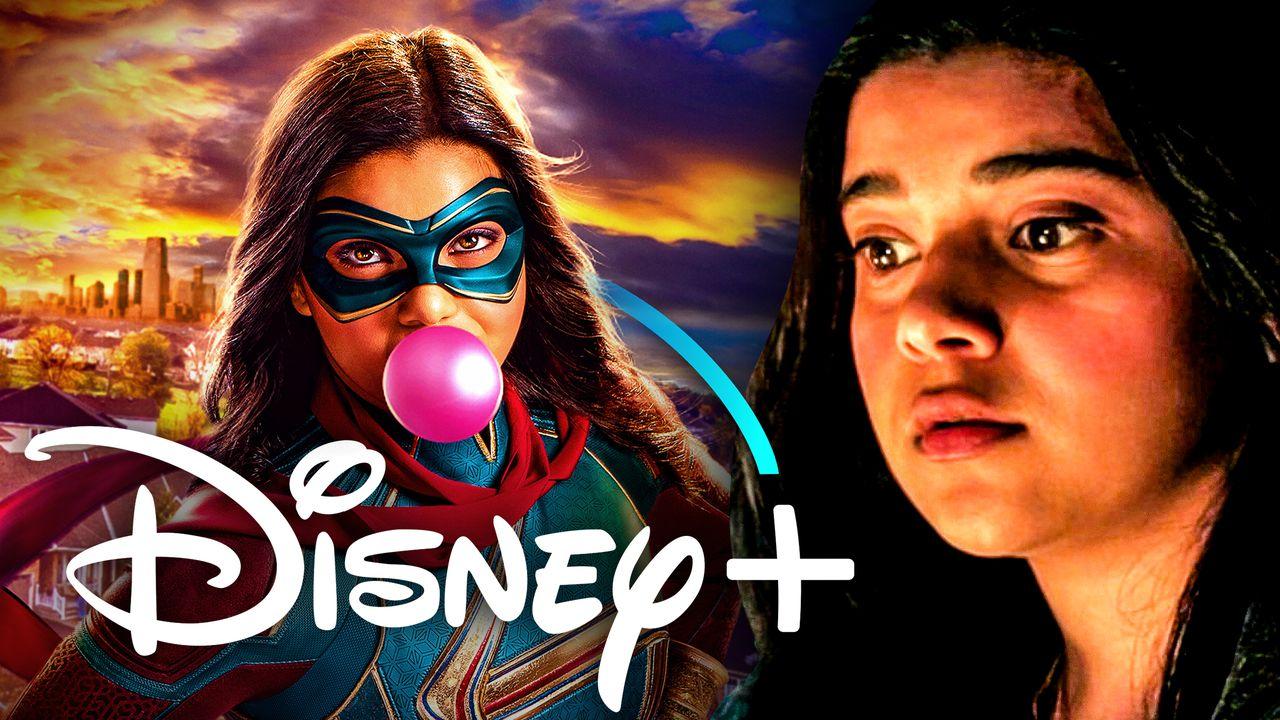 After a breakthrough in the entertainment industry with Bad boys for life in 2020, the directorial duo of Adil El Arbi and Billal Fallah broke into the superhero genre by signing with Marvel Studios to direct Mrs. Marvel† It seemed like a match made in heaven as they take on the MCU’s first Pakistani hero and one of the youngest protagonists in Marvel lore, but it wasn’t the smoothest ride after the first episode.

Numerous Phase 4 projects have been subject to fan bombing, largely including racist and homophobic language from fans, which has again happened to Mrs. Marvel† While many of the complaints surround the change in Kamala’s powers, others blatantly claimed Marvel was “bow to the awake crowd” rather than focusing on what Marvel fans actually wanted to see.

Since Kamala Khan is such an exciting new character for Marvel Studios to introduce, it’s certainly disappointing to see so much negativity based on something that really shouldn’t be a topic of conversation. This is a problem that the higher folks at Marvel Studios see too, but in a recent interview, Mrs. MarvelThe directing duo shared why it’s not something they pay much attention to in the long run.

El Arbi considered it taking “the good and the bad”, noting how the fandom is their biggest reason for being in the company in the first place. He and Fallah largely wanted… “focus only on the positive aspects” and make sure the fandom gets to see the best of the MCU, in hopes that younger fans in particular will enjoy diving into this new story:

†Well, I think fandom values ​​are a reflection of society, you know, so you have to have the good and the bad. We believe that it is generally good. I mean, fandom to us is why we make these TV shows and movies. They make Marvel MCU heroes great and that’s why we have AvengerCon. We try to pay that tribute to the fandom. That’s why Kamala Khan is a fan. You also have to respect the fandom because they are so passionate about that. I think we tend to focus only on the positive aspects of them, because of the love and care they give. You don’t get that in any other job and it’s a real pleasure. We hope that our modest contribution to the MCU will please fandom around the world, especially the younger fandom.”

El Arbi also noted how Mrs. Marvel helped the duo tap into their own identities as they faced similar challenges working through that internal struggle, just like Kamala Khan:

“Well, when we discovered the comics, we had a relationship with that character because we’re Moroccan, Belgian and Muslim. Growing up as teenagers, we were looking for our own identity. You know, †What is our place?’ Are we Muslims or Moroccans? Are we Belgians?’ and not finding our place in either one because we were teenagers, that identity crisis and everything.”

This same concept applied even further to Kamala Khan, and Iman Vellani fully understood that idea from her own Pakistani background.

El Arbi explained how he and Fallah used some of their own experiences in the show itself, especially those that also happened in comics featuring Ms. Marvel. This was also just the beginning of the parallels, as he looked at how much of a diehard MCU fan Vellani is while playing a character who so idolizes Earth’s mightiest heroes:

“And that’s like Kamala Khan among the Pakistani Muslim American culture. Iman Vellani is a Pakistani Canadian, so she understood that character so well. And we put a lot of our experiences, our cultural background, the relationship with the family, the parents – all the other cultural aspects like going to the mosque were also present in the comic book which was very relatable And Iman Vellani like the character is the biggest MCU fan out there She loves Kevin Feige and he is her idol. Iron Man is her favorite movie. She never thought she would be part of the MCU. And suddenly she’s an actress. She is the main character, a superhero! And that’s like Kamala Khan looking up to Captain Marvel. And suddenly she has super powers. So you see a lot of parallels between our story, [Ms. Marvel comic creator] The story of Sana Amanat, and the story of Iman Vellani.”

Fallah then spoke about the final scene in Episode 1, when Kamala sneaks back into her room and runs into her mother, which, according to the director, happened to him when he was young. While making it clear that Kamala’s experiences are the same as those people go through in the real world, he explained that the show is meant to show how important friends and family are in Kamala’s life:

“When I was young, you know I went out and my mom caught me in the middle of the night. All those things – all these things are so recognizable and that too [common] conflict because my parents are traditional moroccan and i am young and i wanted to do that. So all those things were very recognizable and personal to me. But just like on my life journey, in chasing my dream, my family and my friends supported me. And it’s what you see, I think, in this TV show that the family and friends are Kamala Khan’s real superpower. And she has to go deep into her roots to really understand where she is and who she is.”

Although the directors of Mrs. Marvel can’t quite escape the negative reviews for their show, they make sure their focus is on the positives delivered so far.

Given how the values ​​of the MCU fandom somewhat mirror the values ​​of society, it makes sense that Marvel Studios would bring some of that real feel into the story, especially given the extent to which the franchise strives to improve on-screen display. . It’s also an opportunity to showcase just how big fandom has grown over the past decade, with Kamala Khan getting the chance to embody that love for Marvel’s heroes in the show itself.

Hopefully Marvel will work with Mrs. Marvel will be able to avoid the kind of commentary some fans blasted online after Episode 1, which also happens with Star Wars as Obi-Wan Kenobi makes its concurrent run on Disney+. Thankfully, El Arbi and Fallah don’t seem to have such negativity in their heads at all, as they seize the opportunity to add another layer of thrilling storytelling to the MCU’s growing legacy.

The first episode of Mrs. Marvel is now available to stream on Disney+. Episode 2 will be released on Wednesday 15 June.