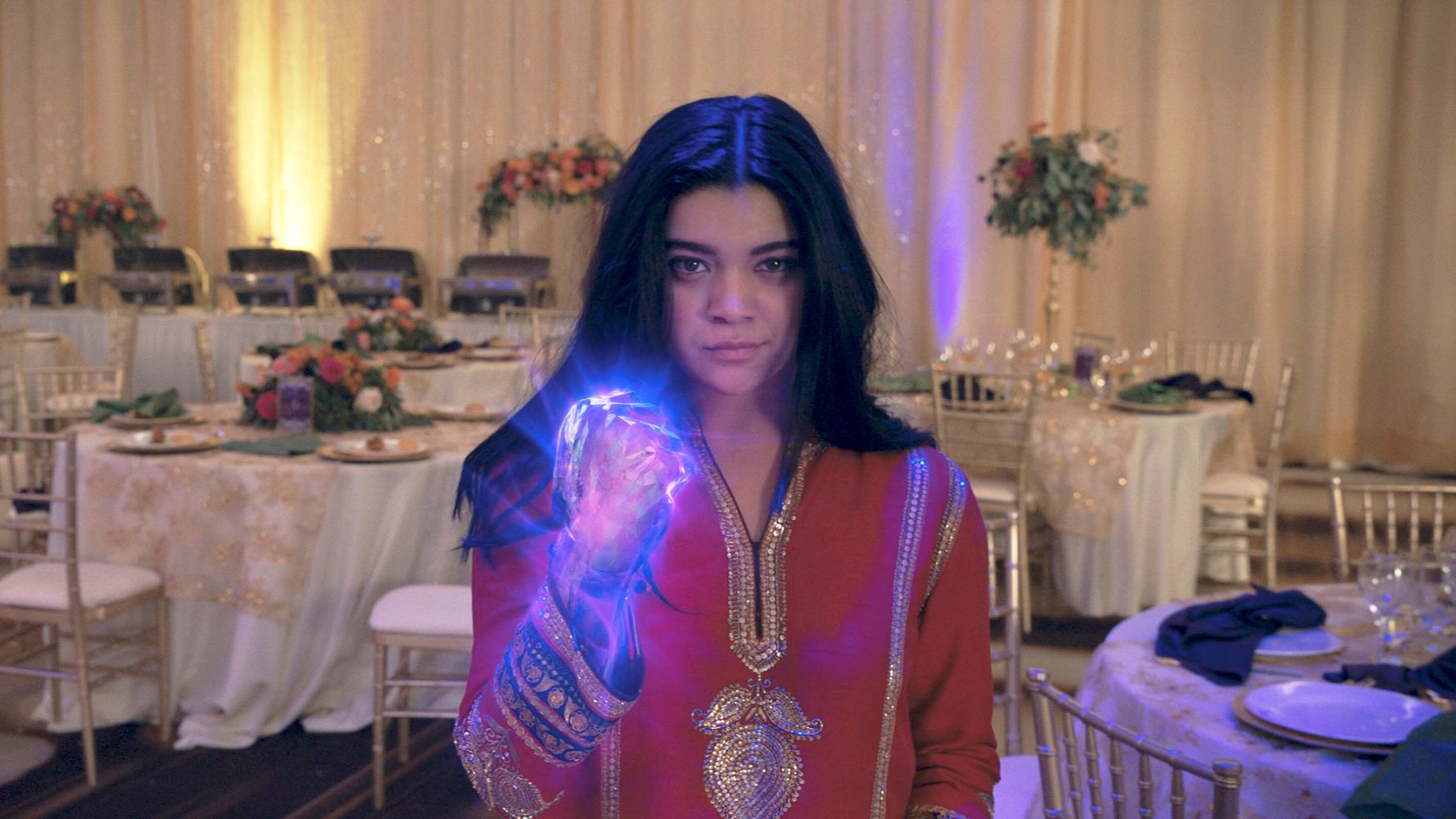 Terrorists, taxi drivers, oppressed, oppressed – these are just some of the stereotypes of Muslims we are used to seeing on mainstream film and TV.

So being treated to a better, more authentic representation is not only refreshing, but potentially influential in shaping people’s attitudes toward the Islamic faith.

Ms. Marvel, the new installment of the Marvel movie universe, now streaming on Disney+, is one such show that manages to get this right.

Focusing on Pakistani-American teen Kamala Khan (Iman Vellani), the story takes us on a journey as this Marvel fangirl finds her own strengths and navigates this amazing new responsibility alongside schoolwork, family and cultural obligations.

Written by British-Pakistani writer Bisha K. Ali, who shares the same heritage, if not nationality, as her protagonist, Ms. Marvel describes Islam as a complementary part of Kamala’s life, as opposed to something to be overcome.

This is a welcome change – Islam is all too often associated with violence, illiberalism and backwardness, not helped by how Muslims are portrayed in the media.

When political scientists recently reviewed more than 250,000 articles, they found that Muslims in the UK, US, Canada and Australia have overwhelmingly negative media images.

And while this study looked at the news channels’ coverage of Muslims, separate research shows that the same is happening in film and TV—at least when these stories portray Muslims.

According to a study by the Annenberg Inclusion Initiative at the University of Southern California, Muslim characters were found to be almost completely absent from 200 top-grossing films in 2018. In response to this, the Riz test was created.

Similar to the Bechdel test that considers female representation, its counterpart looks at how meaningful Muslim images are. Inspired by actor Riz Ahmed speaking about this in a speech in the House of Commons, the test looks at whether a named Muslim character is presented as a victim/perpetrator, someone who is irrationally angry or presented as a threat/different from the Western way of life .

Fortunately, Ms. Marvel passes the test. And what’s more, we also see a positive view of religion by Kamala’s brother Aamir who practices his faith peacefully, as most Muslims do, without coercion or preaching.

As a Muslim in your twenties, you realize how rare it is to see younger devout people who are not aggressive or overbearing.

And Ms. Marvel’s positive characterizations have not gone unnoticed.

To Mumbai-based film writer Tanzim Pardiwalla, 26, these things mean everything. “As a Muslim Marvel fan and cosplayer, it’s great to see Kamala Khan own her cultural identity along with her inner geek,” she told HuffPost UK.

“She goes to the mosque and she goes to Avengers Con. I really feel seen, aptly represented and only now realize how important that is.”

For Pardiwalla, this show comes at a good time, given the current Islamophobic climate in which many countries find themselves.

“Coming from a country with a rampant Islamophobia problem, it is heartwarming to see the characters in the show doing simple things like saying ‘Alhamdulillah’ (God be praised), offering namaaz (prayer) and referring to Shah Rukh Khan (the much-loved Indian Muslim star) in a mainstream Marvel show. This is such a huge victory for the Representation.”

†[Kamala] goes to the mosque and she goes to avengers con. I really feel seen, aptly represented and only now realize how important that is.”

So, will shows like Ms. Marvel also change the way the mainstream audience sees Muslims? Perhaps, but more needs to be done to change the way Muslims are portrayed on nonfiction platforms such as in the news, said Elizabeth Poole, a professor of media and communications at Keele University.

She tells HuffPost UK: “Media companies recognize the need to be inclusive and show diversity, and so are Muslims, even if driven solely by a profitability motive.

“However, I also think this will continue alongside the kinds of negative tropes that have become part of the scripts of reporting on Muslims, especially in the news. So we might end up with a binary representation where these more positive images, especially in entertainment programs, sit next to more problematic representations.

The message: While we support programs like Ms. Marvel, we should also be reaching out to other media platforms that are undoing their good work.

“These positive examples are a welcome development, but we must also continue to challenge stereotypical reporting,” said Poole. “We also need to see the diversity of the Muslim experience embedded in the everyday representations of ordinary life in order to make more than a fairly superficial progress in this area.”

While most Muslims will be thrilled to see Kamala Khan save the day, we will continue to hope and fight for a future where we get to be heroes, fools, and every other whimsical character outside of the cinematic universe.