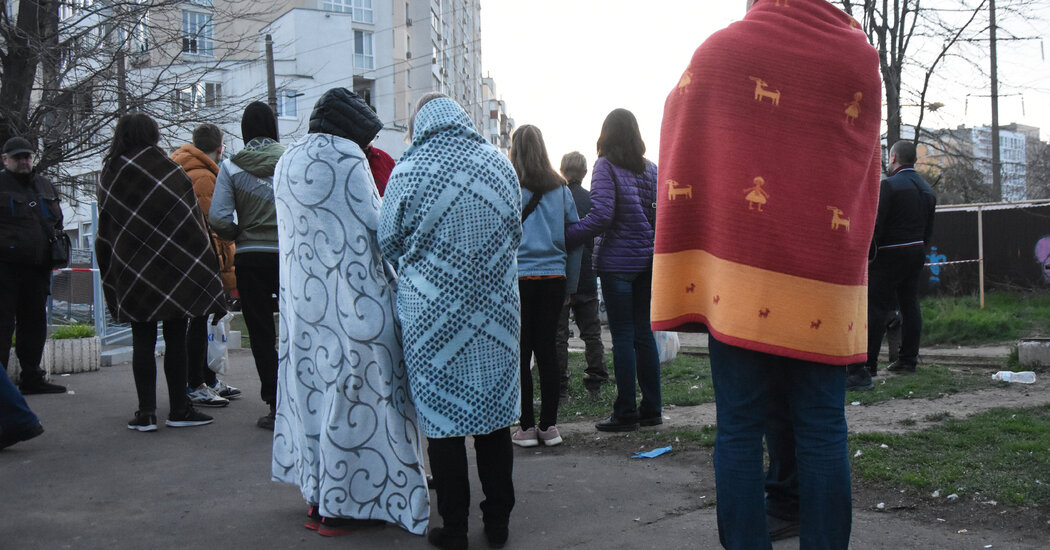 A few weeks earlier, Ms. Glodan had called Ms. Iliashenko to tell her she was beginning to feel uneasy about the increasing violence. She said she had moved her family from their high-rise apartment, close to the Odessa airport, to her mother’s house in the Tairve district, which is further from the city center.

The two friends spoke and agreed that if the apartment the family had left was hit, it would be time to leave Odessa. Instead, the mother’s house was destroyed.

The two women met when they were studying journalism at the University of Odessa, and their lives have been aligned ever since. After college, they started their first job at the same time and found husbands who became good friends. They bought adjoining apartments and always turned through each other’s front doors, throwing parties, exchanging pets, tending plants and later children.

“We planned to raise our families together. She always told me that we were in our prime, with such great opportunities – she believed we had a great life,” Ms. Iliashenko said between sobs. She spoke in a telephone interview from Warsaw, where she has been staying for the past few weeks.

She described her boyfriend as strong-willed and diligent with a warm sense of humor. She loved her work in public relations, but had a talent for painting and an ear for poetry. “She built everything she had. I admired her very much,” said Ms. Iliashenko.

In the weeks following the invasion, the two friends told each other that they doubted the war would come to Odessa, and that they believed the conflict would be over in three weeks, Ms Iliashenko said. They tried to distract each other by cooking meals together and figuring out vacations their families could take when the war was over.

Ms Glodan’s husband, Uri, who survived the attack, was around the corner from a shop when the rocket hit, Ms Iliashenko said.