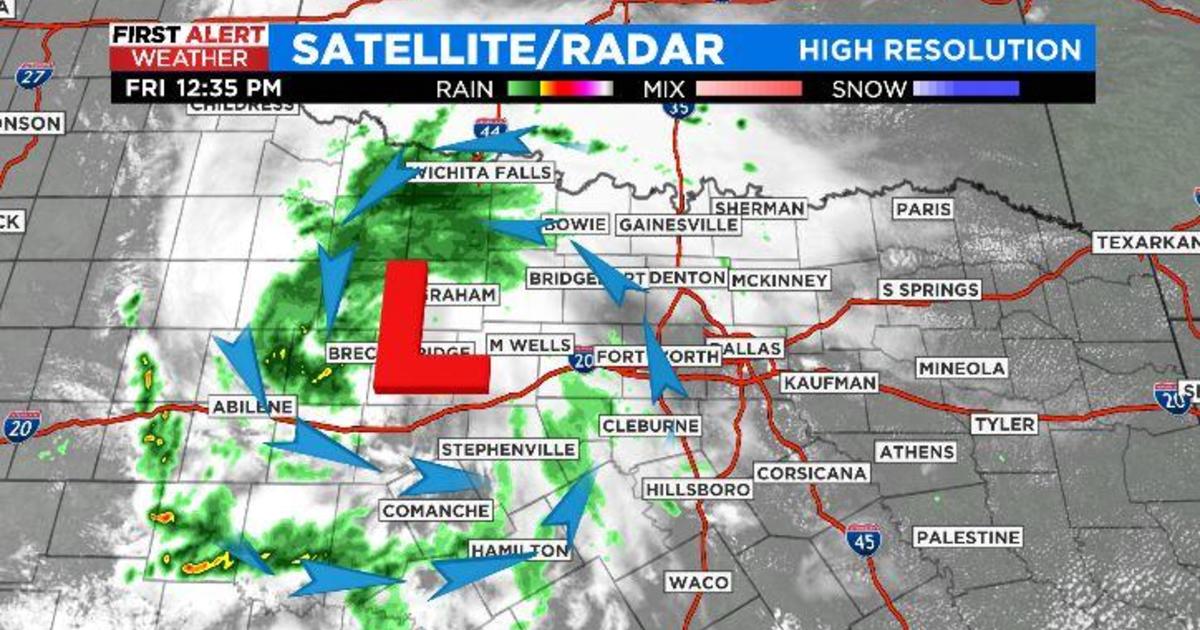 NORTH TEXAS (CBSDFW.COM) – Some favorable rain has fallen in the west this morning.

It’s likely that an inch or two of rain fell in some spots with the storms this morning, but as you can see this was well west of I-35.

Temps are much cooler where the rain fell earlier today – the intensity has certainly diminished, but the clouds are still persistent.

When you move this rain on the map, an interesting feature stands out. We actually have what’s called an MCV going on, or mesoscale convective vortex. It is a small area of ​​low pressure that has developed from a larger system.

The MCV is not only recognizable by the counterclockwise movement on the radar; it is also visible from the wind.

I think we should be on the lookout for some redevelopment this afternoon from showers and storms along the I-35 corridor.

As this MCV continues to move east, we can see the storms ramping up where the warmer temperatures — and greater instability — are.

Brief heavy rain, gusts and some minor hail would be possible with these storms, but I think the overall threat is low. Once we get rid of the heating during the day, the rain and storms should disappear.

Tomorrow morning there are likely to be some showers and storms in the early morning hours, mainly south of I-20. In the afternoon it will be partly sunny, but I think the chances of rain and storms are limited. It will be sunny and hot on Sunday and next week. Period of time. #stay hydrated

Erin Moran joined the CBS11 weather team in December 2019. She previously worked as a morning meteorologist for KXXV-TV in Waco, Texas for three years — so she’s no stranger to the benefits of living in the Texas climate, but she’s aware of the unique challenges associated with forecasting. the weather in the Lone Star State.