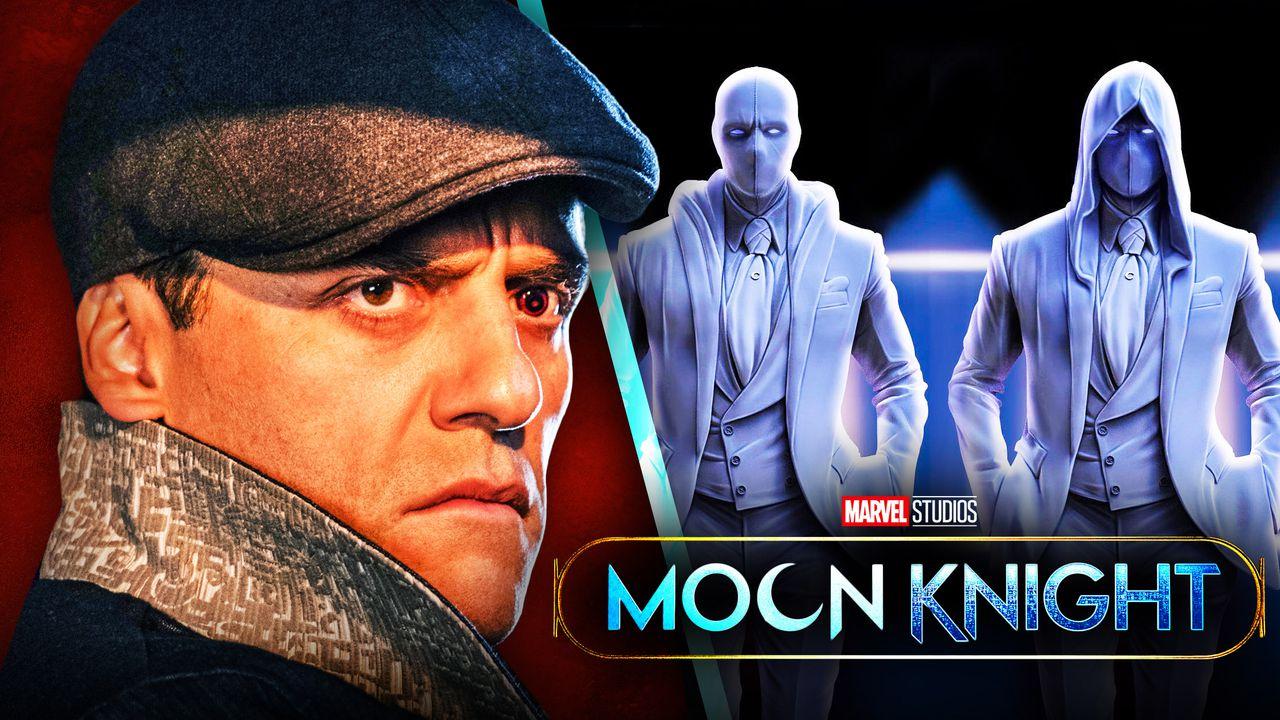 There was a lot to be excited about when it came to Oscar Isaac’s debut as Marc Spector in the Disney+ series Moon Knight, but at the top of the list was the mysterious third persona of the character. Although Jake Lockley was only teased during the show, he finally got his proper reveal in the closing moments of the first season finale.

From the looks of it, the new guy in town seemed a bit more violent and brash than Steven or Marc – which is in line with what viewers saw in both the third and sixth episodes. But for those who might be concerned that it will eventually turn into the malicious DID (Dissociative Identity Disorder) trope seen all too often in the media, don’t worry. The show’s showrunner, Jeremy Slater, doesn’t believe the story is headed that way.

Although Lockley was only seen in the finale, Spector’s third personality was teased throughout the series quite often, even accidentally on many occasions. Some of the greatest examples of these allusions are the aforementioned horrific aftermath of battles and the third unopened sarcophagus seen in the insane asylum.

Some fans thought they might have noticed another hint to Lockley in the show’s title sequence at the end of each episode. As the Moon Knight costume transitions into the Mr. Knight suit, some viewers thought Jake’s unique outfit could be seen very briefly. Unfortunately, it seems like that never was the case.

In an interview with Before and After, VFX artists Doug Appleton and Seji Anderson spoke to the outlet about their work Moon Knight‘s final title credits.

When asked how the glowing eyes of the costume came about, Anderson, the art director at VFX Futures, commented on what it was like “a later addition for sure,” and that “the idea of ​​opening the eyes was this almost feeling of awakening the character:”

“Yeah, I think the thing with the glowing eyes, in the grand scheme of things, was definitely a later addition. I think I mentioned we didn’t get a lot of the character items until a little later in the process, so… to start with we had to kind of take a slot shot with the different colors and figure out a way to mix all those different states and then I think the idea of ​​opening the eyes was this almost feeling of awakening the character once he rediscovers his identity…”

Appleton, the creative director at VFX Futures, shared how he †[doesn’t] remember if the glowing eyes were in the earliest episodes we saw:”

Well, I know, on the show, I think he has glowing eyes on the suit in the show and so is a little bit of inspiration from that. But we saw the early cuts and that was before all and in terms of VFX and I can’t remember if the glowing eyes were in the earliest episodes we saw… I’m sure it came through conversations with them and once we got assets saw later in the process, like ‘Oh, we should, so it’s true to the suit…’

He went on to mention how many fans thought there was a point where they teased Jake Lockley, where he sadly noted how †[they were] not… teasing Jake Lockley in the order:”

“So I’m someone who goes online and reads what everyone else is saying about everything, whether it’s good or bad, I just love reading it all. And there were people who got stuck halfway through the transformation in our title sequence and are like, ‘That’s another suit! I think it’s Jake Lockley’s suit and they tease it in order!” I was like, ‘We’re not,’ but I love that you say that, so… we want to be as faithful as we can be are going on in the show, so the glowing eyes is something where we have to make sure that’s in there so we don’t have glowing eyes and then somebody says, ‘But that’s a different person!’ It’s all fun, yes.”

Anderson then drew attention to “a shot from the stairs,” what he was pointing out: “a nod to one of the later episodes,” which is an example of one of the many isolated shots included in it “public [wouldn’t necessarily] keep going until they see the episode:”

“We had a shot of the stairs, which was kind of like a nod to one of the later episodes and that moment where he revisits his childhood home… It was an interesting thing where like an isolated shot it really doesn’t matter. is from the audience until they see the episode, so it tries to find those moments where you can actually key in a little symbol from the series without revealing exactly what’s going on there.

Appleton brought out how “most photos in [the title sequence] can be directly related to something that happens in an episode, in a literal or a very abstract way:”

“I think one of the things we really wanted to do with this… something that we talk about a lot with our sequences, especially on television, we want something that wears out, but doesn’t wear out. So by the time you get to episode 6, you’ll still want to watch the title sequence because now you’re like, ‘Oh, that thing I had no idea about, that’s why it’s in the series all the time!’ You can go back and watch it again and I think… I don’t want to say all the photos, but I feel like most of the photos in this thing could be directly related to something happening in an episode, in a literal way or a very abstract way, but there is a connection with it. And that’s something that was important to us.”

He continued, describing how she… †[they] don’t want people to skip [their] work,” so they had to find ways to make it consistently interesting every time it was seen on screen:

We don’t want people to skip our work, do we? We want people to look at it. So we want something that, by the time you get to Episode 2, you’re like, ‘Oh, I know what that means. I know what that thing is.’ You start saying, ‘What’s episode 3 going to have? What will episode 4 have? How is this going to change?’ I think we did that with changing the locations at the beginning and changing the phase of the moon, right? They were all things that helped the story… get people to look at it and get more out of it than just, ‘Oh, these are nice pictures on the screen.’ There’s a meaning behind it.”

Lockley remains under lock and key

While many fans will no doubt be a little disappointed to learn that there wasn’t a sly reference to Oscar Isaac’s third Marvel persona, it’s not too surprising. The show mainly focused on Steven Grant and Marc Spector who came to accept each other – Mr. Lockley hasn’t actually invited himself to the party yet.

Many viewers will be happy when Jake’s story can finally be told. While the title sequence in the recent series may not have suggested his costume, when he arrives in a more prominent manner, he will almost certainly have his own costume — much like Mr. Knight and Moon Knight both have their respective looks.

if Moon KnightCostume designer Meghan Kasperlik has something to say about it, he will be donning the more armored black suit from some of the recent runs of the character’s comic series. Needless to say, most fans would absolutely love that. Fingers crossed that he will be back on screen sooner or later.