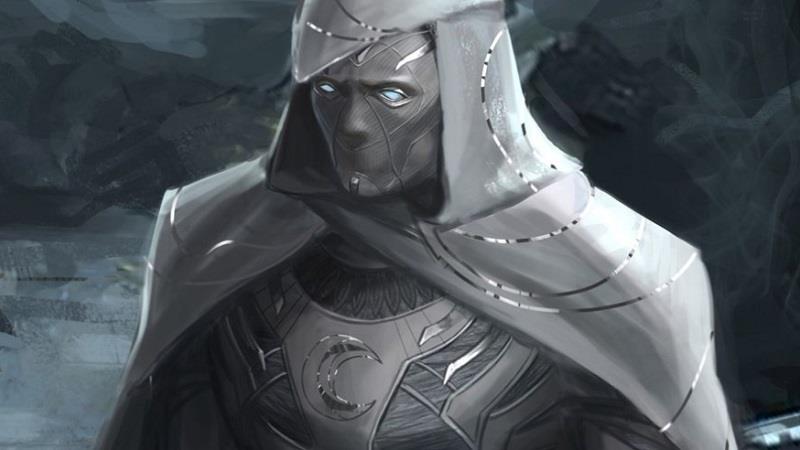 Moon Knight gave the title character two costumes, and while we’d hoped to see one more, it looks like Marvel Studios will have us waiting on that front. When Marc Spector and Steven Grant teamed up, they switched between the “classic” suit and Mr. Knight, and Jake Lockley has yet to put on a costume, who knows what he’ll look like.

If we had to take a guess, it’ll probably be a tactical outfit akin to what Moon Knight has been wearing in the comic books for the past few years, possibly due to his murderous approach to protecting the travelers of the night.

For now, though, we have some concept art from Marvel Studios Visual Development Supervisor Jackson Sze revealing a sci-fi inspired performance quite different from what we saw in the Disney+ series. Explaining that this was at a very early stage of development, the artist says: “In retrospect, it’s too sci-fi looking for the story we ended up telling. But in early development, we have more room to explore directions.”

“I liked integrating crescent shapes into the costume,” he says of a suit that for many fans might have fit a little better into the modern aesthetic of the MCU. However, that was not the story Marvel Studios wanted to tell Moon Knightand there’s always a chance we’ll see something more traditional over time.

At the moment there is no word on whether Marc/Steven/Jake will return in a second season or movie. That cliffhanger ending left the door open for more stories anyway.