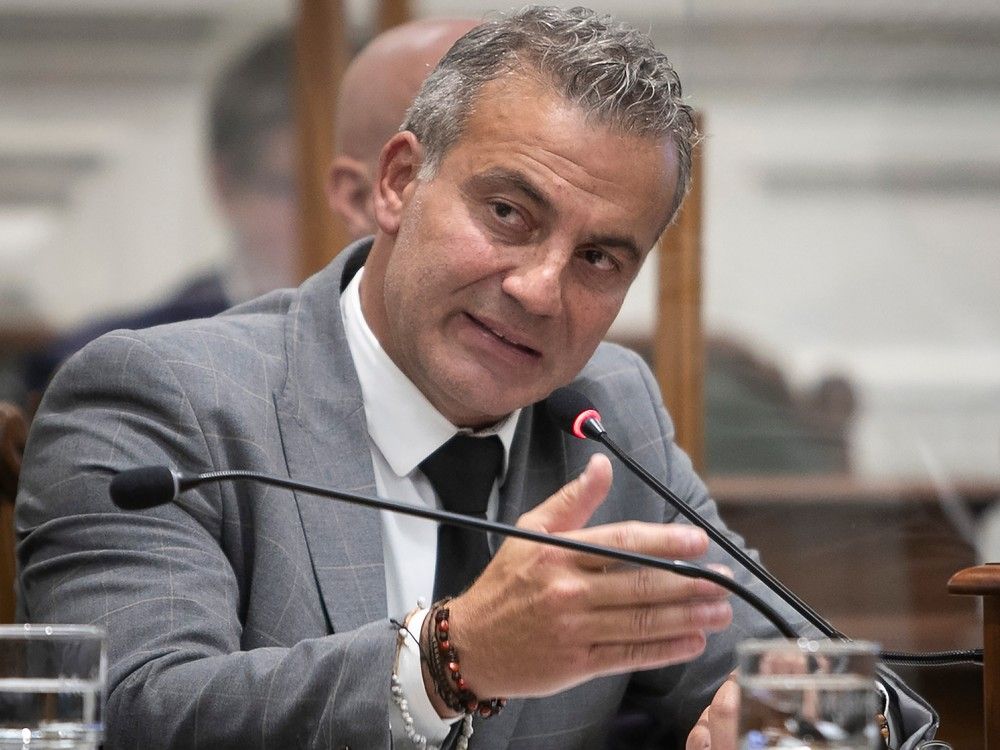 The man likely to become Montreal’s next police chief acknowledges that there is a problem of systemic racism and racial profiling.

“I myself engaged in racial profiling and I was also a victim of ethnic profiling,” Fady Dagher told reporters on Thursday.

Sign up to receive daily headline news from the Montreal Gazette, a division of Postmedia Network Inc.

Dagher rose through the ranks of the Montreal Police Department over 25 years working with minorities and vulnerable communities, but it was his work as Chief of the Longueuil Police Department since 2017 that earned him recognition for the top job at the SPVM.

He was officially nominated Thursday morning by the city’s standing committee on public safety. His appointment must now be confirmed by a vote at City Hall and a green light from the provincial government.

Dagher is the first person born outside of Canada to be appointed Chief of Police of Montreal. He was born in Lebanon and grew up in the African country of Ivory Coast.

He said his first priority as chief will be to reach out to the city’s numerous communities and engage them in a discussion on how to improve Montreal’s police force, adopting a “town” mentality . In his first 100 days, he promises to meet with community groups, police officers and the union to work out a more detailed strategy.

Known for reaching out to minority groups, Dagher will bring that spirit to Montreal, but warned he won’t “cut and paste” the programs he has initiated in Longueuil.

There he created Policiers RÉSO – a program in which 24 officers on duty, unarmed and out of uniform, spend time in the community – in an effort to increase police involvement at the community level.

Critics have said Montreal has moved away from the community policing model in recent years, with the closure of several stations.

Mayor Valérie Plante, however, said on Thursday that neighborhood policing is still a priority for her administration.

“It has always been clear that we need repression and fight crime, but we also need to strengthen the prevention side. Now we have the person who will help us take this model to another level,” Plante said of Dagher at a press conference at City Hall.

Earlier in the day, Dagher said at a public meeting of the city’s standing committee on public safety that he will aim to have the police operate much more preventively.

“What worries me is that unfortunately we respond to crises, but we can get there before the crises happen,” he said. “We need to get closer to the community than 911 calls.”

Longueuil said it will announce details of the transition within its police force at a later date.

Fo Niemi, executive director of the Center for Research-Action on Race Relations, commented on Dagher’s nomination, saying he “couldn’t be more optimistic”.

Niemi said Dagher has proven his worth at Longueuil and that he personally has a good working relationship with the police chief as Dagher took the issue of anti-Asian hate seriously when there was a spike in incidents in 2020.

Interim opposition leader Aref Salem said he was also happy with the nomination, adding that Dagher’s admission of systemic racism in the force is already a huge change from the old guard.

“The fact that he admitted he engaged in profiling and that he was also a victim is a major departure (from the past),” Salem said. “We need someone who isn’t afraid to tell the truth.”

He said time will tell if Dagher can turn his plans into concrete action that will improve the lives of everyday Montreal residents.