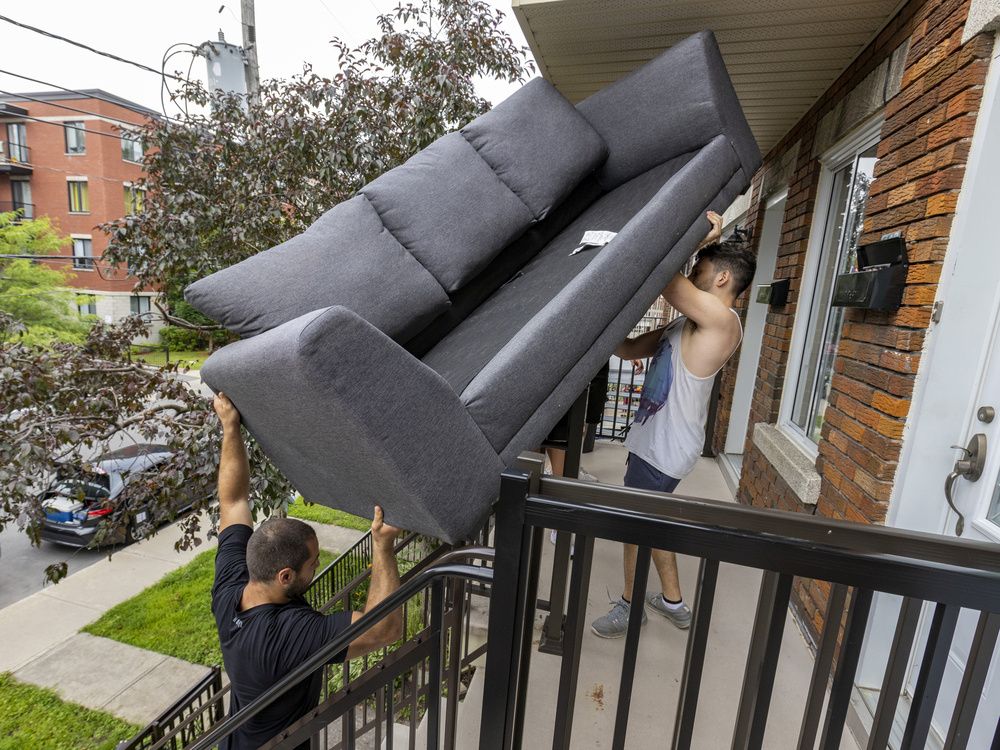 More than a hundred Montreal households took to the streets as Quebec’s traditional move day came and went on Friday, falling victim to soaring prices in the city’s rental market.

Outside the city, the situation was even worse, as smaller municipalities report an unprecedented lack of housing stock. While Montreal’s vacancy rate is 3.7 percent, above the 3 percent considered manageable, cities like Longueuil report vacancy rates of 1.2 percent. In Ste-Thérèse and Blainville the rate is 0.3 percent and in Terrebonne it is 0.1 percent.

Across Quebec, housing associations estimate that more than 750 households could not find housing because their leases expired on Friday. The actual number of people unable to find safe housing is estimated to be much higher.

“These tenants who are in serious trouble around July 1 are just the tip of the iceberg and only the most visible element of the impact of the housing crisis affecting tenants in Quebec,” said Véronique Laflamme, spokesperson for the housing rights group Front d. ‘action popular and réaménagement urbain (FRAPRU).

Although vacancy rates in Montreal are higher, rents have risen so dearly “we see a large number of people who don’t have a place, simply because they can’t afford it,” Laflamme said. Last year, more than 400 households in the city needed emergency assistance. While Montreal has seen a construction boom, most of the available units are too expensive for the majority of renters, she said.

Outside of Montreal, vacancy rates in smaller cities such as Granby, Trois-Rivières, Sherbrooke and Rimouski have fallen sharply for several reasons, said Cédric Dussault, a spokesperson for the Coalition of Housing Committees and Tenants Associations of Quebec (RCLALQ). Especially during the pandemic, residents of larger urban centers moved in search of cheaper housing. Real estate speculators looking for more affordable deals did the same by buying up real estate and raising rents. Tourism led owners to rent out their properties at higher prices on short-term sites such as Airbnb. And companies expanding into the regions have rented properties in places like the North Shore and Abitibi-Témiscamingue to accommodate their employees.

“What we’re seeing is that in cities where housing was still affordable, in places like Saguenay, Alma, Trois-Rivières, Rimouski, speculators are coming in and introducing illegal rent increases or tenants evicting,” Dussault said.

In Montreal, a recent survey found that the average cost of rental apartments is now just under $1,200 a month, up 30 percent in one year from 2019 to 2020, and beyond the ability of many to afford. For more affordable apartments, which cost less than $925 a month, the vacancy rate is less than 2 percent in Montreal and less than one percent in the regions surrounding the city.

In late May, the Quebec government announced it would spend $76 million in housing benefits to enable people to remain in housing, helping approximately 2,200 households with aid equal to 25 percent of the recipients’ income.

The initiative is inadequate to meet the needs of a problem that has grown rapidly in three years but often goes unseen as the hidden homeless find temporary shelter with friends or family, or in motels or campgrounds, Dussault said.

“What’s remarkable about this crisis is how quickly it has spread across Quebec, to the point where it has become endemic,” he said. Smaller cities that lack the resources, funding or experience that a city like Montreal has are especially hard hit, he said.

Dussault notes that during the latest election campaign, the government of the Avenir Québec coalition pledged to build 15,000 subsidized housing units to catch up with previous government commitments. To date, he said, only 500 units have been completed. The mayor of FRAPRU and Montreal, Valérie Plante, also blamed the provincial and federal governments for withholding the necessary funds. The city asked for $265 million over the next five years to fund the delinquent housing projects, but received only $30 million, city officials said this week.

To solve the housing shortage in the province, Quebec must invest in social housing, set up a public rent registry and introduce rent controls, housing groups said.

But Dussault said it’s unlikely this will happen with the current government, which has shown little openness to the proposals.

Traditionally, he said, the housing minister would meet with their organization at least once a year to discuss issues. There have been no more meetings since the CAQ’s election in 2018, he said.