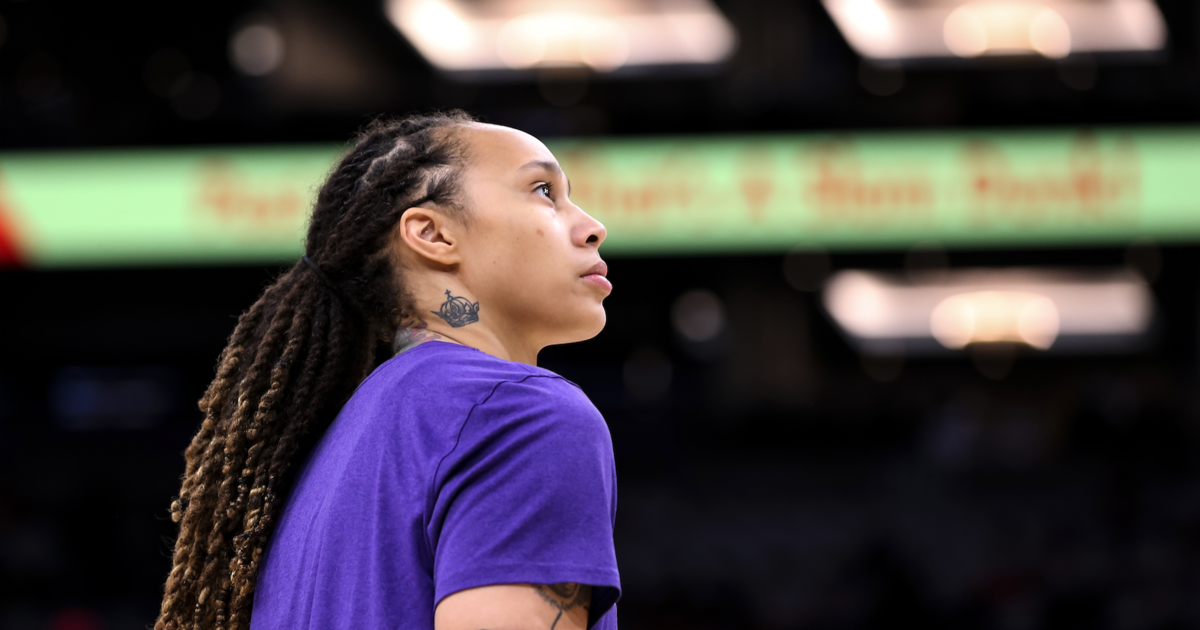 WASHINGTON (CBSDFW.COM/AP) – It’s the perfect storm. For another person in another country at a different time, the case may have been a trivial matter: a US citizen who was detained at an airport for allegedly possessing a cannabis derivative that is legal in much of the world. is.

But conditions for Texas-born Brittney Griner couldn’t have been worse.

Griner, a WNBA All-Star and two-time Olympic gold medalist, was arrested in Russia, where the crime could mean years in prison, at a time when tensions with the US were rising to their highest point in decades. Former Baylor University Lady Bear is a prominent gay black woman who is on trial in a country where authorities have been hostile to the LGBTQ community and the country’s nationalist fervor has raised concerns about how she will be treated.

“There are many countries around the world where you don’t want to get into trouble, and Russia is one of them,” said Clarence Lusane, a political science professor at Howard University who specializes in criminal justice and drug policy.

As extraordinary as her circumstances are, the details surrounding Griner’s case remain a mystery as a crucial court date approaches next month. Russian prosecutors have offered little clarity and the US government has made only measured statements. Griner’s legal team has declined to comment on the case as it works behind the scenes.

Griner is easily the most prominent American citizen known to be imprisoned by a foreign government, but in many ways her case is not unusual. Americans are often arrested abroad on suspicion of drugs and other charges, and U.S. authorities are limited in what they can say or the help they can provide. The State Department generally can’t do much more than make consular visits and help the American get an attorney. It also can’t say much unless the detainee waives privacy rights, which Griner has not fully done.

In some cases, US officials speak loudly when they are convinced that an American has been wrongfully detained. But Griner’s case is barely two months old and officials have yet to make that decision. An office of the State Department working to release American hostages and unjust prisoners is unknown.

The Phoenix Mercury star was detained at a Moscow airport in mid-February after Russian authorities said an examination of her luggage revealed vape cartridges allegedly containing oil derived from cannabis – charges that could carry up to 10 years in prison. although some experts predict they would get much less if convicted. She returned to the country after the Russian League, in which she also plays, took a break from the FIBA ​​World Cup qualifying tournament.

US officials have said they are following the matter but have not discussed it at length, in part because Griner has not signed a full Privacy Act Waiver. Statements so far have been cautious and restrained, aimed at ensuring she has access to US consular affairs officials — she had a meeting last month — rather than explicitly demanding her immediate release.

There is little the US government can do diplomatically to end a criminal prosecution in another country, especially in the early days of a case. Any deal that would require concessions from the US seems like a non-starter, especially with Russia at war with Ukraine and the US coordinating actions involving Russia with Western allies.

“It’s a trial attorney’s nightmare, since you have to go to trial when the larger political environment is negative,” said William Butler, a Russian legal expert and professor at Penn State Dickinson Law.

The State Department has done “everything we can to support Brittney Griner to support her family, and to work with them to do everything we can to ensure she is treated appropriately and to protect her.” release,” spokesman Ned Price said last month. † Last week, he said the US is in regular contact with its legal team and “wider network.”

That’s a more subdued stance than the Biden administration has taken with two other Americans imprisoned in Russia — Paul Whelan, a Michigan company security executive, who has been sentenced to 16 years in prison on spy-related charges his family says they have. being fake, and Trevor Reed, a Navy veteran sentenced to nine years for assaulting a Moscow police officer when he was driven to a police station after a night of heavy drinking.

The Ministry of Foreign Affairs has pressured Russia for their release. Unlike Griner’s case, it has described both as being unfairly detained.

Race and gender issues are at the heart of the Griner case.

Lusane, a professor at Howard University, said under Putin, “There has been hyper-nationalism in Russia, so basically anyone who isn’t considered Slav is considered an outsider and a potential threat.”

He added: “She fits into that category.”

On the other hand, he said, there could also be an opening for Putin to build “an entrance to the African American community” by releasing her as a humanitarian gesture.

Some of Griner’s supporters, including Democratic Representative Cori Bush of Missouri, have maintained that her case would receive more attention if she were not a black woman.

The president of the WNBA players’ association, Nneka Ogwumike, said in a “Good Morning America” ​​interview that Griner was in Russia because WNBA players don’t earn enough in the US.

“She’s in there because of a gender issue, wage inequality,” Ogwumike said.

Many of Griner’s fellow WNBA players have remained wary for fear of backing up the situation, although her coach and some of her teammates have made it clear in interviews that the 6-foot-9 center is on their minds.

“I spent 10 years there, so I know how things work,” Phoenix security guard Diana Taurasi said of Russia. “It’s delicate.”

Griner recently had her detention extended until May 19. More information about her case may then emerge. But regardless of the actual charges against her in court, it’s impossible to separate the lawsuit from its wider political implications.

“Russians are great chess players,” said Peter Maggs, a research professor and expert in Russian law at the University of Illinois College of Law. “The more pawns you have, the better your chance of the eventual victory. And since things are not going well in Ukraine, of course they want to hold on to all the pawns they have.”