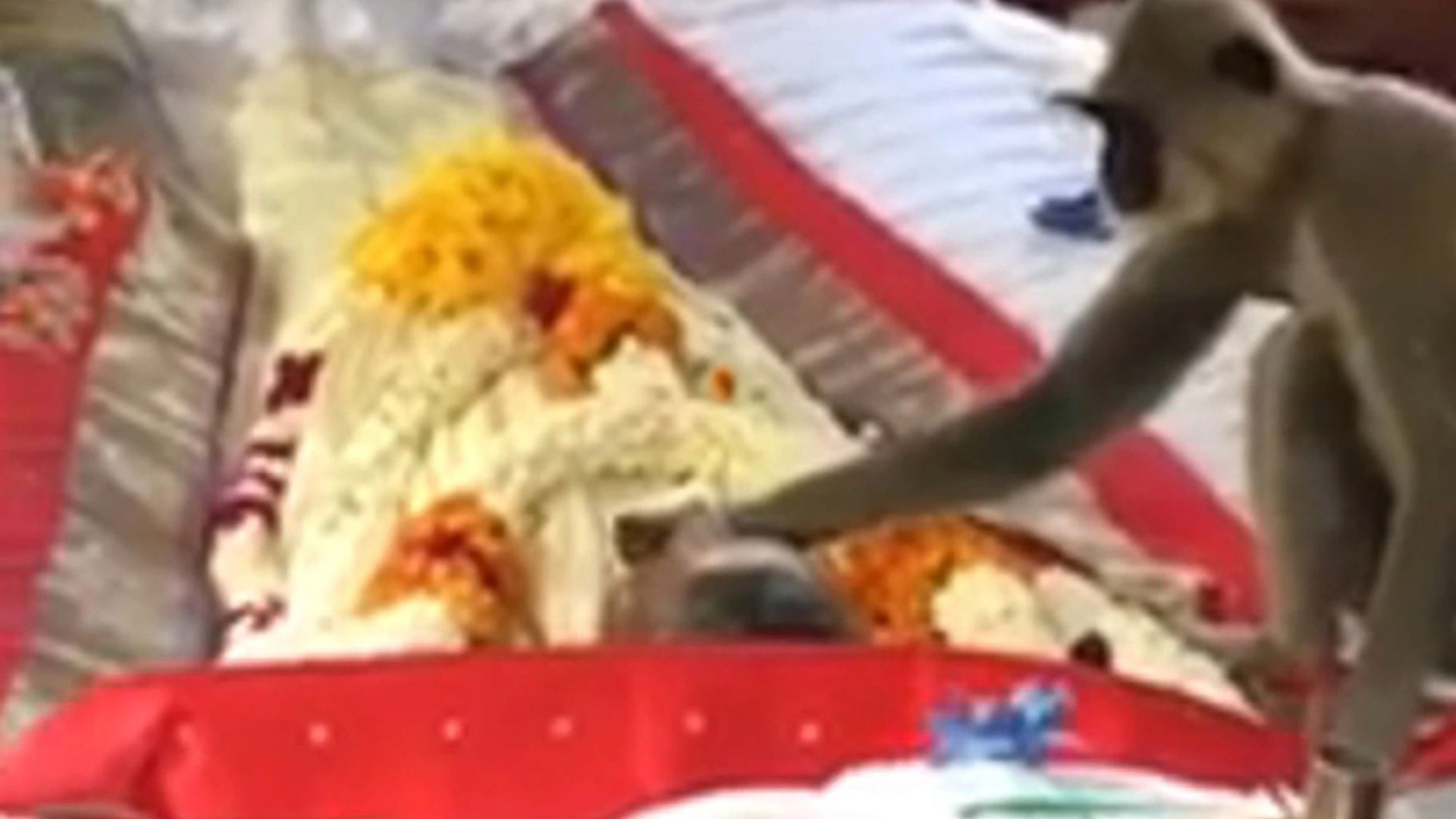 THIS is the heartbreaking moment when a grieving monkey gave his human friend one last kiss at his funeral,

But all his life he was known for feeding a wild gray langur with fruits and biscuits every day, as the two formed a particularly close bond.

And this week, his furry friend got a chance to say a final goodbye as mourners took the animal to the service.

In the clip, which has since gone viral, the langur sits on the edge of Rajan’s open coffin before gently holding his chin.

The monkey then learns about it before planting a kiss on the head of the deceased. 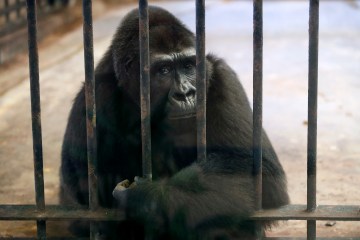 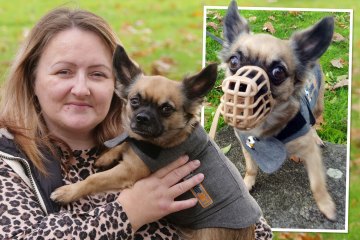 Finally, mourners were forced to carefully carry the ailing monkey away from the scene after he tried to grab his friend’s hand, as if trying to lead him away.

The video was later posted online and touched thousands of animal lovers around the world.

One user wrote: “That man has earned the love, if there is a heaven for people, he will surely go there.”

While a third added: “Wow. Tears have been brought here. And people say that animals can’t feel like we do.”

It comes just days after heartbreaking footage captured the moment when a chimpanzee said goodbye to a zookeeper for the last time.

Video showed the zoo chief talking tenderly to the primate as he explained that the state was about to take over the zoo.

He later told local stores that saying goodbye to the chimpanzee was like losing a family member.

“From the day we met, we had good chemistry, and gradually I got his affection and friendship,” he said.

Chimpanzees are highly intelligent creatures and, like many other monkey species, can build remarkable bonds with humans in their lifetime.

In a video shared earlier this year, a dying chimpanzee met her human best friend for the last time.

Mama, who had reached the ripe age of 59, was filmed greeting and hugging Jan van Hooff as he visited her at her zoo enclosure in Arnhem in the Netherlands.

Tragically, the chimpanzee died just a week after her farewell visit.