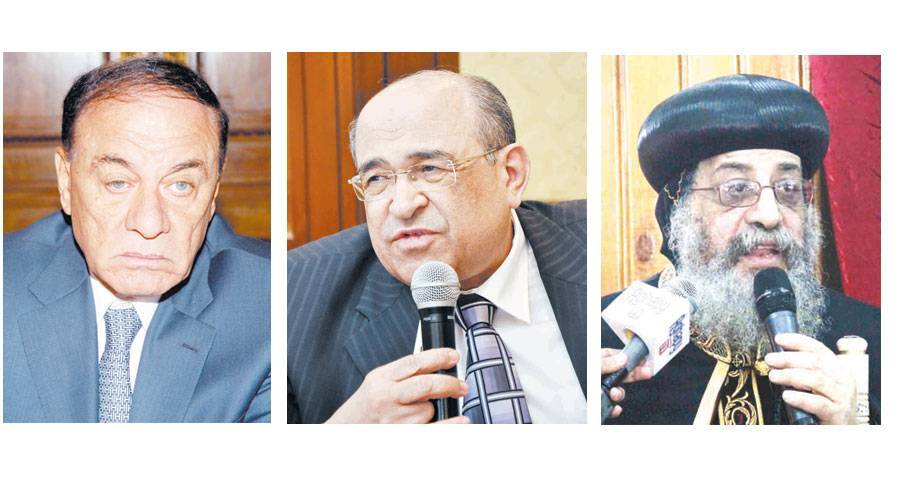 Politicians and strategists in Egypt praised the decision of the Federal Supreme Court to elect His Highness Sheikh Mohammed bin Zayed Al Nahyan as president of the United Arab Emirates, succeeding the late Sheikh Khalifa bin Zayed Al Nahyan. Noting the great role of Sheik Mohammed bin Zayed, since his appointment as Crown Prince of the Emirate of Abu Dhabi in November 2004, at all levels, a true model carrying the legacy of tolerance and consolidating the UAE in various international fora, a inspiring state for humanity. They described Sheikh Mohammed bin Zayed as a “leading force” who has been behind many of the initiatives that have contributed to the development of the UAE.

Major General Dr. Samir Farag, a strategic expert and former director of the Moral Affairs Department of the Egyptian Armed Forces, praised the election of His Highness Sheikh Mohamed bin Zayed as state president. Referring to an ancient encounter that brought them together during his visit to Egypt, in which he touched on his love for Egypt and his belief in the approach taken by the founder of the Federation, the late Sheikh Zayed, may his soul rest in peace, what was evident in many of the situations in which Sheikh Mohammed bin Zayed went on his way The bus is especially in providing humanitarian aid to many countries of the world, with the aim of alleviating poverty, helping countries and communities in need, as well as promoting of peace, prosperity and stability, and stimulating economic growth in developing countries.

Senate Undersecretary Phoebe Fawzy said His Highness Sheikh Mohammed bin Zayed’s policies have strengthened the UAE’s role, based on a deep vision of the region, as one of the key strategic areas whose security and stability are linked. to be. to the security and stability of the world, to continue its influential role in deepening ties of cooperation. the founder of the state, the late Sheikh Zayed bin Sultan Al Nahyan, in the interest of solidarity with the Arab brothers, support for Arab causes and the consolidation of bridges of brotherhood and cooperation in all fields.

Al-Feki said: “This smooth transfer of power confirms that the UAE is a modern, stable, developed and mature state, in the face of turbulent regional and international situations. To Sheikh Mohammed bin Zayed, a very close friend, who is part of his higher military studies there, and his relationship with President Abdel Fattah El-Sisi is very close, and he and his country assisted us in all difficult situations, especially in the July 3 statement, and El-Feki adds: I remember me the telegram that came to Cairo from the leadership of the Emirates at the time, which said: “Mubarak, O Mother of the World”, through which the relations between the two sides transcend all borders, and are surrounded by appreciation and respect.

Journalist Abdel Rahim Ali, head of the Center for Middle Eastern Studies in Paris, says: “The love affair that binds Sheikh Mohammed bin Zayed to Egypt is undisputed, because he always considers it the “pillar of the tent” for the Arab nation. .”

He adds: I still remember that meeting that brought us together with Sheikh Mohammed bin Zayed, after the victory of the Egyptian people on June 30, 2013 and the emergence of the strong and broad support of the UAE for the Egyptian revolution. personally, and what the people of the Emirates did, for the benefit of Egypt and the Egyptians, in their legitimate struggle to get rid of the rule of the terrorist Brotherhood, and we had come to thank him, so we were surprised by His Highness who thank us one by one and say to us: You not only defended your country, but you defended the whole nation. He pointed out that Egypt is the “pillar of the tent.” Ali said: We say goodbye to a giant from the family of the late, God willing, Sheikh Zayed, and receive another giant of the same blood, as head of state and he is the best successor to the best predecessor.

dr. Osama Al-Azhari, Adviser to the President of the Republic for Religious Affairs, said the election of His Highness Sheikh Mohammed bin Zayed as president, succeeding the late Sheikh Khalifa bin Zayed, paves the way for the completion of the renaissance enshrined by the late Sheikh Zayed, God willing.

Al-Azhari wrote on his Facebook page: I warmly congratulate His Highness Sheikh Mohamed bin Zayed Al Nahyan on his election as the new president of the Sister Emirates, by the unanimous consent of the members of the Supreme Council of the Union. He prayed to God to write on his hand goodness, prosperity and prosperity for the Emirates and its honorable people.

The Orthodox Church, led by Pope Tawadros II, Pope of Alexandria and Patriarch of the See of Saint Mark, congratulated His Highness Sheikh Mohamed bin Zayed on his election as President of the UAE.

And she said in a statement: We pray that God may reconcile his steps, for the sake of good, peace and structure, for the UAE and its wonderful people, and we are confident that he will walk on the path of construction, progress and progress made by the Founder, the late Great Sheikh Zayed, and completing the successful path led by the late President Sheikh Zayed Khalifa bin Zayed, may God bless them.