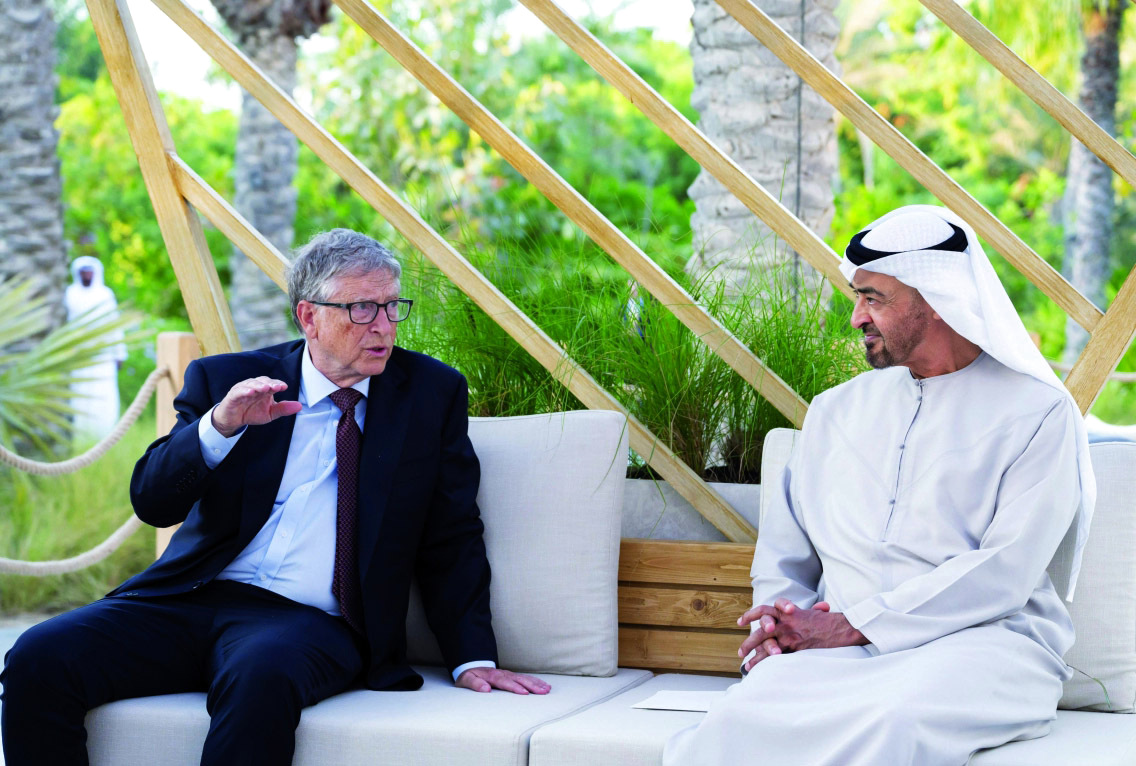 The March of His Highness Sheikh Mohamed bin Zayed Al Nahyan, President of the State, may God protect him, was celebrated with donations, support and initiatives of global impact aimed at advancing and strengthening healthcare in the UAE and the world of the international system for combating epidemics and diseases most threatening to human life.

In recent years, His Highness’ guidelines and vision have formed the basis of UAE initiatives, financial contributions, work and field projects aimed at strengthening health and treatment programs, implementing vaccination campaigns and providing vaccines across the world. worldwide.

The “Covid 19” pandemic posed one of the toughest contemporary challenges to engulf the world, with the views of His Highness Sheikh Mohammed bin Zayed Al Nahyan affirming the human dimension this man carries in his heart as he reached out his hand to get close. and help far away, dedicate hospitals and provide vaccines, and establish humanitarian cities, and send aid to the world without discrimination or discrimination.

Since the start of the pandemic, the UAE has been one of the first countries to support initiatives aimed at mitigating the effects of the crisis worldwide, accounting for 80% of the total volume of international response to affected countries during the pandemic.

The UAE has taken over the process of evacuating the nationals of many fraternal and friendly countries from China’s Hubei province, the epicenter of the “Covid 19” virus outbreak, and transporting them to the humanitarian city of Emirates in Abu Dhabi , while His Highness Sheikh Mohamed bin Zayed Al Nahyan led the establishment of vehicle research centers to investigate the emerging Corona virus, and the establishment of state-level field hospitals to serve the sick and care for those infected with the disease were, in addition to state sponsorship of the families of the deceased due to the epidemic of all nationalities in the country, and it bore the costs of treating the wounded and isolating them during the period of injury, and directed the Emirates Fund – Homeland of Humanity To Unite National Efforts To Fight The COVID-19 Pandemic.

In a related context, His Highness Sheikh Mohamed bin Zayed Al Nahyan, President of the State, may God protect him, is one of the largest contributors to initiatives aimed at eradicating neglected tropical diseases, which are the deadliest infectious diseases in the world, and ridding developing and poor countries of diseases such as: polio, malaria, guinea worm disease, river blindness and lymphatic filariasis, in collaboration and partnership with relevant international agencies.

His Highness Sheikh Mohamed bin Zayed Al Nahyan, may God protect him, launched in 2017 from Abu Dhabi the Reaching the Last Mile Fund, a ten-year $100 million initiative aimed at paving the way for an end to two neglected and devastating tropical diseases: river blindness and lymphatic filariasis In 2018, the fund provided more than 13.5 million treatments for both patients and trained approximately 76,000 health professionals to help expand its scope and areas of treatment.

His Highness Sheikh Mohamed bin Zayed Al Nahyan established the Reach Institute in Abu Dhabi, through a partnership between His Highness and the Bill and Melinda Gates Foundation, and the Institute’s efforts are focused on eradicating 5 diseases as the missions of the Institute will focus on key areas, namely: Strengthening support for eradication problems Communicable diseases worldwide, promoting disease elimination strategies, support by developing and implementing strategies and plans to eradicate diseases in affected countries , innovation of systems and tools to implement disease control plans, and playing an intellectual leadership role in developing and improving the tools and systems available to eradicate disease.

In addition, the UAE’s project to help Pakistan, as part of His Highness Sheikh Mohammed bin Zayed Al Nahyan’s initiative to eradicate polio from the world, has had 583 million, 240,876 doses of polio vaccination, in 8 years, for more than 102 million Pakistani children.

According to the management of the UAE project to help Pakistan, in light of the outbreak of the “Covid 19 virus” and the field challenges, the campaign succeeded from July 2020 to September 2021 at 127 million 664 thousand and 157 doses of vaccination against the disease to children, targeted in the Islamic Republic of Pakistan, in Exceptional precautions have been taken to protect the vaccination teams, the targeted children and their families.

The UAE is one of the largest donors supporting efforts to support malaria eradication, including the Results-Based Management Partnership to End Malaria, a global platform to coordinate actions to rid the world of malaria, while the UAE also supports the is a leader in management outcomes, contributing to new operational research and additional advocacy to eradicate malaria from the Roll Back Malaria Partnership, where malaria cases and deaths have decreased significantly over the past 15 years.