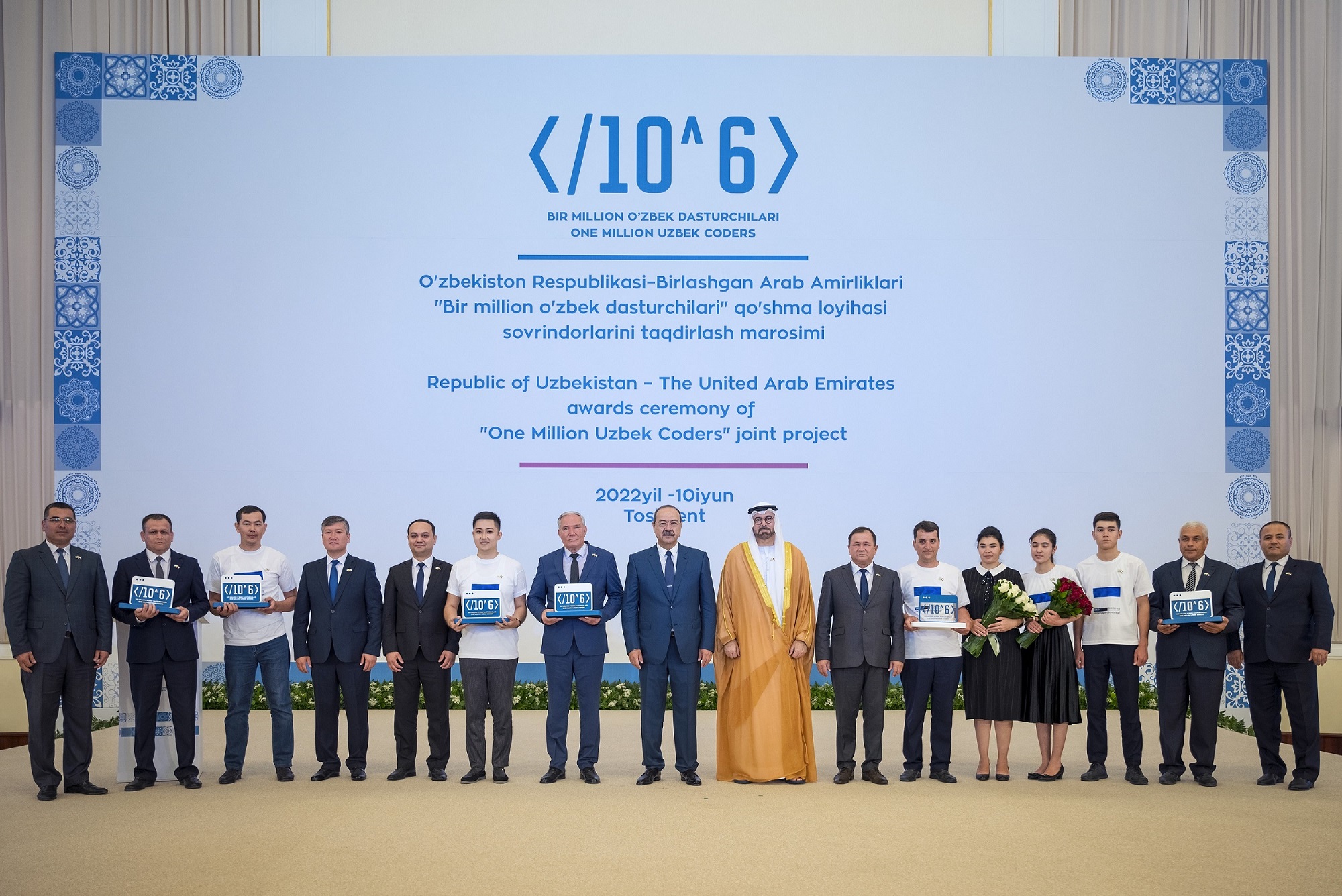 Mohammed bin Rashid’s global initiatives have attracted more than 2.5 million participants to the One Million Uzbek Coders Initiative, launched as part of the Strategic Partnership in Government Modernization between the UAE and the Republic of Uzbekistan, in a new achievement of Mohammed bin Rashid’s global initiatives aimed at strengthening efforts to innovate the future and to encourage youth around the world to achieve leadership by building their capabilities and empowering them with the skills and tools of the future.

Launched in November 2019, the One Million Uzbek Coders Initiative is an extension of the “One Million Arab Coders” initiative launched in 2018 by His Highness Sheikh Mohammed bin Rashid Al Maktoum, Vice President and Prime Minister of the UAE and Ruler from Dubai. , as part of the Mohammed bin Rashid Global Initiatives. It aims to prepare a new generation of Uzbek youth capable of leading the digital transformation and nurturing talent and creativity in programming, through technical and specialized training so that they stay abreast of developments in computer science and software, and artificial intelligence applications, and accelerate the development of their capabilities to enhance their professional and personal opportunities and meet future requirements, to help their communities and support government efforts to achieve digital readiness for the future.

The Dubai Future Foundation oversees the “One Million Uzbek Coders” initiative, which is part of Mohammed bin Rashid’s global initiatives and is one of the results of the strategic partnership in government modernization between the UAE and Uzbekistan , and includes 4 educational tracks: data analysis, website and android application development, web page development.

It is worth noting that the methodology of the Mohammed bin Rashid Global Initiatives is based on five main axes, including humanitarian and emergency relief, health and disease control, dissemination of education and knowledge, future innovation and leadership, and community empowerment.