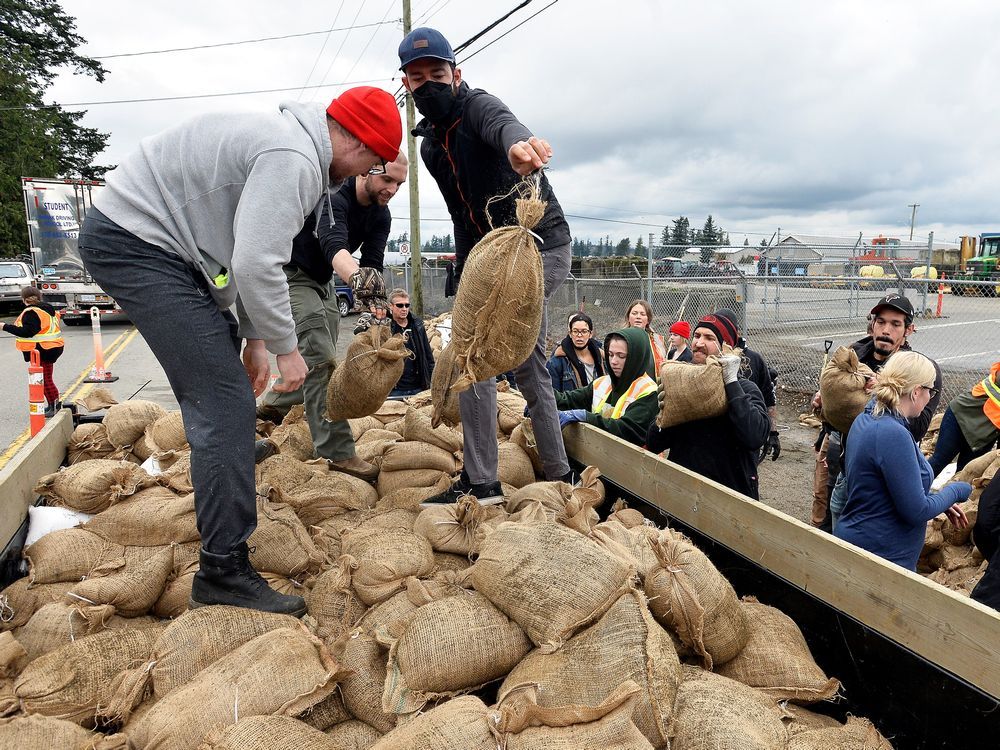 As the Fraser River continues to rise, riverbank communities across BC are ramping up flood preparations, including the City of Mission, where crews will install a Tiger Dam flood barrier along low sections of the Mission embankment to prevent potential flooding.

While it’s unclear exactly how high the water will get, some models predicted a level of 7.3 meters on the Mission meter on July 7. 1894 and 1948.

BC uses several models to predict river levels, which are largely determined by the weather in the vast Fraser River basin. Warm weather can quickly melt mountain snow, raising water levels, while rain in upstream communities can also have a dramatic impact on levels.

On Friday, other forecast models showed a peak of 6.26 meters in Mission on Monday or Tuesday. A level of more than 6 meters has only been seen twice this century in 2012 and 2018.

“These forecasts are more than five days out and have a high degree of uncertainty as they rely heavily on rainfall and other factors,” said an update from the City of Mission. But the statement advised property owners to have a flood control plan and check updated forecasts daily.

By mid-morning, the Fraser River in Mission was at 5.5 meters, still well below 8.89 meters, the milestone reached during the record high tide of 1894.

While BC levee design levels are set to protect against another 1894 flood, several studies over the past decade indicate that levee levels are not high enough in many parts of the Fraser Valley.

The Abbotsford News reported that the Tiger Dam will be deployed over the weakest part of the Mission embankment, where it is only 7.2 meters above sea level and more than two meters below the level of the flood structure.

A Tiger Dam was used to protect Highway 1 during the Abbotsford floods in November. The dam is built with custom-made water-filled tubes about one meter high that together form a flood barrier. Tiger Dam is a brand name given to the system by the US company that manufactures it.

In Abbotsford, crews, including members of the Canadian Army and the Abbotsford Fire Department, worked through the night to pump water into the dam, which had been set up in a desperate attempt to hold back water from the Sumas River.

The Abbotsford News reported that the Tiger Dam is to be deployed along 700 meters at the eastern end of the 3.5-kilometer Mission embankment near Harbor Avenue and Horne Street.

If the dike were to fail, nearly 100 commercial and industrial buildings would be flooded.

In a statement, Katzie First Nation Chief Grace George asked residents of two Katzie communities to be prepared to evacuate.

“The head and council will make every effort to provide as much advance notice as possible, but changing weather conditions can mean little or no notice, so residents and visitors are asked to be prepared,” she said.

Katzie First Nation has 85 outlying homes, including those on Barnston Island.

Studies have shown that BC First Nations are particularly vulnerable to the effects of climate change, which can cause more intense and frequent flooding and wildfires, with many reserves and treaty areas close to water or forest, yet minimally protected.

“We are most at risk during these catastrophic climate events, which unfortunately are no longer isolated incidents, but ongoing impacts of climate change,” said regional leader of the BC Assembly of First Nations, Terry Teegee, after the November floods.

A 2015 Fraser Basin Council study found 61 reserves and other treaty land plots in the Lower Mainland could be inundated by a major Fraser River flood or coastal storm surge.

A study published earlier this year from the University of Waterloo found that 81 percent of Canada’s 985 indigenous land reserves are at flood risk, with the highest number of “hotspots” in BC.

Elsewhere in the province, rivers continued to rise Friday with snowmelt and rain.

Earlier this week, a flood warning was issued for the Quesnel River, as well as a flood watch for the Thompson River from Kamloops to Spences Bridge and the South Thompson River, including Shuswap Lake.