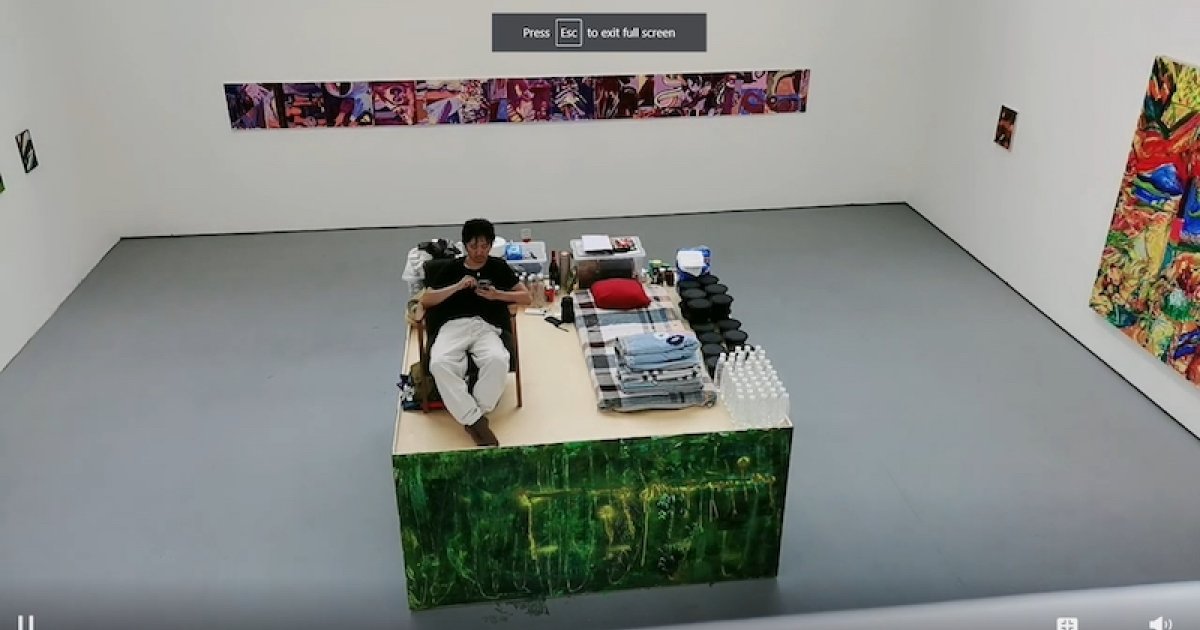 PETALING JAYA, April 28 — An artist in China is broadcasting his two-week “self-quarantine” to the world for the sake of performing arts, despite being free from Covid-19.

Since last Saturday, Pang Kuan has relegated himself to life on a small platform measuring 2.5 x 2.5 meters in the Star Gallery in Beijing.

The open platform, marked by white lines, means that every little move he makes is visible to all.

Pang Kuan announced his performance in a Weibo post, saying he would have basic necessities such as water and food (along with some alcohol), an armchair, a toilet and “the most fashionable clothes”.

sixth tone reported that after being open to the public for a day, the show has since closed to “help prevent and control epidemics.”

Instead, the performance is currently streamed live around the clock on Star Gallery’s WeChat and Weibo channels.

The stream has racked up 3.3 million views and thousands of comments so far, and many were amused by the concept.

Pang is better known as the keyboardist for New Pants, an indie rock band from Beijing that is praised for its mix of punk and synth-pop.

The name of the performance itself, ‘Bye Bye Disco’, is the title of a New Pants song.

According to sixth tonewhile some art critics have praised the artist’s “courage”, others have labeled the performance as “grand”.

The stream is as natural as you’d expect; the public can catch Pang going about his daily routine of being on his phone, writing, preparing instant meals with mineral water and even going (discreetly) to the toilet.

Every once in a while, Pang does some antics — in his latest Weibo post on Wednesday, he said some of his “tools” were confiscated after trying to punch a hole in the platform.