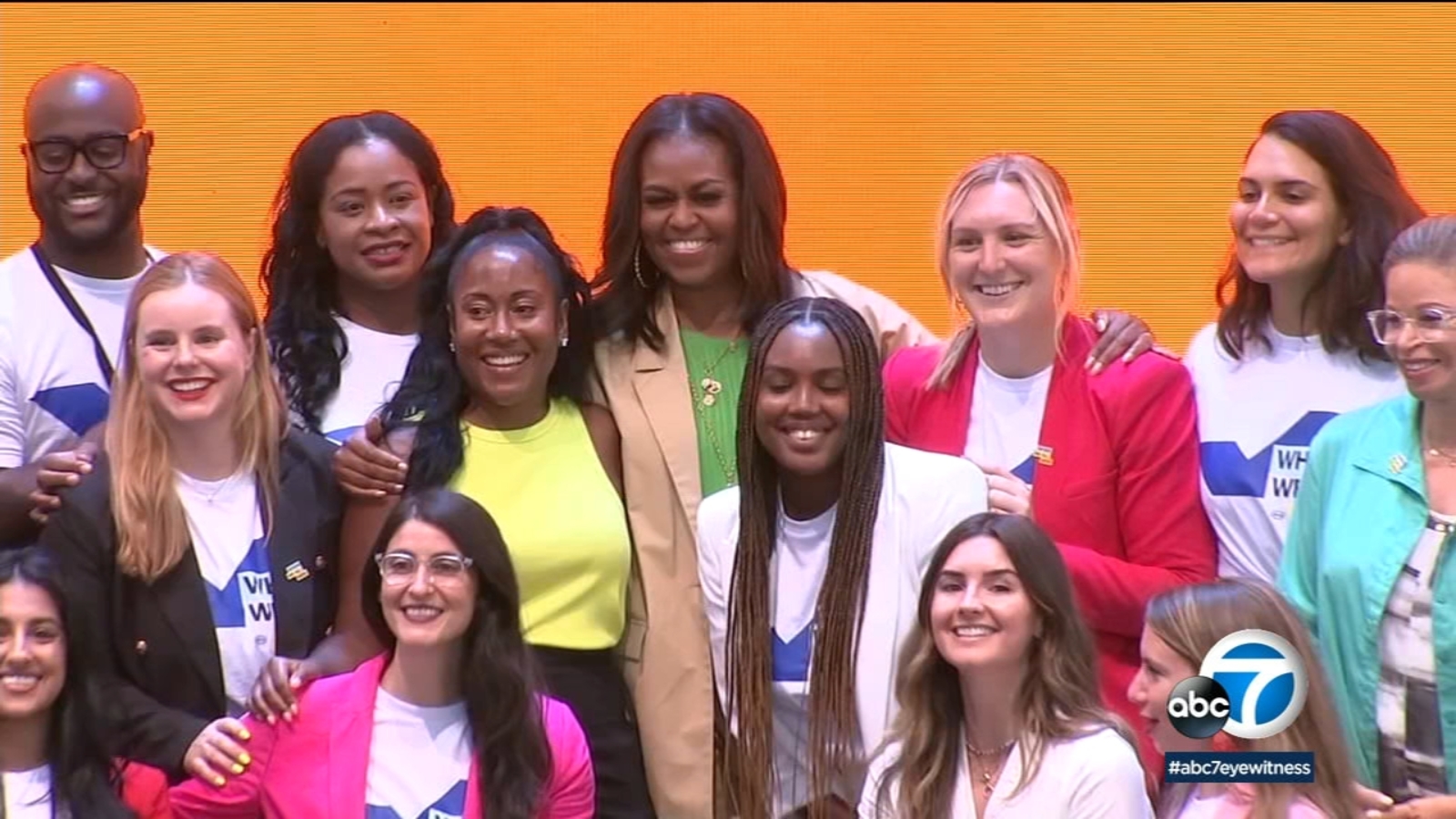 LOS ANGELES (KABC) — Michelle Obama on Monday urged Americans not to step out of the stalled political system, saying that voting — and recruiting millions of new voters — is a path to change in a deeply polarized nation.

“Protecting and expanding our democracy is the best and only way out of this mess,” the former first lady said during her keynote address at the Los Angeles summit of a national voting organization she helped establish.

When We All Vote’s inaugural Culture of Democracy Summit brought in people from business, technology, entertainment and sports. The event was held at the Banc of California Stadium in Exposition Park.

“Our democracy is fading,” Obama said, citing what she described as abusive gerrymandering practices and a new wave of voting restrictions in states that could suppress voting.

“No one has the luxury of sitting outside or staying at home just because you don’t feel excited enough,” she said. “If you don’t vote, other people will.”

The attendees came from all over the country. They are interested in getting people to vote on ages and races, and against misinformation.

“As we approach the midterm elections, as well as the mayoral elections in Los Angeles, it is now more important than ever that we stay engaged,” one participant told Eyewitness News.

When We All Vote isn’t affiliated with any political party, and Obama didn’t talk about a particular side of the aisle.

She instructed people to understand each race.

“It’s important to know your judges and your judges because they can determine what kind of justice you get,” she told the audience.

Organizers said it was Obama’s first personal appearance in front of a larger audience since the start of the pandemic. She last addressed When We All Vote in person in 2018 before the midterm elections.