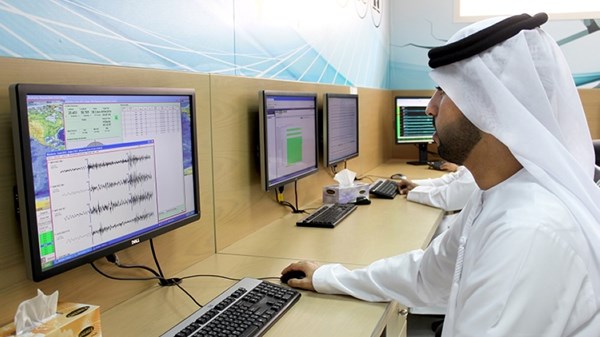 The National Center of Meteorology has reassured residents of the country that the impact of the earthquakes that struck southern Iran at dawn today, Saturday, does not exceed the feel of the earthquake, without causing any other damage, on on the grounds that their source is from outside the country, and that the designs of buildings in the country are subject to earthquake building resistance codes.

Khamis Seif Al Shamsi, director of the Earthquake Division of the National Center of Meteorology, told Al-Ittihad that the earthquake that struck southern Iran in the early hours of yesterday morning (Saturday) measured 6.3 on the Richter scale. had reached and felt by the inhabitants of the country, especially the northern regions of the country, as a result of their feelings Vibrations following an earthquake.

He said: The region of southern Iran has witnessed an activity of earthquakes and tremors that followed in the past two weeks, stressing that the people of the country should not be afraid of these earthquakes, especially since their source is outside the United Arab Emirates, and they are the result of activity in the region of the boundaries of the Arabian plate with the Euro-Asian plate, caused by the movement of faults in the plate.

Al Qubaisi assured the public that the UAE does not have strong seismicity, but there is light activity on the east coast, especially in the Dibba Masafi area, and earthquake intensity usually does not exceed 3 degrees on the Richter scale.