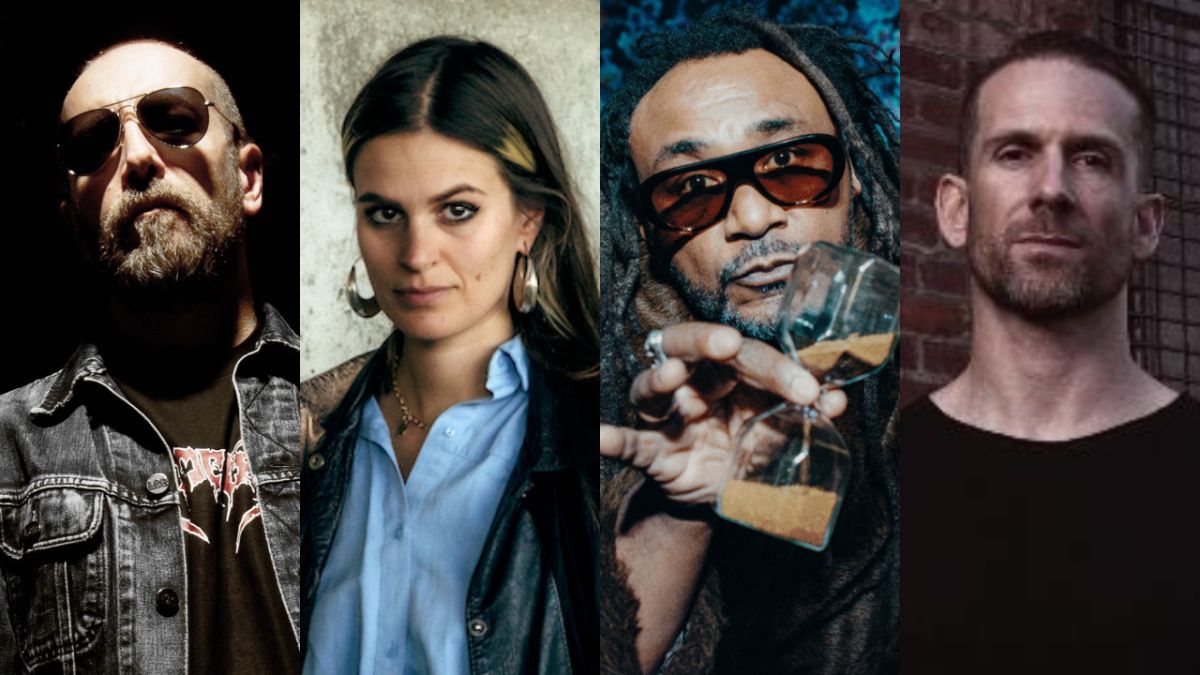 We’ve said it before, and we’ll say it again: big names don’t always win the popular vote. In a week where we had new material from Ozzy Osbourne, Megadeth and Machine Head, the winner of our vote for song of the week (by a significant margin too) went to Jonathan Young and Caleb Hyles with their epic fantasy metal track wolf inside – you can listen to that below.

This week we’ve put together a stylistic banquet for you to feast on. Death metal traditionalists Bloodbath are back with a new album, while OC metalcore heroes Bleeding Through bring back scene sing-alongs like 2006 never went away. As always, you’ll find a vote at the bottom of the page, so give your opinion on which songs will bring a smile to your face this week.

The death metal supergroup Bloodbath spins around like clockwork every four years and is back with another meaty slice of old school DM woes in Zombie Inferno† Speeding up the pace of lead grunter Nick Holmes’ daily job in Paradise Lost a thousand times, Zombie Inferno is a total frenzy on the senses and a wonderfully repulsive first taste of new album Survival of the sick†

OC metalcore heroes Bleeding Through are back and swinging in front of the gates with Damage done† The first track of a three song EP to be released later this year, Damage done balances BT’s love of extremity with massive choruses and more ‘bleghs’ than you can shake a finger down the throat.

It’s been 20 years since Benji Webbe brought Skindred roaring into the world with their reggae-metal fusion, but even before that, Benji challenged the boundaries with Dub War. Nearly 30 years since he first formed them, he returned to his original band. Stand back up exudes the effortless cool Benji is loved for while lining up Faith No More drummer Mike Bordin for an extra dose of heft in the percussion industry.

With Belgium increasingly becoming a hotbed of activity for bands in the ‘post’ suffix areas of hardcore, metal and beyond, it feels good to have Brutus in such spectacular form again with Dust† The band’s first new song since 2020, Dust bursts of power in an outpouring of adrenaline and emotion, exactly where you want to shoot the cobwebs.

Bridging the gap between 00s metalcore and 90s melodeath, Miss May I’s Earth Shaker feels like someone took the best of both worlds from Killswitch Engage and Soilwork and then merged those elements together. With fret wizardry, blast beats and massive mosh calls galore, Earth Shaker is everything a millennial metalhead could hope for in one neat package.

Honestly, if we hadn’t seen this song being released by Shinedown, we’d believe this is a new Billy Talent song. Jangly punk with an eye for everything that is happening in the world right now, America Brandt is Shinedown who draws a line in the sand with an ear for their usually massive choruses.

Combine Blackpool electropunks Strange Bones and Liverpool’s nu metal revivalists Death Blooms and what do you get? An all-encompassing lightning-infused assault on the senses, that’s what. With shades of Gallows and hardcore noise terrorists The Armed, 25 thousand volts is as vibrant and overwhelming as the title suggests.

With slow riffs and vocals that sound like someone trying to strangle a cabin, Oceans Ate Alaska returns after a two-year absence with pure, core (metal? Death? Hard? Take your pick) woe on the New Dawn†

Between Heriot, Conjurer, Employed To Serve, Svalbard, Ithaca and Malevolence in recent years, the UK has really stepped up its metal hardcore game. Grief Ritual is here to add to that rich tapestry, as if someone pissed off Raging Speedhorn and then ran them through tar, their blackened, muddy hardcore is exactly the taste of filth we want to hear.

Trying to pin down the sound of Sobriquet is an act of sheer madness. Divine swings between hyperactive Converge-style post-hardcore, blistering black metal and total Dillinger Escape Plan craziness, all within two and a half minutes. Taken from the upcoming EP by the Sheffield based band Apotheosis, the track is a slice of madness well worth checking out if you like total sonic bedlam.