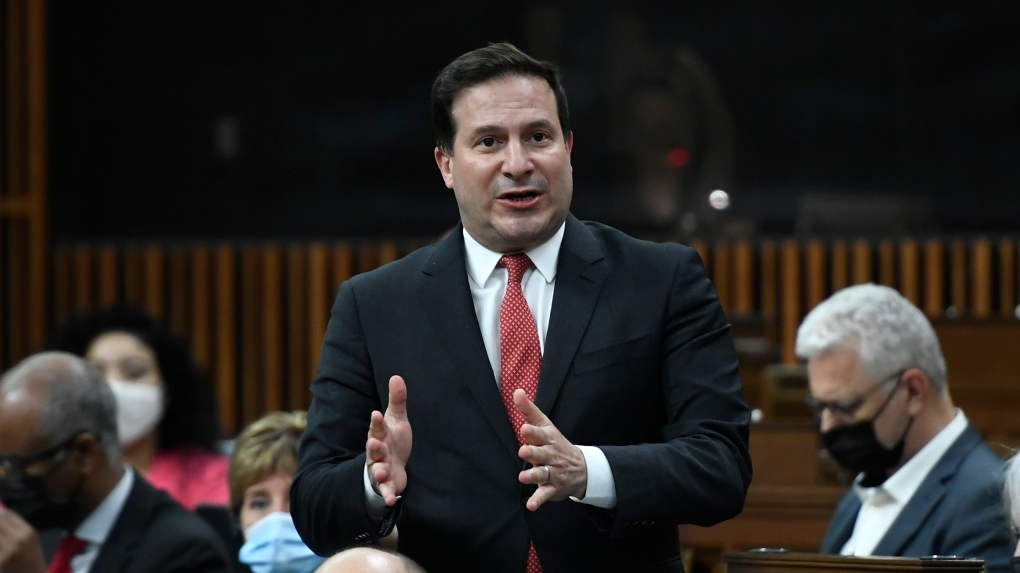 Public Security Minister Marco Mendicino instructs the head of the RCMP to work closely with indigenous communities to address the traumatic legacy of residential schools.

In a new mandate letter to RCMP Commissioner Brenda Lucki, Mendicino instructs the National Police to proactively release documents, help uncover truths and enable alternative forms of investigation as communities “seek justice at their own pace.”

The Liberal government says the discovery of unmarked graves and cemeteries near former residential schools has highlighted the need to accelerate the path of reconciliation with First Nations, Inuit and Métis Peoples.

In that vein, several of the minister’s directions to the RCMP are aimed at promoting improved relations with indigenous peoples.

Mendicino says he looks forward to working with Lucki to accelerate RCMP reform over the next two years by improving troop recruitment at all levels to better reflect the communities it serves, especially indigenous and black.

He directs the RCMP chief to conduct an assessment of contract policing in consultation with provinces, territories, municipalities, Indigenous partners and others, and to work with partners on the “stabilization and expansion” of the First Nations and Inuit Policing Program.

The letter updates a letter issued to Lucki upon her appointment as a supervisory director in 2018.

“As you know, the Prime Minister has given me a mandate to act in several key areas, many of which touch upon the work of the RCMP,” Mendicino wrote. “Most notably, he has asked me to prioritize police reform.”

The minister says his central objectives are to ensure the RCMP meets the needs of Canadians, to address systemic racism, to eliminate harassment and discrimination and to create a culture of responsibility, diversity and inclusion.

In newly issued mandate letters to other bureau heads in his portfolio, Mendicino instructs:

— Director of the Canadian Security Intelligence Service, David Vigneault, to support wider efforts to ensure economic security, including research and intellectual property, and to address threats to democratic institutions by investigating all forms of ideologically motivated violent extremism, such as those driven by worldviews based on xenophobia and resistance to authority;

— John Ossowski, President of the Canada Border Services Agency, to fight the trafficking of firearms and illicit drugs and tackle illegal migration by increasing the efficiency of asylum processing;

— Correctional Service of Canada Commissioner Anne Kelly to support the government’s work to address systemic racism and the over-representation of black and Indigenous people in the justice system, and to fill a new position of Deputy Commissioner for Indigenous Corrections to create.

Among the tasks outlined in his letter to Lucki from the RCMP, Mendicino is asking for support for anti-gun smuggling measures and for the implementation of a banned firearms buy-back program.

He is also asking for help to ensure the RCMP’s board of directors is fully supported as it takes on a greater oversight role.

To that end, he is asking Lucki to work with key firearms officers across Canada so that they respond promptly to calls from Canadians concerned about the safety of anyone with access to firearms, and to cooperate with the appropriate police force. to quickly remove firearms if necessary.

In addition, Lucki is asked to provide awareness and training about the importance of registering incidents involving dangerous behavior and firearms. “This work also includes the implementation of new procedures and learning resources in close collaboration with community groups, women’s shelters and organizations, academia and more.”


This report from The Canadian Press was first published on May 10, 2022.