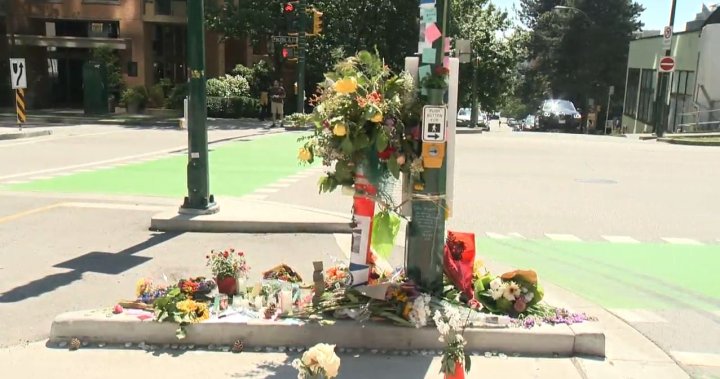 A cyclist killed in an accident in Yaletown earlier this week has been identified as a UBC economics student.

A memorial to Agustín Beltrán grows on Pacific Boulevard and Hornby Street.

The 28-year-old Vancouver School of Economics student died Wednesday when police said he was involved in a collision with a dump truck on the crosswalk at the intersection.

Beltrán’s friends and family held a vigil on the spot on Thursday evening.

Driver dies in fiery crash in Burnaby, BC despite ‘heroic’ efforts by witnesses

UBC staff said it was devastated over Beltrán’s death.

“We are shocked and devastated by the death of Agustín. This is a huge loss to the UBC community and our close-knit Ph.D. program,” UBC staff wrote in a release.

“We extend our deepest condolences to Agustín’s family, friends and colleagues. We share in their grief today and in the days to come.”