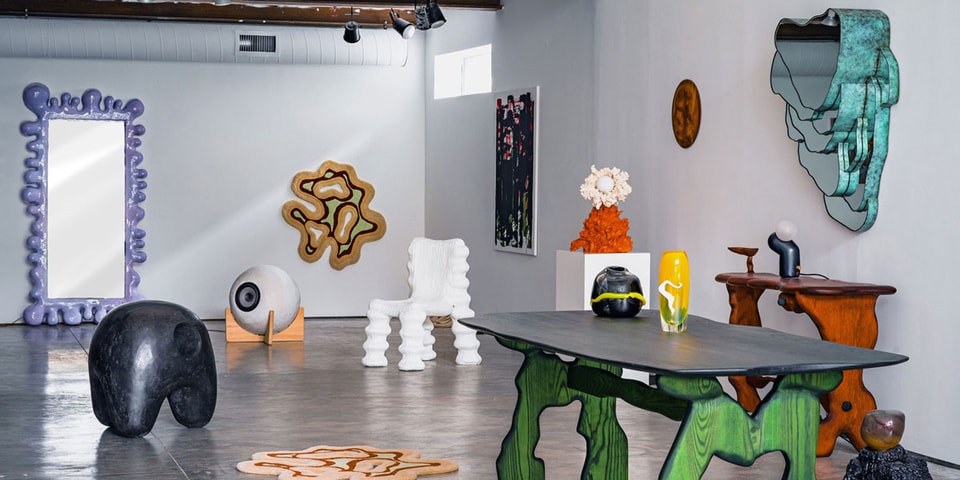 An exhibition curated by online gallery Adorno and Brooklyn-based HNH Gallery has opened in New York, showcasing a range of experimental designs that push the boundaries of what furniture should be. Called MELT, the show is filled with pieces of design that adopt an expressive and expressionistic aesthetic, which has largely emerged from the New York design scene in recent years.

In the space, pieces of furniture – also described by the galleries as ‘functional art’ – are presented in clusters. Each work is created by one of 30 New York-based designers who take a fun approach to their work, whether it’s applying a cartoonish aesthetic or using unexpected materials. Slimy shapes, chubby chairs, brightly colored wood and paper pulp furniture are combined with surfaces designed to reduce toe bumps, benches inspired by playgrounds and barrels made from bioplastic.

“The pieces on display resemble a constant flow or movement that makes us feel dynamic and present at the same time,” said Martin Clausen, co-founder and creative director of Adorno. “Despite the objects being static, they offer the opportunity to capture a moment in time, almost as if time stood still.”

Hoping to provide a real insight into the fabric of New York’s melting pot of a design scene, Adorno and HNH have brought together the city’s known and rising stars. Collectively, however, many of the pieces on display have never been seen before. Works by Jumbo, Studio POA, Joseph Algieri, Martina Guandalini are combined with Nicholas Devlin, Gustavo Barroso and Michal Cihlar.

On display for a full month in HNH Gallery’s Williamsburg space, MELT opens May 10 to coincide with the NYCXDesign festival, and runs through the end of May during Frieze NYC.

Also on the occasion of NYCXDesign is a show at Rockefeller Center, which brings together works by artists, architects and designers who are from Mexico, live in Mexico or whose work has been influenced by the country.