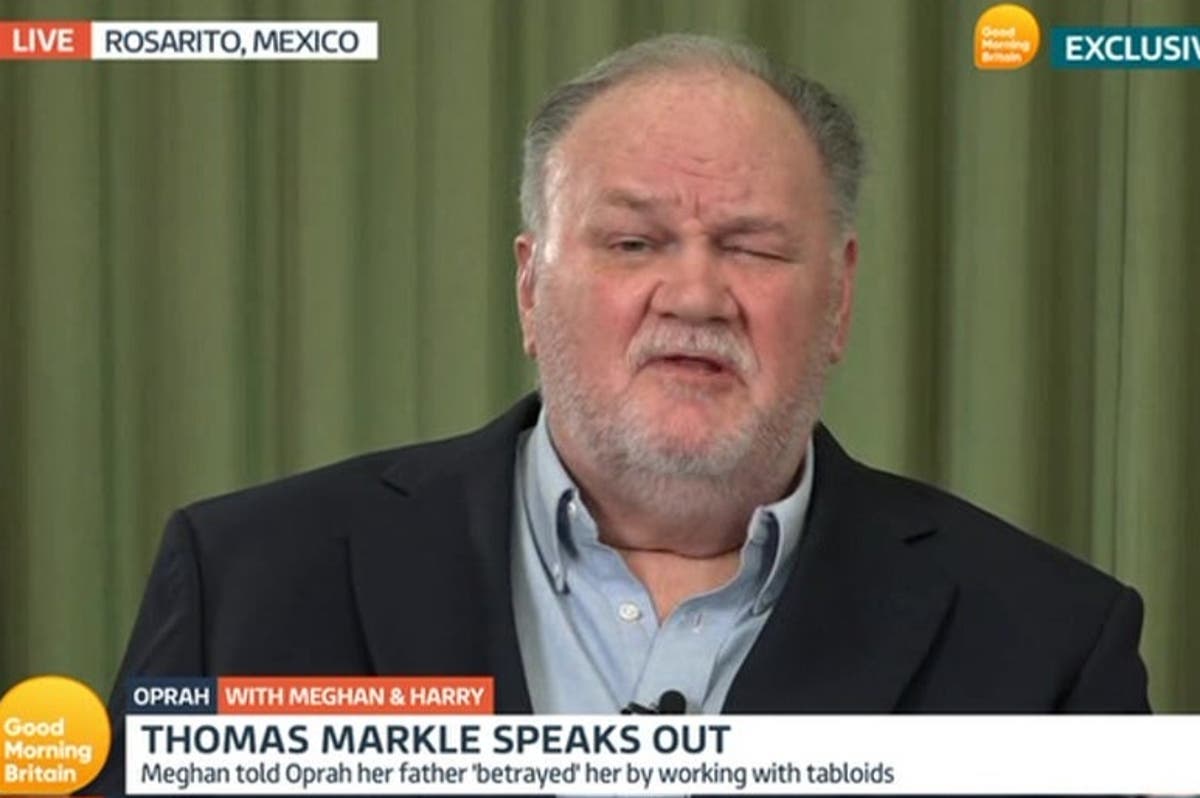 The 77-year-old has had to cancel plans to fly to London for the anniversary, where he had hoped to meet his grandchildren Lilibet and Archie for the first time, after becoming estranged from daughter Meghan in recent years.

Now he faces what he calls an “uphill battle” to speak again after the stroke, but assured everyone he was “working hard” to be able to do so.

However, Markle said he was “grateful” and “happy to be alive” after his hospital stay in San Diego, thanking the medical staff on Saturday night.

He said in a statement to the Mail On Sunday: “I am extremely grateful and know how lucky I am to be alive. I want to thank everyone, especially the wonderful doctors and nurses who saved my life. They are angels.

“I am deeply moved by the loving messages I have received from all over the world. People have been so nice. I can’t speak at the moment, but I work hard and will sincerely thank people if I can.”

His 56-year-old son Tom Jr will take care of him now that the 77-year-old is out of the hospital.

The retired Hollywood lighting director also had a message for Her Majesty, as he was unable to attend the four-day anniversary celebration next weekend.

He wrote on a whiteboard: “I wanted to come to pay my respects to the Queen. I wish her a happy anniversary and many more years to come.”

Earlier, he had spoken of his enthusiasm to attend the anniversary.

“I would like to meet Prince Charles and thank him for guiding my daughter down the aisle, as well as meeting and talking to him because I think we have a lot in common now. We’re pretty much both ghosted by our kids.”

Markle had to withdraw from attending his daughter’s royal wedding to Prince Harry in 2018 when he suffered two heart attacks in the days leading up to the event.