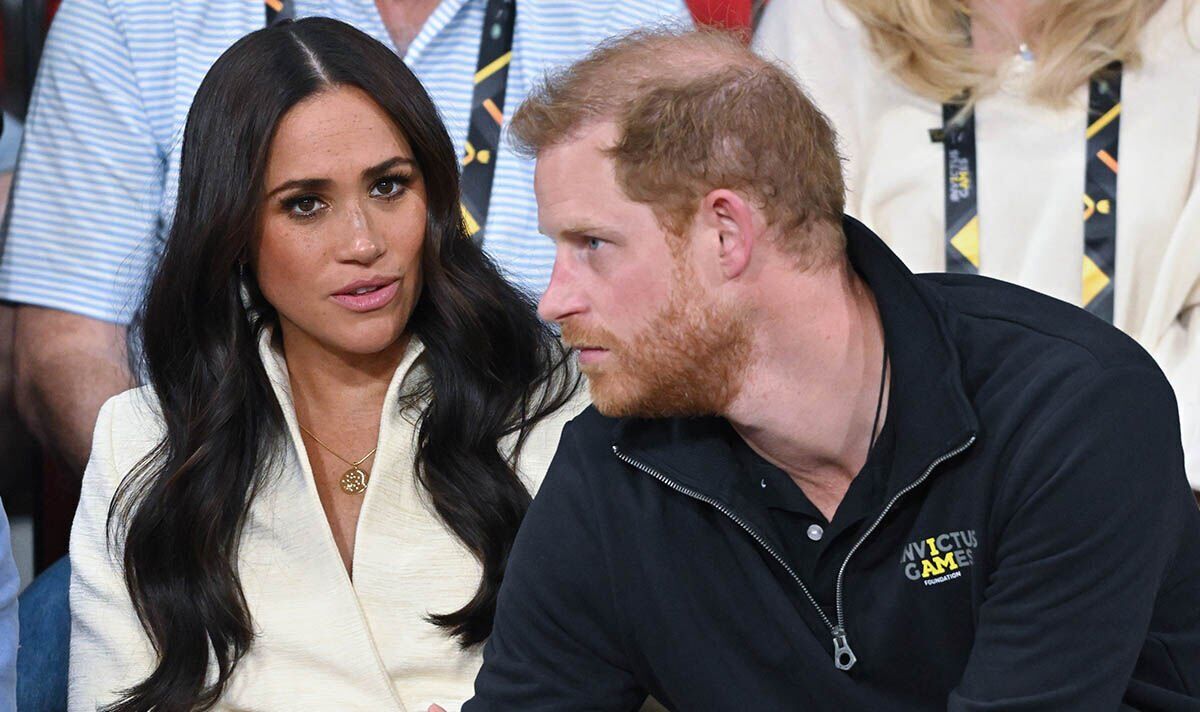 The Duke and Duchess of Sussex face a dilemma when it comes to celebrating Lilibet ‘Lili’ Diana’s first birthday. The important milestone falls on June 4, when Platinum Jubilee events are in full swing.

While this gives the Sussexes a chance to celebrate the birthday in the presence of members of the royal family, a source claimed it’s a calendar issue, with so many official anniversary events already scheduled for that day.

They told The Sun: “Harry and Meghan will somehow want to celebrate Lilibet’s birthday with their family.

“But Saturdays are full.

“There’s not a lot of wiggle room to babysit at a birthday party for a one-year-old.”

The two main events on the day are the Epsom Derby, one of the five British classic flat races.

The Queen will not have any horses this year, but she is still expected to go to Surrey for her love of horse racing.

In the evenings, younger members of the royal family head to Buckingham Palace for a televised concert.

While the Queen is unlikely to attend this event, Prince Charles will reportedly be the center of attention, delivering a speech in honor of his mother and her reign.

While there can be a calendar conflict when it comes to the birthday, the Queen’s enthusiasm certainly runs high at the prospect of seeing her two great-grandchildren in person.

The monarch is reportedly looking forward to meeting Lili and seeing Archie again.

Lili was born on June 4 last year in a hospital in Santa Barbara and it is believed she never left the United States.

Her parents have guarded her privacy and have only released one photo of the toddler so far.

Lili was held by her doting mother last summer and watched admiringly by her brother and father.

This snap was published by the Sussexes in December as their Christmas card.

Archie, on the other hand, lived in the UK for six months before moving across the pond.

The now three-year-old boy was born on May 6 in a hospital in London.

Two days later, he was introduced to the Queen and Prince Philip at Windsor Castle, shortly after the Sussexes held a photocall to show their child to the public for the first time.

Archie, who even took part in the Duke and Duchess’s royal tour of South Africa in September 2019, was brought to Canada two months later by his parents, where they spent their announced six-month hiatus from royal duties.

While Meghan and Harry returned to the UK twice in early 2020, the toddler remained in Canada and crossed the border to enter the US in late March, just days before the Sussexes officially resigned from their full-time positions with the firm.

The Queen has been known to have kept in touch with Archie through video calls in recent months.

During an interview with James Corden last February, Harry also revealed that the monarch had sent a waffle iron as a gift to her eighth great-grandchild after learning he wanted one.

While it’s unknown how many events Meghan and Harry will attend alongside Kate and Prince William, this trip will also provide an opportunity for Prince George, Princess Charlotte and Prince Louis to get to know their US-based cousins.

So far, the Duke and Duchess of Sussex are expected to attend the Thanksgiving service at St Paul’s on June 3, one of the events open to all the Royal Family.