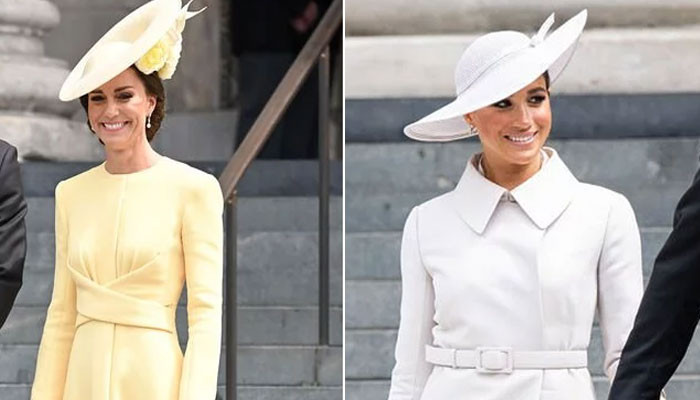 Meghan Markle and Kate Middleton appear to support each other as spouses continue to fight.

Body language expert Elaine Swan noted in a recent conversation with US Weekly that the Duchess of Cambridge was spotted in sync with Meghan Markle as the duo strived to “heal the gap” at Platinum Jubilee.

“I’ve still seen communication, in my opinion, because when you think of Jubilee’s passed.

“I looked at what the women were wearing and if you see Kate and Meghan in the last anniversary, they had jewel tones like that was the memo of the day.

“This time it looks like a memo has been sent and the family has taken a special look.

“Meghan and Kate were still in step with that dress of the day memo.

“There’s a lot more going on behind the scenes than we think.”

The efforts were reportedly made in an effort to give Queen the ‘spotlight’ on the 70-year milestone.