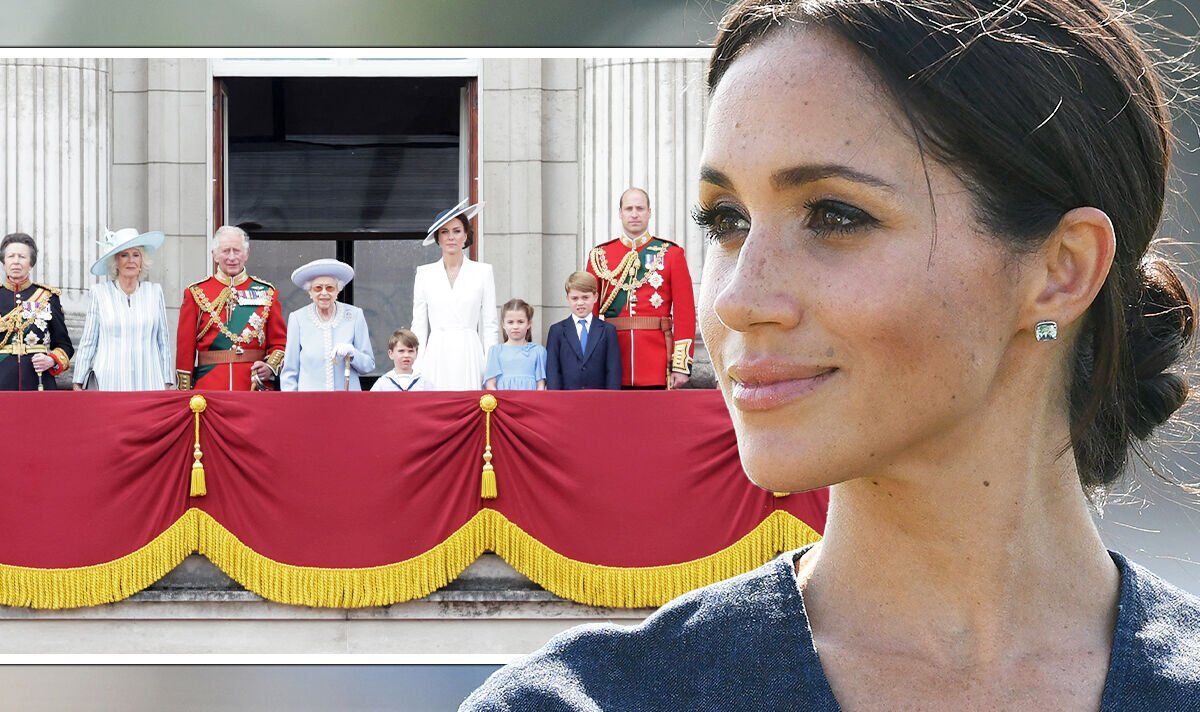 Commentator Gareth McLean said the Duke and Duchess of Sussex are a “blueprint for modernizing” the royal family as he warned the end of the Queen’s reign would lead to a “radical re-evaluation” of the firm.

McLean wrote for Newsweek: “In those circumstances, a bold mindset like Harry and Meghan’s could make the difference between Britain becoming a republic and preserving a lean, Scandi-style monarchy.

“In other words, British taxpayers have supported the monarchy for a thousand years, so why not leave Netflix on for a while?

“Say it quietly – whisper it, if you will – but the truth is this: Meghan is not the nemesis of the Windsors, but rather their savior.

“Because without her they are a bit miserable, as evidenced by the presence of the so-called ‘magnificent seven’ on the famous balcony of Buckingham Palace at the end of the Jubilee splendor.”

Mr McLean added: “Three retirees, three under ten – and William and Kate. Hardly the World Cup side of England in ’66, right?”

The commentator also stressed that the platinum anniversary was a “missed opportunity” for the royals to contact Meghan and Prince Harry.

READ MORE: Harry and Meghan expected royals to ‘drop everything for them’

But they were absent from many of the other festivities over the four days.

And their downgraded seats in the service were a sign of their change in royal status.

The Sussexes sat in the second row behind the working royals, while Charles, Camilla, Prince William and Kate sat far across the aisle.

There was no apparent interaction on the TV camera between Harry and his long-time split-up older brother, his father, who he also has a difficult relationship with, or Meghan and Kate.

The Sussexes chose not to attend a Guildhall reception after the service with the other royals.

And they had reportedly already left for the US before the election finals started on Sunday.