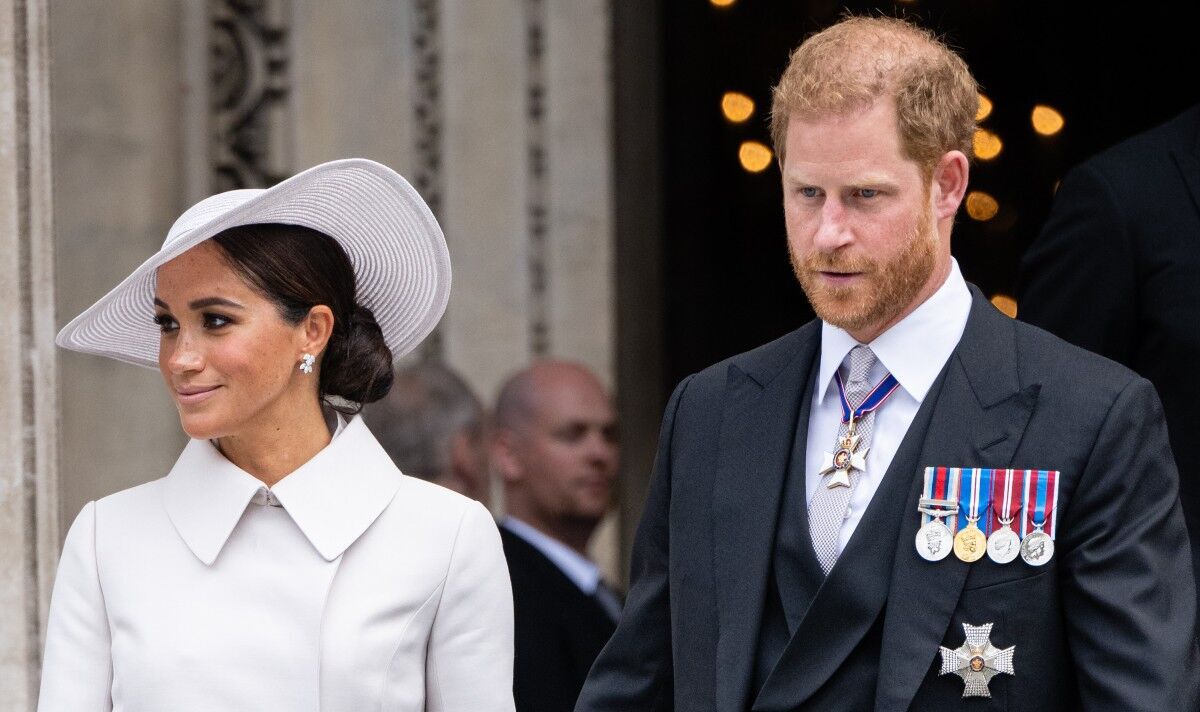 The Duke and Duchess of Sussex joined the royal family this weekend to celebrate the Queen’s platinum anniversary, the first time they’ve returned to the UK as a family since leaving their role as full-time royals in 2020.

They remained relatively inconspicuous all weekend and were only seen in public during Thanksgiving service at St Paul’s Cathedral.

Royal commentator Richard Fitzwilliams said the lack of appearances shows they are “clear outsiders” in the royal family.

He told Express.co.uk: “There is still a deep rift with the Royal Family, although clearly a lot has happened behind the scenes to enable their visit for the Platinum Anniversary celebrations.

“This follows their visit to the Queen before the Invictus Games started. It would benefit everyone if it could be cured and the royal family united.”

Fitzwilliams said it’s “not surprising” that the couple extended a lease at Frogmore Cottage in Windsor, giving them a “base” in the UK.

The cottage was converted into one home for the Sussexes in 2019 at a cost of £2.4million, previously being five separate properties for the staff. It is thought to have five bedrooms, a kitchen, a sitting room and a children’s room.

Princess Eugenie and her husband Jack Brooksbank have lived there since Harry and Meghan moved to California with their children Archie, three, and Lilibet, who turned one on Saturday.

No official attendees have been confirmed, but it is believed that Princess Anne’s daughter Zara and her husband Mike Tindall attended with their three children.

Mike Tindall revealed that the family had a “good lunch with cousins” on the first day of the anniversary celebration, adding that it was “a highlight”.

He did not share any further details or reveal who exactly was in attendance, but royal editor Rebecca English said she did not believe Meghan Markle and Prince Harry were among those in attendance.