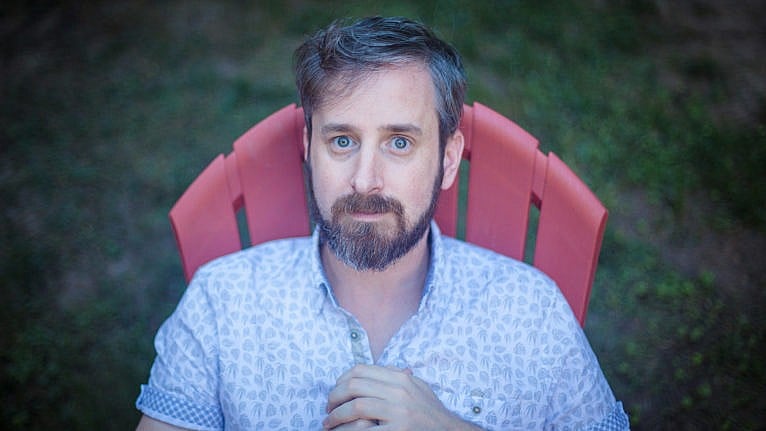 A a few years before the pandemic, Chip Zdarsky had a funny idea for a Comic-Con panel: a PowerPoint presentation on why he should be the next writer for Batman, chock full of stupid ideas and terrible references like “I’m very strong” and “I never shy away from hitting clowns.”

It was the classic Chip Zdarsky, the alter ego of Canadian comic book writer and illustrator Steve Murray, who once described his alternate identity as “an idiot who doesn’t know what [he’s] It was Zdarsky who launched a world tour that began and ended after a night in Sault Ste. Marie, Ontario; who had a months-long virtual friendship with the Facebook account of an Applebee’s restaurant in Barrie, Ontario; who was a one-man comedian convention, called Zdarscon, was held on the sidewalk across from Toronto’s hugely popular Fan Expo.

In the end, Zdarsky didn’t go through with the Batman gag, because by the time he thought of it, he’d landed a gig writing a Spider-Man series and had won multiple Eisner Awards (think the Oscars, but then for comics). “I had the sad realization that I couldn’t play the outsider-loser anymore,” Zdarsky says. “You can’t be ‘Oh, look at me! I’m such a failed dummy’ when you’re writing books for Marvel and DC.”

In a case where life imitates fiction — or perhaps reads Zdarsky’s mind — DC Comics recently named him the next writer for its flagship series: Batman. The Dark Knight is the alter ego of Bruce Wayne, a billionaire with a ruthless work ethic. Zdarsky, a self-deprecating, sad cartoonist who is himself an alter ego, seems oddly a perfect fit for him.

It was around the turn of the century, when Steve Murray was in his early twenties working as a newspaper illustrator, he created Chip Zdarsky. The surname is taken from a close friend’s ex-girlfriend; the first name was a nod to the creator of Peanuts, Charles Schulz. Murray used the pseudonym for his work in comics, the nature of which at times seemed inappropriate to someone who also worked for national newspapers such as the Globe and Mail or the National Post† “I was pretty intense about really keeping those things separate back in the day,” Zdarsky says. “Originally, Steve Murray didn’t exist online. I was just Chip Zdarsky doing my stupid little comics and having fun with my geek friends on the internet.

That is until he started doing more high-profile (and often ridiculous) paper work, like Murray. He reported from a nudist colony, climbed Toronto City Hall in a Spider-Man costume, and even had a failed mayoral career. “Chip used to wear a cowboy hat, which was kind of a dividing line between personas,” said Kagan McLeod, an illustrator and friend since their days with the National Post graphics department. “But I don’t think he behaves differently.”

Once, at the 2003 San Diego Comic-Con, Zdarsky sat in an elevator of a Hyatt hotel with convention exhibitors. As everyone has no doubt noticed, Marvel Comics editor-in-chief Joe Quesada was also in full swing. While others stared in silence amid the utter lack of room to move, Zdarsky lifted his large bulky art case and asked aloud, “Would you like to look at my portfolio, sir?”

A decade later, people like Quesada were eager to see Zdarsky’s work. In 2013, he co-founded the R-rated hit comic book series Sex Criminalsthe story of a bank robbery couple that time stops when they orgasm, which Apple banned on the ComiXology app and Time magazine ranked as the number one comic of the year. Murray has his job at the After so that Zdarsky could work full-time on comics.

The accuracy of the daily reporting proved to be an asset. “In baseball, you have the player with five tools,” says Matt Fraction, the writer and co-creator of Sex Criminals, with a term to describe the rare athlete who excels in all major physical categories. “If comics have an equivalent, the first tool is ‘Can you meet deadlines?’ Chip has that newspaper background and he’s ruthless.” Zdarsky landed jobs as a writer for such well-known characters as Howard the Duck, Jughead, and Daredevil. It seemed only a matter of time before DC called in with the chance to write about the Dark Knight.

Zdarsky says he’s hopeful he’s found something new to add to a character that’s been thoroughly recorded and obsessively followed. A common criticism of Batman is that he glorifies a poisonous kind of masculinity: hiding his vulnerability and expressing his aggression. Zdarsky says he’s interested in investigating these issues surrounding Batman; his earlier work on the Daredevil franchise explored the consequences of vigilante violence. He likes to think that the comic book version of Batman has more nuance than the one in the movies – he’s less the brooding billionaire, more the complicated and compassionate hero with an army of like-minded individuals helping him do justice however he sees fit. And it’s worth asking if they’re right. “Who Holds All Of Them Responsible?” says Zdarsky.

Batman has a pretty solid track record of saving Gotham City, Earth, and the universe, but Zdarsky says the most interesting way forward in storytelling is to look at the character’s fallibility. “If he’s not perfect, he can’t just do whatever he wants,” Zdarsky says. His first appearance as lead writer is a story of Batman’s childhood mistakes that catch up with him – and whether he can handle the consequences. Old fans don’t have to worry about Zdarsky taking things with them at far away. ‘There is being beaten,’ he promises.

This article appears in print in the July 2022 issue of: maclean’s magazine. Subscribe to the monthly print magazine here or buy the issue online here.