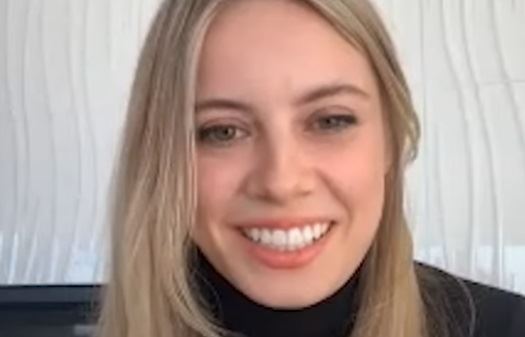 (news)
– If you come across some paintings by Anna Weyant in the summer of 2019, displayed on a beach towel at a Hamptons art fair and going for about $400 each, it would have been a wise investment to scoop one up. Because if the Wall Street Journal explains in a profile, 27-year-old Weyant is currently one of the fast-rising stars in the art world. Her paintings, including “Summertime,” which you can see here, are now selling for over $1 million at Christie’s and Sotheby’s. As Kelly Crow from the log writes: Weyant “is now internationally coveted for her paintings of vulnerable girls and naughty women in brightly lit, old-fashioned hues.” Or this shortcut: “Imagine Botticelli as a millennial.” The waiting list to buy one of her paintings is about 200 names long.

The story chronicles Weyant’s rise: The Calgary, Canada native, grew up with little interest in painting, but was drawn to the medium at the Rhode Island School of Design. Feeling vulnerable and scared in her new country, Weyant painted vulnerable and scared women and girls. After graduation, she was noticed by the right people on Instagram, including art critic Jerry Saltz, and was helped “by a handful of savvy artists, dealers and consultants.” One aspect of her life that is “being scrutinized in art circles,” Crow writes, is that for the past year she has been in a relationship with 77-year-old Larry Gagosion, founder of the influential Gagosian gallery. Amid all the attention, Weyant continues to paint in her quiet Manhattan apartment. After a big sale at Christie’s, “people kept congratulating me,” she says, “but I just felt pressure.” (Read the full story, which addresses Weyant’s challenge to translate her meteoric rise into a sustainable career.)