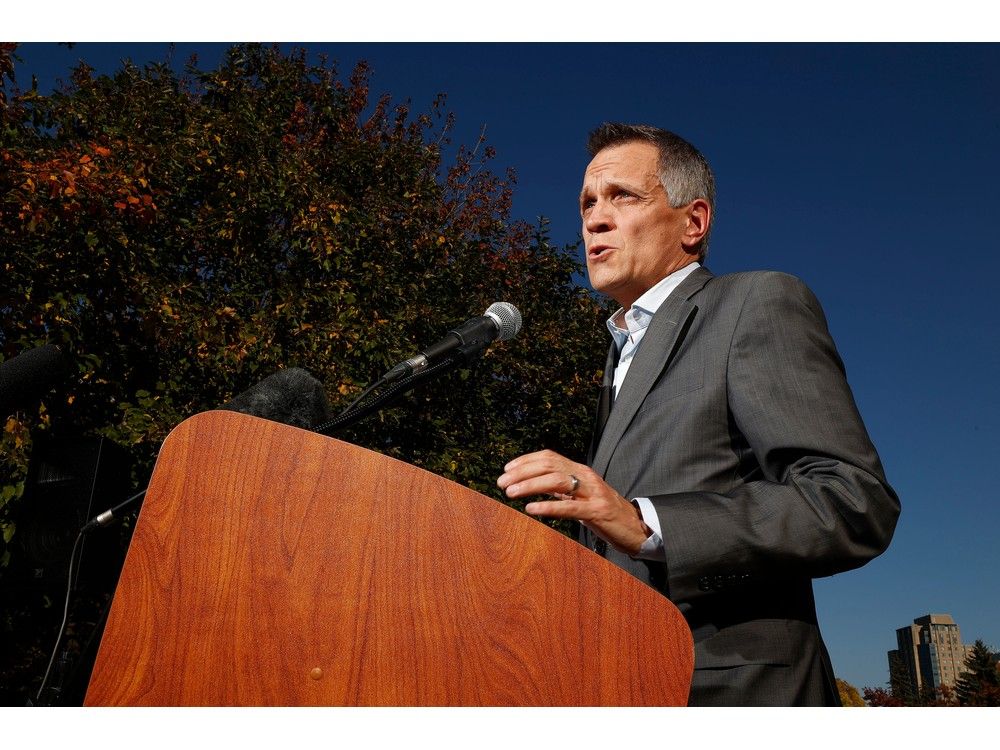 Mayoral candidate Mark Sutcliffe on Wednesday unveiled an ambitious fiscal policy that promises to limit property tax increases to between 2 and 2.5 percent for at least two years, while protecting the city’s critical infrastructure and investing in it.

Sutcliffe also said that if elected, he would target the same series of tax hikes for the following years, albeit with caveats.

“With the current level of inflation and economic uncertainty, it is impossible to predict the conditions that will shape the budget for 2024 and 2025,” Sutcliffe told reporters during a campaign announcement downtown.

“But I will do my best, as I have done since the very first day of this election campaign, to keep taxes as low as possible.”

Sutcliffe, who is going to the office for the first time, said the city is in “an affordability crisis”.

Whether both candidates can deliver on what they promise is an open question.

Sutcliffe says he will launch a strategic review of city spending with the goal of finding $35 million to $60 million in “efficiencies” — equivalent to about one percent of the city budget.

“There hasn’t been a proper, line-by-line assessment of city spending in nearly 20 years,” he told reporters. “We’re going to find efficiencies and re-apply them to the areas of investment we’ve talked about.”

While he says no one will lose their job, he says 100 positions will be eliminated due to exhaustion of vacant and non-essential positions.

Funding for other pledges — for example, additional police officers and a police station in the ByWard Market — will be paid in part with revenue from projected growth, he said.

Among other promises from Sutcliffe:

Sutcliffe said his budget was “prudent, accurate and responsible” and takes into account expected cost increases due to inflation.

Cost increases due to inflation and supply chain shortages are beyond a mayor’s control, he said. “But what I can do is show respect for taxpayers going through the affordability crisis and make sure the city doesn’t contribute to the financial pressures people are feeling.”

The municipal elections are on October 24.

This article is available for free – outside of our paywall – because we believe it is a matter of critical public interest. If you’d like to support us as we continue to provide journalism that matters to all Ottawans, please sign up: https://ottawacitizen.com/subscribe/