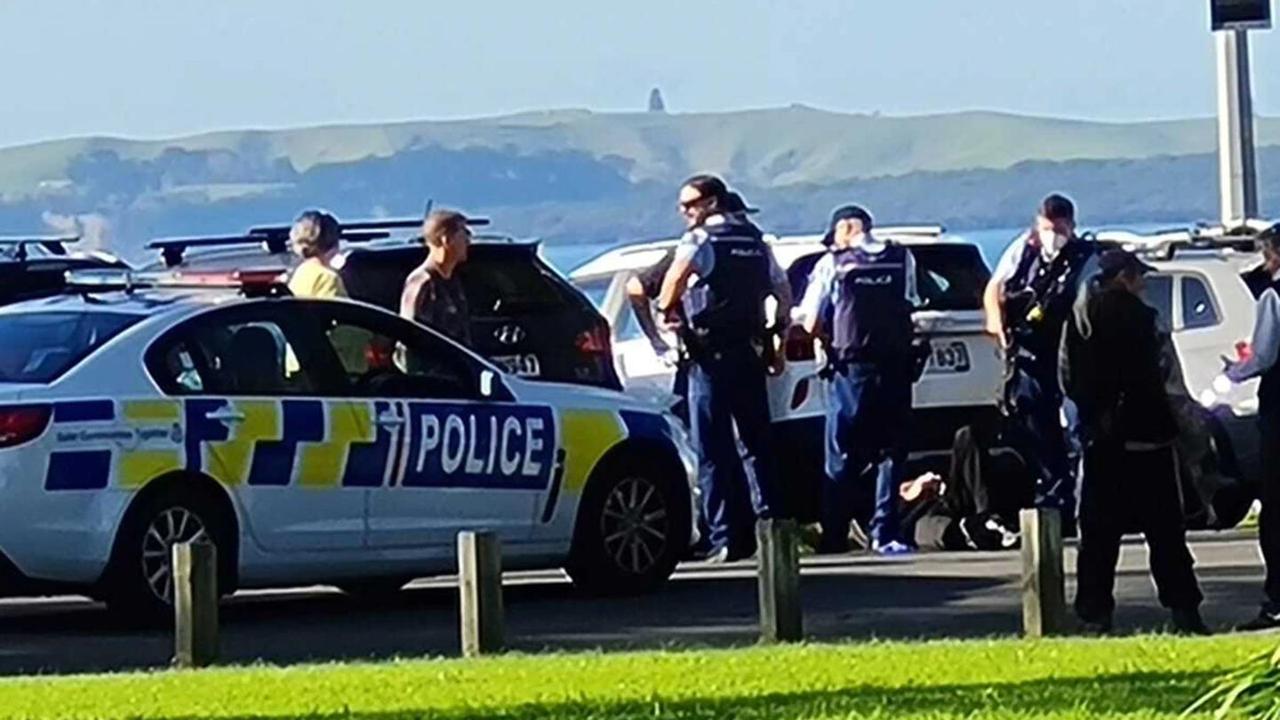 Four members of the public have been stabbed in what police say was a “random” and “isolated” incident on Auckland’s north coast.

Four members of the public have been stabbed in what police say was a “random” and “isolated” incident on Auckland’s north coast – where a woman says she had to run screaming after a man pulled her from the beach with a “large knife” had hunted.

Police said the assailant, who is in hospital after sustaining moderate injuries, was stopped by members of the public – to prevent the attack “from getting much worse”.

Waitematā District Commander Chief Inspector Naila Hassan said it would have been an extremely traumatic event for the victims involved.

The perpetrator was a local person – and has been arrested. He had randomly stabbed four members of the public who had suffered moderate injuries – before being stopped by a person using a crutch.

“This was an isolated incident,” she says.

“This culprit was on his way, he was on foot, it started in Murrays Bay” [where he stabbed members of the public]and he walked on to Mairangi Bay.

“A number of members of the public followed him and eventually one of them intervened.

“It could have been a lot worse and so I really have to recognize the courage of those members of the public who stepped in to bring this to an end.”

The members of the public who had acted or assisted had “acted bravely,” Hassan said.

The assailant had “a pretty big knife,” she said.

This was a random attack and there was no indication that it was a hate crime, Hassan said.

“I really have to recognize the courage of the members of the public who intervened,” she said.

“It was a random attack.”

The assailant was hospitalized with minor injuries. He will be charged, she confirmed.

A witness, who did not want to be identified, lives close to the beach and was about to walk her dog on their regular route when she noticed a man close to the water.

He turned and began to approach her and the woman at first thought he “wanted to chat”.

“I wore headphones and went to take the headphones off to talk to him because that’s what I thought he wanted,” she told the NZ Herald†

However, there was something about the man that set the woman on edge, she said.

Then “he just started running towards me”.

According to local media, a large kitchen knife was found where several people were stabbed and witnesses say people screamed and were stabbed randomly in the incident this morning.

Issac Hong, a CafeBayBay employee in Murrays Bay, said: stuff a woman was stabbed at the bus stop across the street from his cafe.

Hong said he was told by witnesses in the area that the alleged bully ran to Mairangi Bay and was chased by construction workers from a nearby work site before police apprehended the alleged attacker.

A Mairangi Bay resident says he witnessed a man in his 20s with a 20cm knife being walked down his street by five men who guarded him while holding weapons.

The resident, who only wanted to be identified as Steve, said he was gardening outside his home in Montrose Terrace when he saw the gunman being escorted down the road to the water’s edge.

The alleged perpetrator appeared to be in some degree of distress, Steve told the NZ Herald.

The people around the man didn’t seem to know each other, he said. As they made their way onto the road, the group told the audience to step aside and make way.

Two men hit the man with the knife — once in the leg and once in the head — causing the man to fall to the ground, Steve said.

“The man more or less lay down, I know he burst into tears, you could hear him crying. I think the realization came in.”

Steve was full of praise for the group of men who had surrounded the alleged perpetrator: “They were just so good, they should be commended.”

North Shore MP Simon Watts said he knew there had been a stabbing.

“Several people have been injured and my thoughts are with them and their families,” he said.

“Thank you to the police, ambulance and first responders for supporting our community today.”

“My heart goes out to all the victims and their families,” said the national MP.