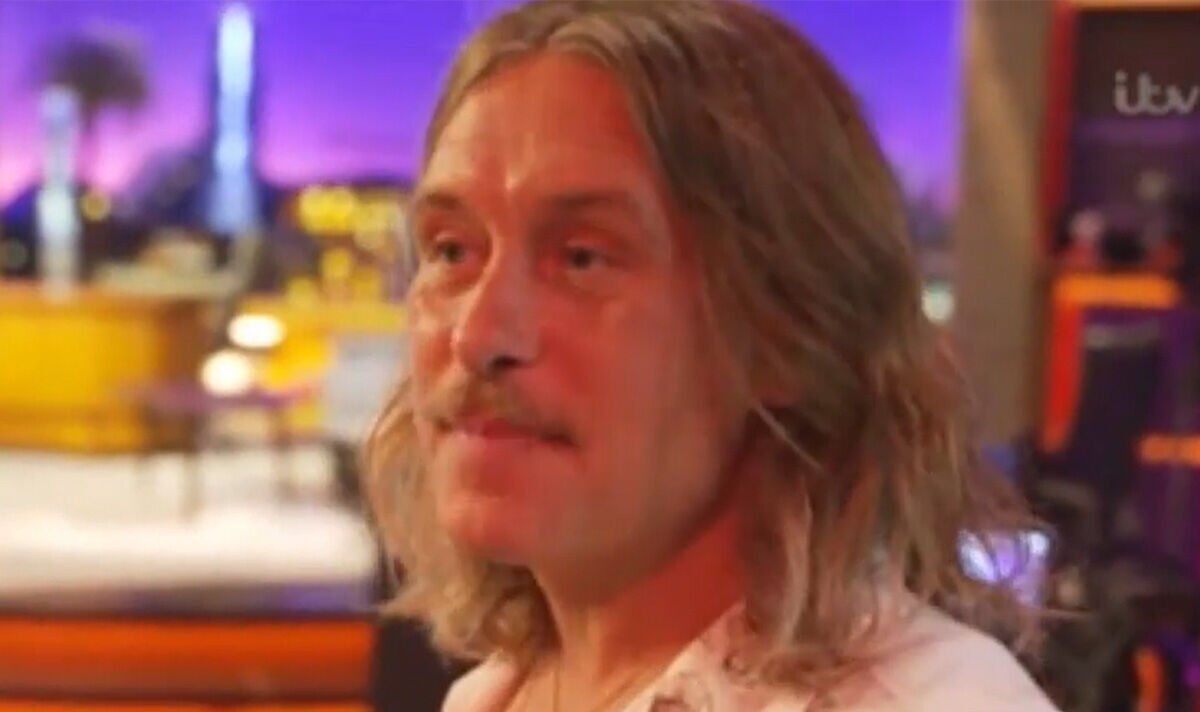 Singer Mark Owen joined Lorraine’s US entertainment correspondent Ross King to discuss his decision to embark on a solo singing career for the first time in more than a decade. However, ITV viewers, and even Lorraine, were blown away when he debuted a new look, including long blond hair and a blond moustache.

Lorraine introduced the show and what viewers can expect during a conversation with GMB’s Richard Madeley and Susanna Reid and began: “Back with new music and a completely different look.

“We catch up with Take That’s Mark Owen as he goes solo for the first time in ten years.”

Viewers were also taken aback by Mark’s new look and took to Twitter to voice their opinion.

“And now I’ve become quite attached to it, my wife keeps telling me, ‘The hairdressers are open, you can get it cut’, but I don’t want that!”

After talking about his new look, the pair talked about his comeback to music and the difference he feels when performing alone and with the band.

Mark admitted, “I’m not very good at multitasking, so when we do Take That, all my attention goes to Take That, the songs, the shows.

“And then when I’m doing myself, I have to put it all in there, I can’t do both.”