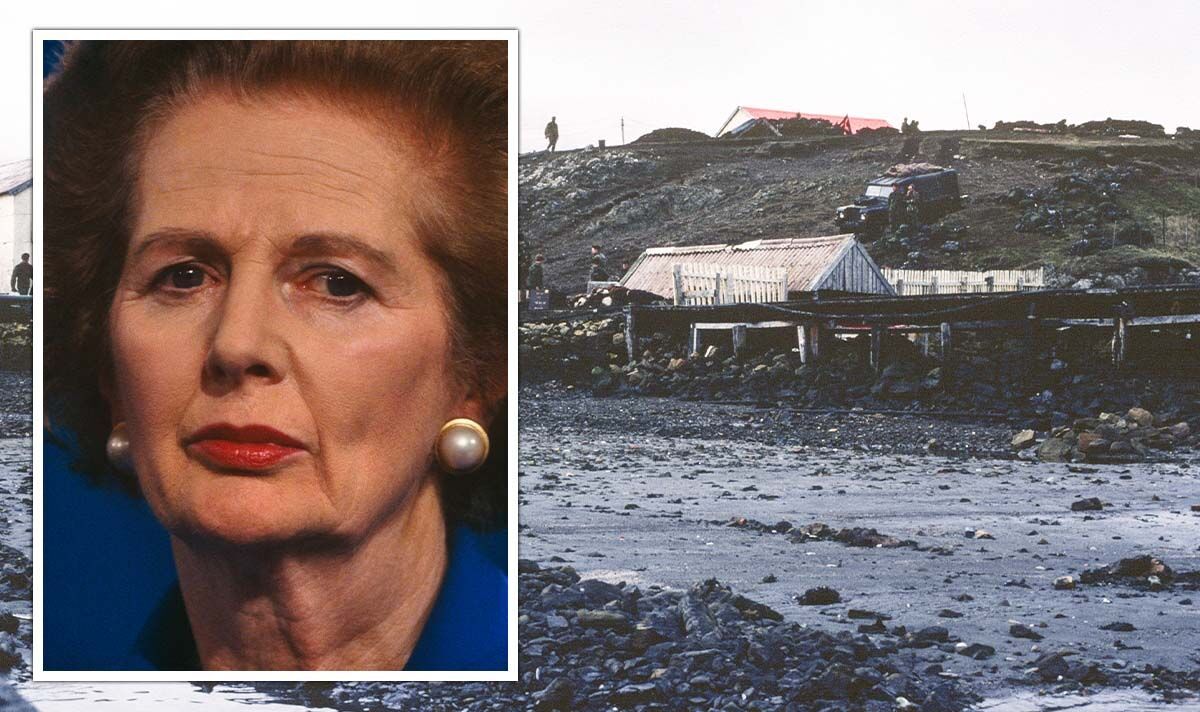 Today marks 40 years since the UK won the Battle of Goose Green during the Falklands War. In the fierce battle, 17 British soldiers were killed, while 47 of their Argentine counterparts also died. Goose Green was the first major land conflict of the Falklands War and the most intense combat experienced by most soldiers. The merits of the battle are disputed as it was seen as a way for the Margaret Thatcher government to maintain public support for the war at home.

He wrote: “The [defence cuts programme] was conceived on an ad hoc basis in two months.

“It has not been validated nor has it been thoroughly researched. No alternative options have been considered.

“It has all accelerated. Such unbalanced destruction of our overall defense capability is unprecedented.

“It must raise serious doubts about the US response in the context of your own conventional insurance and successful negotiations on the Trident project that is so important to our country.

“We are on the eve of a historic decision. War rarely takes the expected form and a strong naval capability provides flexibility for the unforeseen.”

The letters unearthed are poignant today as the nation commemorates the soldiers who gave their lives at Goose Green and throughout the rest of the war.

The battle on the central isthmus of the Falklands was led by the 2nd Battalion, Parachute Regiment (2 Para).

But the soldiers faced an uphill battle during the 40-hour conflict, sometimes under enemy fire for hours on end.

The battlefield was a patch of almost characterless, boggy ground, which gave soldiers little cover because it was so flat.

The fighting began in the early hours of May 28 and British forces faced a barrage of attacks that were heavier than expected, including mortar shells.

Despite the British being outnumbered two to one by the Argentines, Argentina agreed to surrender after talks led by 2 Para’s Major Chris Keeble.