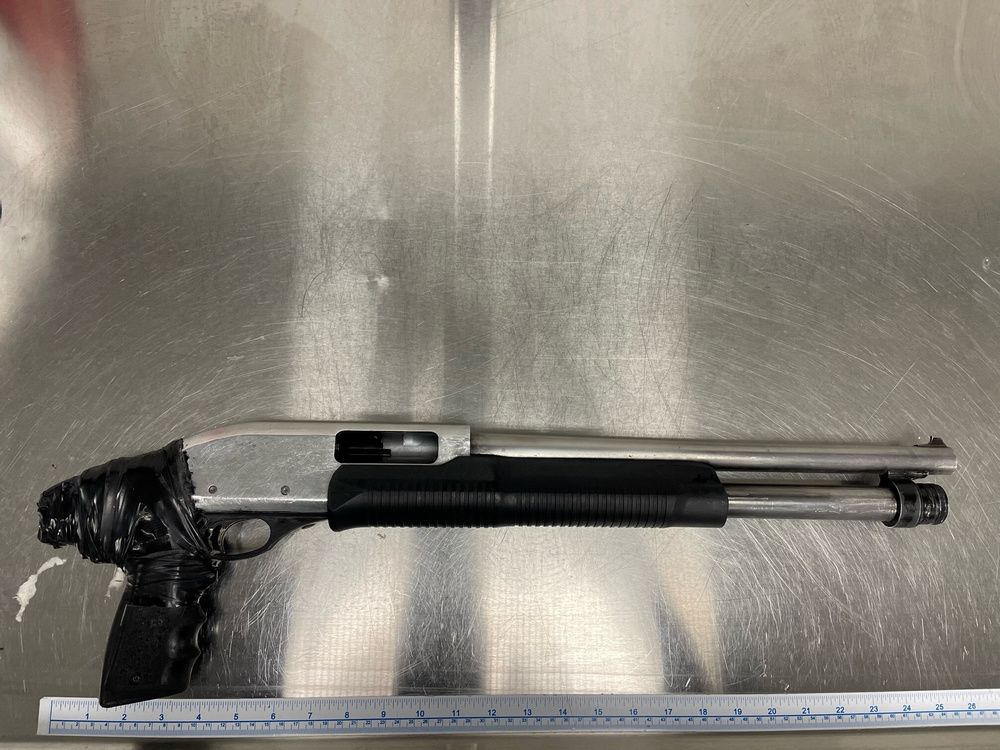 A 28-year-old man with a lifelong firearms ban was arrested Monday after a 12-gauge shogun was found in a vehicle.

Police said shortly after midnight Monday that officers made a traffic stop at a GMC property after police noted the vehicle’s license plate had been “obscured”.

While speaking to the driver and passenger of the vehicle, officers from the Gang Suppression Team (GST) under the Organized Crime Division of the Edmonton Police Department identified the passenger as a 28-year-old wanted on a Canada-wide warrant for violating of the conditions.

Officers ordered the driver and passenger to get out of the vehicle, after which the passenger indicated that he was in possession of a gun. Police said a loaded and modified 12-gauge shotgun and ammunition were on the suspect.

The suspect did not hold a valid possession and acquisition license and the gun’s serial number had been removed, the Edmonton Police Department said.