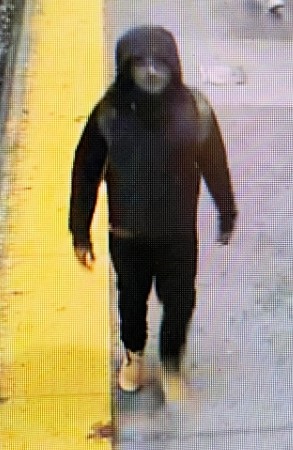 Toronto police are looking for a suspect they believe threatened a man with a knife during a robbery on a GO train bound for Union Station.

According to investigators, the male suspect sat next to another man and demanded his cell phone, pressing the knife against the victim.

Police released security footage of the suspect on Thursday.

The suspect is described as 5 feet 8 inches tall, 145 pounds, of average build and gold teeth in the upper left of his mouth. He wore a black hoodie, black pants, brown boots with white fur on them and carried a camouflage backpack.