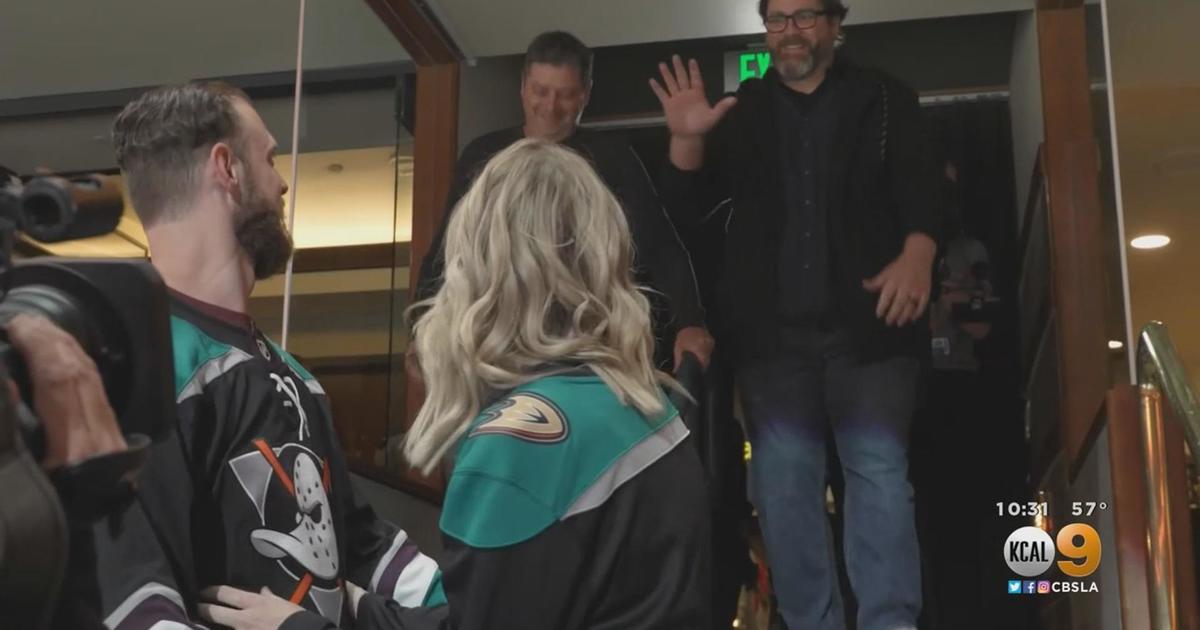 Tanner Bergine, who survived a terrifying landslide, was surprised by the two men who rescued him from that harrowing experience during Thursday night’s Anaheim Ducks game.

“I was very nervous,” said his wife Taylor Bergine. “I’ve been planning this with the Ducks since August.”

Taylor told her husband, a diehard Ducks fan and emergency room X-ray technician, that he was honored at the team’s Healthcare Appreciation evening. But what she didn’t tell him was that Tanner was about to reunite with the two men who rescued him during a landslide in Zion National Park.

In 2018, after the two became engaged, Tanner and Taylor decided to go to Utah and hike through Zion National Park.

As the Bergines walked through the beautiful wilderness on their first walk through Zion, the two looked up in what seemed an instant and saw a rock the size of a house coming straight at them. Tanner pushed Taylor out of the way, but he couldn’t get out of the way.

“Unfortunately, I took a boulder against my leg and just tore my foot off,” he said.

Fortunately, 10 off-duty doctors, nurses and medical experts were close to Tanner and rushed to save him.

“We used these canes to stabilize his leg,” said Danny Allan, an Orange County nurse.

Allan and physician assistant Travis Brault carried Tanner three-quarters of a mile to a waiting ambulance. After four years, filled with 11 surgeries to keep his leg intact and intensive physical therapy, Tanner was able to reunite with the two men who saved him from Zion.

Happy to see Allan and Brault again, Tanner was even more grateful to the Ducks and his wife for the big surprise.

“I knew I would always be a Ducks fan, this just makes it stronger,” Tanner said.