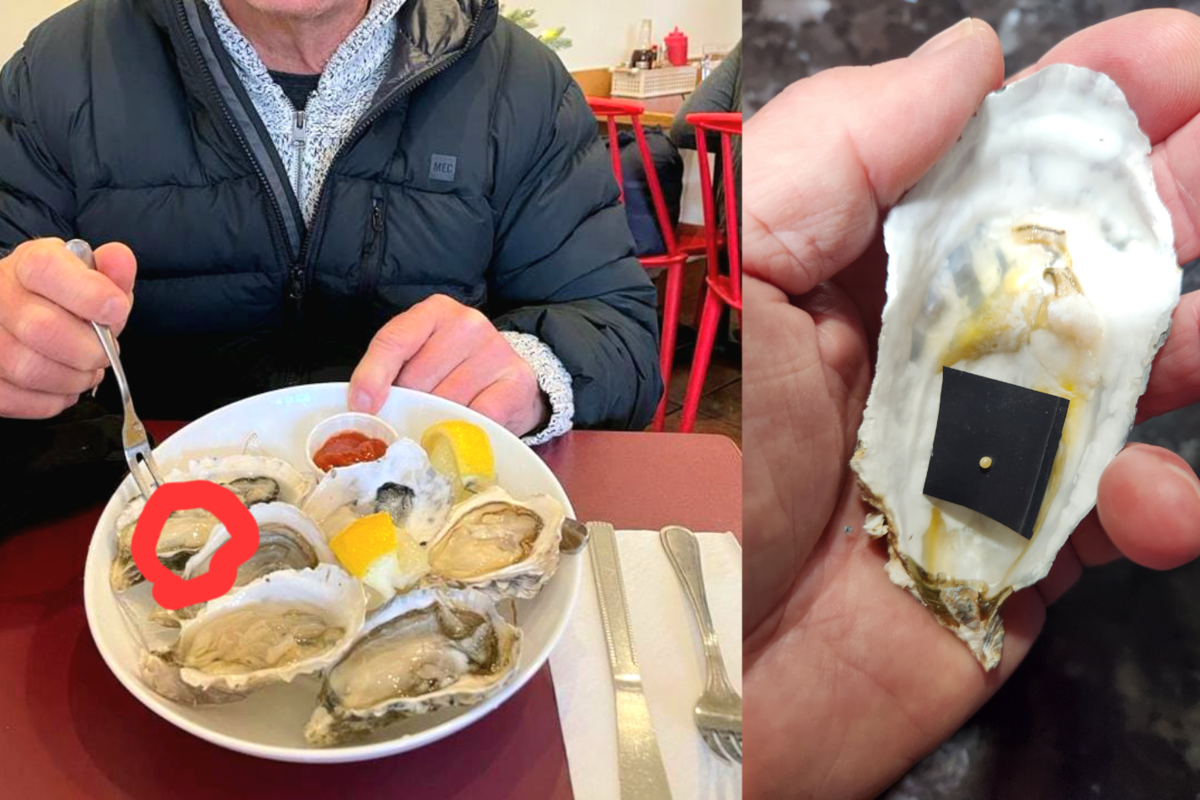 Most people are sad when they find something in their meal that shouldn’t be there.

To be fair, it’s usually a hair, fly, or piece of bone.

But for Rudy Pospisil it was a lucky moment.

Pospisil, a firefighter from the Vancouver area, was shopping on Granville Island last weekend when he stopped by for a meal at Tony’s Seafood and Oyster Bar.

“I rarely eat oysters, but they were special, so I thought, ‘Why don’t I have half a dozen?'” he says Vancouver is great.

The food arrived and he had a friend take a picture of the fancy meal before digging into it. When he put one of the oyster shells in his mouth, he felt something hard.

“I thought it was a piece of shell,” he says.

He pulled out the hard little object and it turned out to be a small white pearl. The photo his friend took earlier actually captured the pearl inside the oyster.

Pospisil’s server said it’s an extremely rare occurrence. “It’s a 1 in 10,000 chance of finding a pearl in an oyster,” he says. “The server told me to buy a lottery ticket, that it was my lucky day. So I did and I won…another free ticket.”

Aside from the advice, the server also gave him the shell the pearl came from.

“I’m going to mount this pearl in the shell and give it to a special girl for Christmas,” he says.

Pospisil has just completed a global bike ride to raise money for charity and says he’s never had a meal quite like the one on Granville Island during that massive journey, which has seen him eat in more than 30 countries.

“I’ve never found a pearl or anything of value in a meal, other than indigestion in some rough places,” he says.