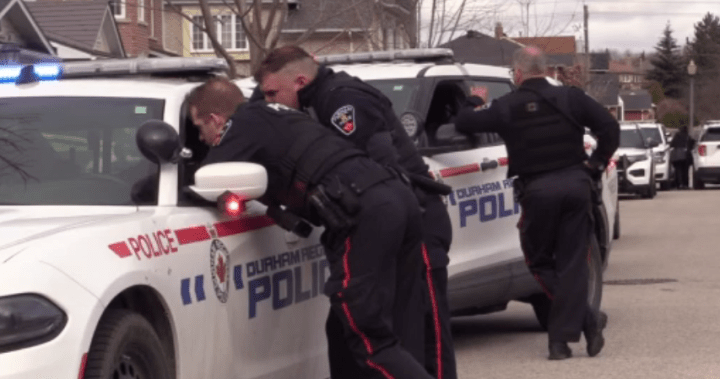 Officers have made an arrest and charged a man following a fatal domestic stabbing in Ajax, Ont., Friday, Durham Regional Police say.

Police were called to a house on Bowles Drive after reports of a stabbing around 3:55 pm Friday. They found a man and a woman at the property, both in life-threatening condition.

According to a press release, the two victims were transported to hospital with serious injuries. The man, an 18-year-old, was pronounced dead at hospital; the woman is in stable condition, police said.

In a tweet Friday, police said one person was in custody.

An update Saturday confirmed a 22-year-old man had been charged with second-degree murder, attempted murder and aggravated assault.

Man transported to hospital after stabbing in Toronto: police

Investigators said there was no threat to public safety.

The incident is Durham’s fourth homicide this year.

1:09
Durham Regional Police say a man was stabbed several times in the town of Bowmanville