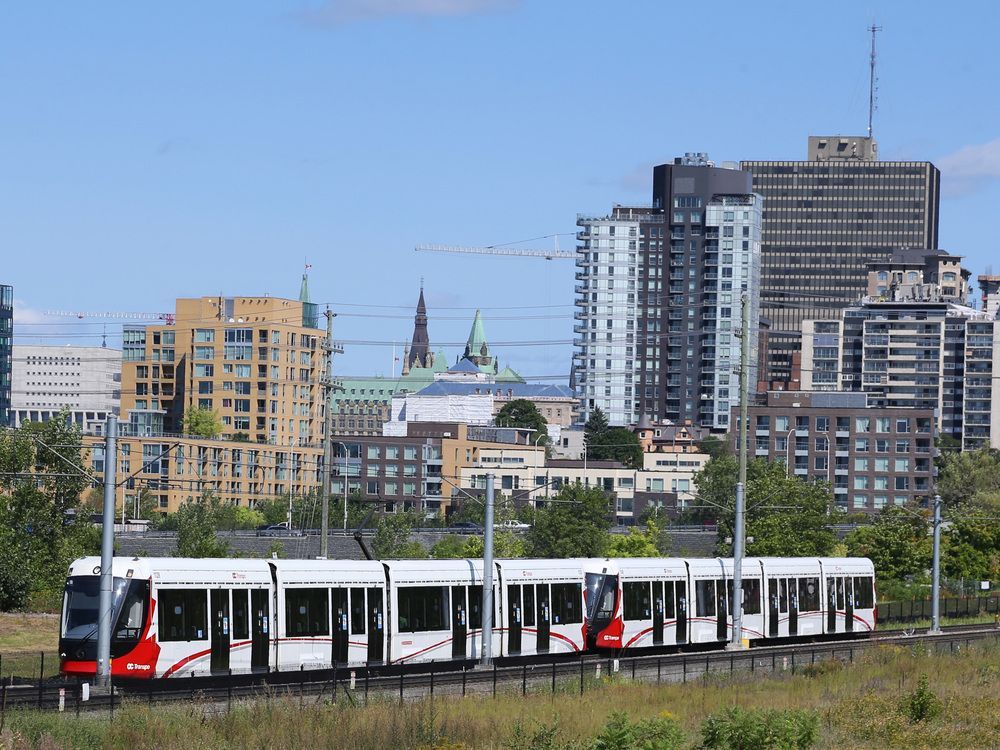 Peter Lauch, who left the CEO position in July 2020, said RTG was not asking for changes to the trial run criteria, but said the city was making the offer through Troy Charter, director of OC Transpo.

John Manconi, the city’s former general manager of transportation, testified on Tuesday that he recalled Lauch requesting that the trial run criteria developed in 2017 be used.

On Wednesday, day 13 of the investigative hearing, Lauch said he disagreed with Manconi’s testimony.

Justice Commissioner William Hourigan has heard several stories about how the criteria were adjusted during the August 2019 trial.

The 2017 criteria had a “total vehicle mileage” performance requirement of 96 percent in nine out of 12 days of trial run.

The criteria changed in 2019, with RTG supporting a performance requirement of 98 percent for 12 days.

Lauch agreed with Kate McGrann, co-chief adviser to the committee, that the 2019 criteria better prepared RTG’s maintenance division for revenue service. He also agreed with city attorney Sharon Vogel that the 2017 criteria were “reasonable.”

In Lauch’s version of events, the city offered to return to the 2017 criteria. It came as the LRT system struggled to meet performance standards during trial runs.

In an email Lauch sent to RTG executives on August 15, 2019, he explained the city’s “non-negotiable offer” that changed the test drive criteria and reduced the number of trains needed for peak services from 15 double car trains to 13 trains.

The commissioner heard that at that time only 13 trains were needed to meet the passengers of Transpo.

RTG would continue to meet the test run requirements with a performance of 97 percent.

In questions to a group of city councilors on the witness stand Wednesday afternoon, committee adviser Chris Grisdale highlighted a discrepancy in access to information about the decision to relax test run criteria.

Allan Hubley, chairman of the transit committee, who was part of a WhatsApp group with mayor, city manager and city transportation chief John Manconi, recalled being informed that the criteria were being changed.

Grisdale pointed out that he received this information before the other councilors testified Wednesday — Catherine McKenney, who sits on the transit committee, and Diane Deans — and “in fact, they only received that information after the trial run was declared a success and after the criteria had been met.” basically changed,” Grisdale said.

Hubley said every committee chair has these kinds of briefings with staff; it is not unique to the transit commission or the LRT issue.

While Deans, a longtime councilor and former chairman of the transit committee, agreed that committee chairmen get a lot of information because of the position they occupy, she claimed that if she had gotten the kind of update Hubley received in this case, “it would be for have been very important to me to ensure that this was shared with all members of the board in a timely manner,” adding later, “it gets to the heart of system readiness.”

And it wasn’t just her co-elected officials who accused Deans of withholding important information. She recalled a presentation by Manconi in September 2018 to the council’s finance and economic development committee, in which “he said very clearly that the city was not willing to accept any dilution of the prescribed test run requirements.”

She also put up a memo that Manconi was about to send to the board when the test run was paused after a rocky start. Ultimately, he didn’t, after city manager Steve Kanellakos reminded Manconi of their commitment to keep the council informed only after the trial run was over.

Between the two cases, “there was, in my opinion, a significant omission of information that the board should have had,” Deans testified.

She was not the only witness Wednesday with complaints about insufficient sharing of LRT-related information outside a bubble of selected city officials and politicians.

Grisdale reminded the testimony committee the previous day that engineering consultant STV had raised concerns with the city about the maintenance readiness of RTM, a subsidiary of RTG, in the spring and summer of 2019. Responding to questions from Grisdale, Sarah Wright-Gilbert, Commissioner for Civil Transport, confirmed that she had not received any information about this and would have liked to.

“In my opinion, without this information, we would have been poking around in the dark as committee members to find out why our brand-new system has suddenly piled on all these problems.”

City attorney Peter Wardle, for his part, argued the importance of the separation of the council’s role – generally policy issues and staff oversight – and the responsibility of staff to deal with operational issues.

The public can watch LRT investigative hearings on video screens set up in Fauteux Hall at the University of Ottawa, online at www.ottawalrtpublicinquiry.ca or on Rogers TV (channels 470 in English and 471 in French).